Some Labor MPs have openly discussed the prospect of quitting the government and joining the crossbench amid a factional purge that prompted senior MPs to warn against “bloodlust” and call for an intervention from Premier Daniel Andrews.

Ten sitting MPs who were aligned with sacked former minister Adem Somyurek are facing pressure to leave Parliament at next year’s state election, The Age revealed on Tuesday. 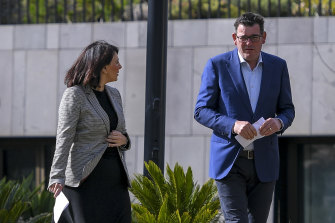 Kororoit MP Marlene Kairouz is likely to resign if she is forced out, sources close to Ms Kairouz said, and others may follow and trigger byelections if they are dumped, creating a potentially embarrassing test of the government’s support in the outer suburbs, where polling shows its popularity has dipped.

“If common sense does not prevail, it could cause real headaches for the government going forward,” upper house MP Cesar Melhem said.

“I call on the Premier to intervene and make sure it doesn’t occur. If the Socialist Left and part of the right are serious about stability, they should not be going out there deselecting people for no reason. They need to have a hard look at themselves in the mirror and back off.”

Trade Minister Martin Pakula said the dominant factions that took over the Victorian branch in the vacuum left by Mr Somyurek’s fall from power must refrain from “going over the top” and need to act in the best interests of the government and its re-election prospects. 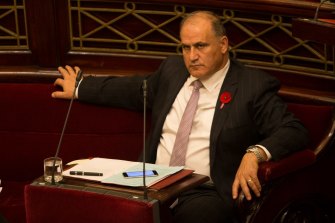 “People should maybe check some of their ambitions at the door,” he said on ABC Radio Melbourne. “From time to time, various groups are in the ascendancy in the party … While they’re in the ascendancy, it’s important to behave judiciously and not demonstrate undue bloodlust.

“Those alliances change from time to time and those on the top can find themselves in a different position down the track.”

The calls for calm come as senior members of the Socialist Left faction associated with the Premier mobilise to save the career of long-time Narre Warren North MP Luke Donnellan, who admitted to branch stacking amid a damning corruption inquiry into Mr Somyurek.

Purging a large group of sitting MPs would be unprecedented in the modern history of Victorian Labor, where MPs are usually ushered into retirement with a minimum of fuss. 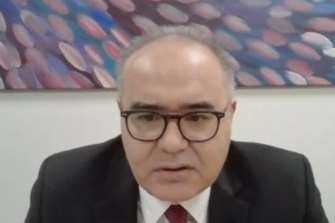 The catalyst for the friction was the federal takeover of the branch prompted by an Age exposé of Mr Somyurek’s branch stacking last year. The takeover means preselections are now controlled by the party’s Canberra-based national executive, where anti-Somyurek forces hold a majority, meaning MPs who were aligned with him have minimal ability to fend off challenges.

A group of about 20 MPs who are not members of the dominant coalition of factions met on Monday night to discuss a strategy to ensure MPs are saved. The meeting – which included government ministers Mr Pakula, Attorney-General Jaclyn Symes and Corrections Minister Natalie Hutchins – agreed on a final attempt to persuade the Premier to intervene.

They discussed the prospect of upper house MPs quitting the government and sitting on the crossbench if they were moved into unwinnable positions on Labor’s election ticket, according to four people on the call speaking anonymously to detail the confidential discussion.

One MP said this option was improbable, but another said anger was so intense the threat had become increasingly realistic. The Age is not suggesting the three ministers endorsed these strategies.

The Premier is starting his summer break on Friday – at least a week earlier than in previous years – which is the same day preselection nominations close.

Some in the party have speculated about whether Mr Andrews has knowledge of the MP hit list. His level of knowledge is unclear, but The Age has confirmed from several sources that he has at least three direct or indirect lines of communication with bosses of different factions.

The dominant groupings in the party are the Socialist Left and right sub-factions associated with federal MP Richard Marles, the Shop, Distributive and Allied Employees Association, and the Transport Workers’ Union.

Factions excluded from the power-sharing deal are the Australian Workers’ Union, aligned with federal MP Bill Shorten, the National Union of Workers, which includes Mr Pakula and Treasurer Tim Pallas, and the Health Workers Union.

In the lower house, Frank McGuire in Broadmeadows, Mr Donnellan in Narre Warren North, Robin Scott in Preston and Marlene Kairouz in Kororoit could all be facing preselection challenges.

In the upper house, Mr Melhem, Nazih Elasmar, Tien Kieu and Kaushaliya Vaghela also face losing their positions. Upper house MPs Mark Gepp and Jane Garrett, who factional heavyweights wanted out, have announced they will not be contesting the next election, though they also departed for personal reasons.