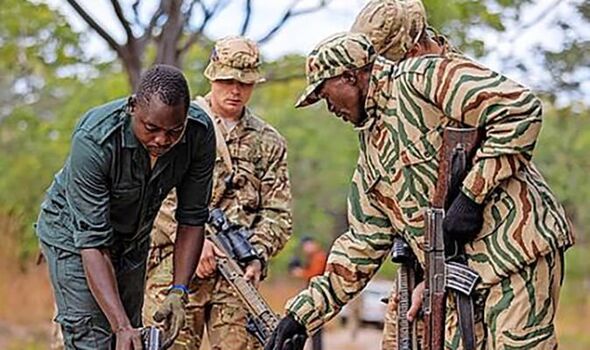 Captain George Davidson, the Army liaison officer to the Zambian Government, said their toughest job is convincing locals that the animals are not a menace – even though they destroy crops. He told the Daily Express: “They are seeing the wildlife as a threat. If a farmer in the UK keeps chickens, and a fox gets into their pen, the farmer shoots it. “When it happens here, it just happens to be an elephant, a hippo or a rhino. 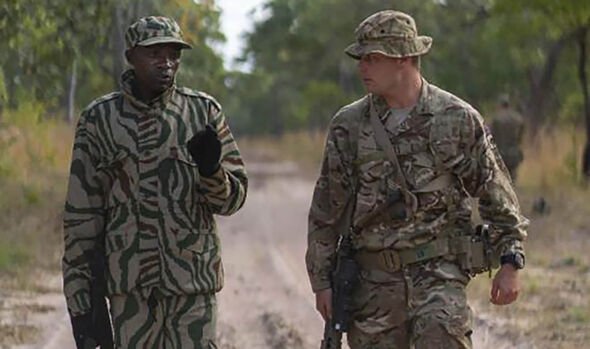 “It is really hard when people have had their crops wiped out, but education is the only way to drive behaviour change. It is an enormous problem.”

Some 35 British soldiers from 1st Battalion Welsh Guards have been working in Kafue National Park since March. They are due home later this month.

Poaching is estimated to be worth £17billion a year, with elephants, rhinos and hippos hunted for their ivory tusks.

Officials are hoping to convince more locals to root out poachers by highlighting the positive side of conservation.

Capt Davidson said: “The great threat we face is being without these species forever. Rhinos have been poached out of 19 of the 20 national parks in Zambia.

“It would be completely devastating to lose them.

“The thought of my children and grandchildren not seeing them is greatly depressing.”