One of Johnny Depp’s lead attorneys, Camille Vasquez, was subjected to romance rumors with the actor throughout his defamation trial — rumors she’s now calling “disappointing” and downright “sexist.”

Vasquez quickly became a favorite for all of Depp’s fans watching the trial and it was likely nothing more than wishful thinking from them that prompted the speculation in question. Speaking with PEOPLE about the gossip, Vasquez said it unfortunately “comes with the territory of being a woman just doing her job.” 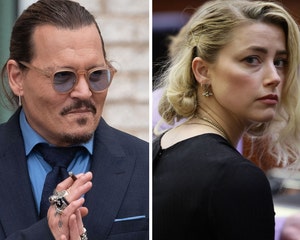 The lawyer told the publication she was “very happy” with her boyfriend and pointed out that it would be “unethical for us to date our clients.”

“It’s also an unethical charge being made. It’s sexist,” she continued. “It’s unfortunate and it’s disappointing, but at the same time it kind of comes with the territory. I can’t say I was all that surprised.”

She went on to call Depp a “friend” who she’s represented for more than four years, calling it “disappointing” if anyone thought her interactions with him were “in any way … inappropriate or unprofessional.”

“I care very deeply about my clients, and we have obviously become close. But when I say we, I mean the entire team, and of course that includes Johnny,” she added. “And, I’m Cuban and Colombian. I’m tactile. What do you want me to say? I hug everyone. And I’m not ashamed about that.”

“This man was fighting for his life and it broke my heart to see him day in and day out have to sit there and listen to the most horrific allegations being made against him,” she continued. “And if I could provide any bit of comfort, then of course I would do that, whether it’s holding his hand or letting him know that we were there and we were going to fight for him because he deserved it.” 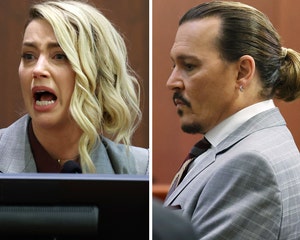 After six weeks of testimony and wall-to-wall media coverage, a verdict was reached in Depp and ex-wife Amber Heard’s dueling defamation trial on June 1 — and a jury totally sided with Depp.

The jury ruled unanimously in favor of the actor, saying that Heard made her allegations “with actual malice.” They also awarded $10 million dollars to Johnny Depp in compensatory damages, plus $5 million in punitive damages. Since there’s a cap on punitive damages in Virginia, she’ll only have to pay $350,000 of that $5 million.

Heard did score a minor victory herself, with the jury deciding statements made by Depp’s lawyer Adam Waldman were defamatory — and awarded her $2 million in compensatory damages. 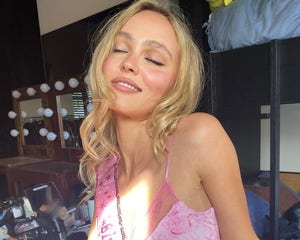