Reunited and it feels so good! Carly Waddell hinted at how emotional coparenting her two kids with Evan Bass can be on Tuesday, January 18.

“Our favorite person [and nanny] @samsardina took this pic this morning when the kids came back from their dad’s house,” the Bachelor alum, 36, captioned a sweet Instagram shot of Isabella, 3, and Charlie, 2, hugging her. “They love going to hang with their dad and brothers on his long weekends but it’s always really big hugs when they come home. And I really really really love those hugs. There’s nothing quite as good.”

The “Dream Train” singer concluded that “the house is too quiet without” the little ones.

The Texas native welcomed her daughter and son in February 2018 and November 2019, respectively, with Bass, 39, ahead of their December 2020 split. The Bachelorette alum is also the father of three sons with ex-wife Marie Bass. 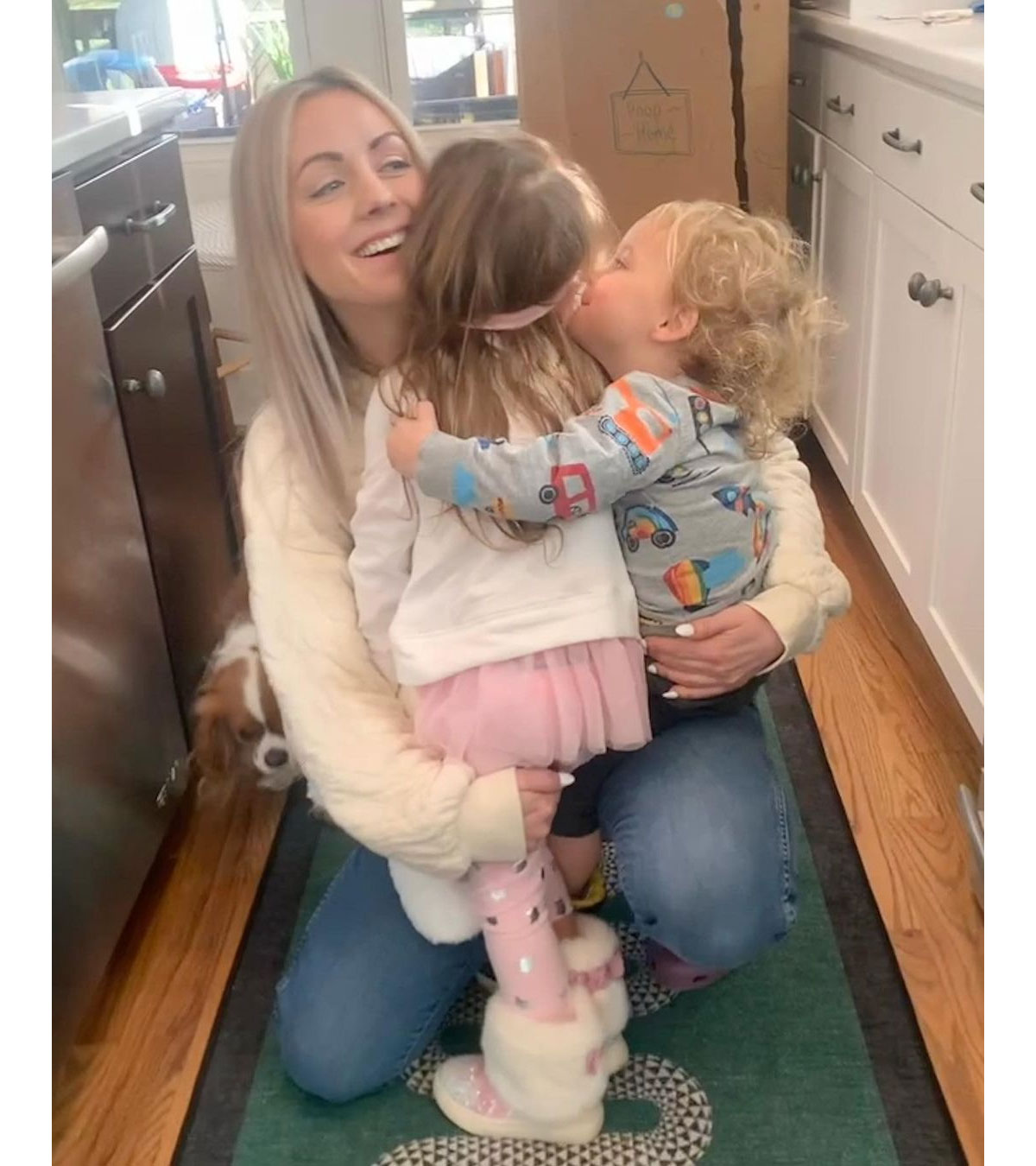 Four months after the Bachelor in Paradise alums called it quits, the erectile dysfunction specialist clapped back at an Instagram hater accusing him and Waddell of “try[ing] to outdo each other” while separately celebrating holidays with Isabella and Charlie.

“Omg some of y’all need to chill,” the Tennessee native captioned an April 2021 Instagram Story shot of his youngest two children opening Easter gifts. “They have lots of grandparents who don’t see them as much and want to spoil. Jiminy Christmas. Also, there’s no such thing as too much Easter cheer.”

As the duo coparent their kids, Waddell has help from a nanny. “Bella says that that’s her best friend, which makes me really happy, you guys,” the “Mommies Tell All” podcast cohost said in a January 2021 YouTube video. “Because I don’t think it could be any better than that. So shout-out Sam, you’re awesome.”

The former cruise ship singer previously joked via TikTok that she is having a hard time “trying to get back in the dating scene.” Bass, for his part, confirmed in June 2021 that he is back on the market.

These ‘Bachelor’ and ‘Bachelorette’ Babies Will Melt Your Heart

The former couple’s fellow Bachelor Nation members Ashley Iaconetti and Jared Haibon are on board with Waddell beginning her next dating chapter on ABC.

The Bachelor Winter Games alum, also 33, chimed in, “It would be somebody who came from a divorce situation in The Bachelor [world].”