Conor McGregor has a new person to go to the mat for.

The MMA fighter, 32, announced Monday that he and fiancée Dee Devlin welcomed a son named Rían. He is the couple’s third child, joining their son Conor Jr., 4, and daughter Croía, 2.

“The McGregor Clan is now a family of 5,” he wrote on Instagram. “Healthy baby boy delivered! Baby and Mammy Wonder Woman are doing great! God I thank you for everything you give to me and my family in this world.” 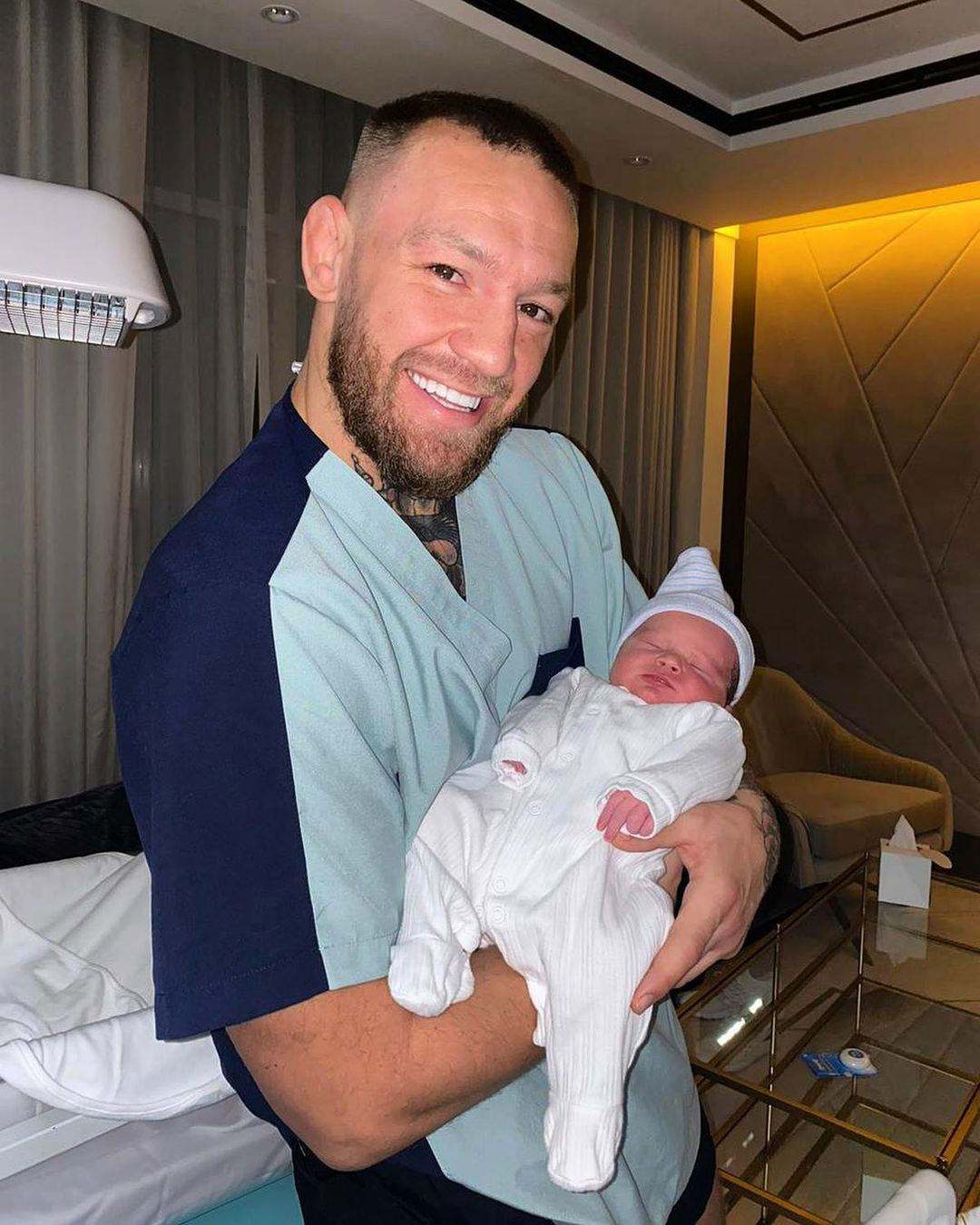 McGregor and Devlin, 33, got engaged in August 2020. They’ve been together since the start of his professional fighting career; Devlin eventually quit her job and now wrestles her betrothed’s books as his finance manager.

Rían’s birth should be an upturn for McGregor, whose 2021 got off to a rough start with a loss to Dustin Poirier at UFC 257. He had announced his retirement in June 2020 but told Page Six in January that when he started to get back in shape following his exit, “I started feeling more explosive, stronger, and I knew I had to get back in the ring.”

Also in January, McGregor launched a line of sports recovery products. He’s presumably hoping to replicate the success he had with his Proper No. Twelve whiskey line, which he sold for nine figures, helping him top Forbes’ 2021 list of highest-earning sports figures, published earlier this month.

The financial magazine ballparked McGregor’s 2020 haul at over $180 million, spurring him past the previous year’s highest earner, tennis player Roger Federer, along with perennial contenders Cristiano Ronaldo and Lionel Messi — and that’s taking into account McGregor’s $1 million donation to first responders in March 2020.