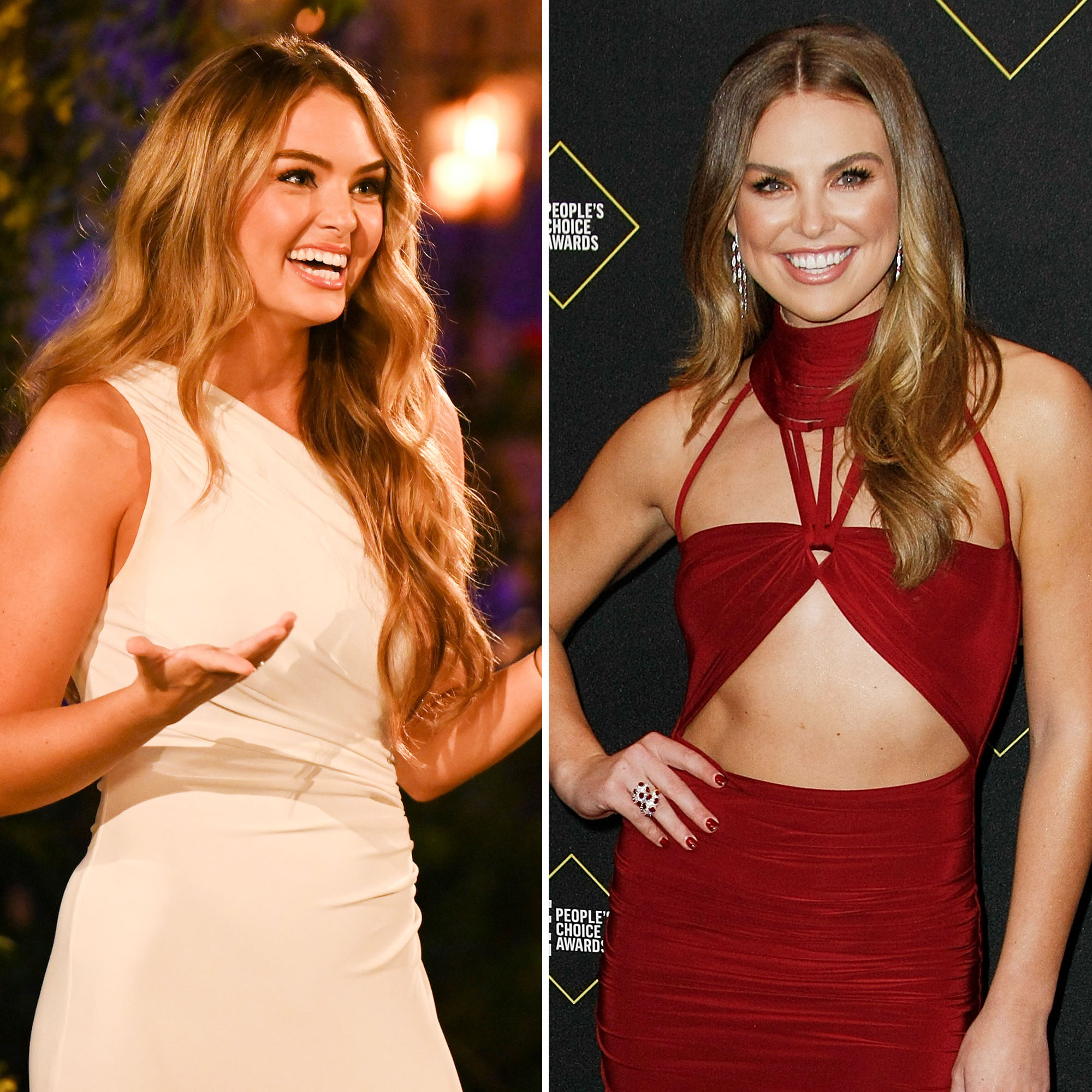 A familiar face? When Clayton Echard met the 31 women vying for his love during the season premiere of The Bachelor, one of his potential brides made some viewers do a double take.

As the first episode of season 26 aired on Monday, January 3, fans wondered if they’d seen contestant Susie Evans somewhere before — somewhere like The Bachelorette. Many social media users pointed out that the Virginia native, 28, bears a strong resemblance to Bachelorette season 15 lead Hannah Brown.

“Hannah Brown? Is that you?” asked one Twitter user on Monday, sharing side-by-side photos of the wedding videographer and the Dancing With the Stars alum, 27. “You’re telling me that’s NOT Hannah Brown?!” asked another viewer of Evans, who shares the Alabama native’s same honey blonde hair color.

Other Bachelor Nation fans thought the former Miss Virginia looked more like Demi Burnett, who appeared during Colton Underwood‘s season of The Bachelor and on seasons 6 and 7 of Bachelor in Paradise.

Clayton Echard’s Season 26 of ‘The Bachelor’: Everything We Know

“If hannah brown and demi burnett had a baby,” one viewer tweeted of Susie, who received the third rose on Monday.

Though the Hannah lookalike impressed Clayton, 28, the former NFL player’s first night at the mansion got off to a rocky start. Before the limo arrivals even started, Salley Carson self-eliminated after realizing she wasn’t ready to move on following her previous broken engagement.

Later in the evening, Claire Heilig made waves when she told the other women that her one-on-one time with Clayton was “not the vibe,” adding that she hated him.

After the Missouri native found out what Claire had been saying about him, he sent her home on the spot.

“I was made aware that there was someone in the house that was just kinda tearing the whole mood down,” he told the other women after Claire’s elimination. “And after speaking with her, I decided to send her home.”

The Bachelorette alum did hit it off with Teddi Wright, who received the first impression rose and shared a kiss with Clayton.

“Kissing Teddi, I feel on Cloud 9. Cloud 10, if you can even get there,” the former football player said of his intimate moment with the surgical unit nurse, 24. “I mean, I felt that spark. Wow. Chills.”

The Bachelor airs on ABC Mondays at 8 p.m. ET.