After making word-class names for themselves in their respective careers, NBA star Stephen Curry, NFL Hall of Famer Jerome Bettis, former NFL star Colin Kaepernick, and actor Anthony Anderson have successfully added yet another milestone to their already-long lists of achievements.

These famous stars can now add college graduates to their sparkling resumes.

Three-time NBA champion Curry received a Bachelor of Arts degree in sociology from Davidson College on Sunday — a whole 13 years after he left school in 2009 to pursue a career on the basketball court.

“Class of 2010….aka 2022 but we got it done!” Curry — who is considered to be one of the NBA’s greatest shooters — tweeted alongside a video of the graduation ceremony.

“Thanks to my whole village that helped me get across the finish line. Made the promise when I left and had to see it through. Official @davidsoncollege alum. Momma we made it! #greatdaytobeawildcat.”

When he left school, Curry had just one semester left on the clock to earn his undergraduate degree, Davidson College said in a statement on Twitter.

“Made the promise when I left and had to see it through.”

“He re-enrolled at Davidson College for the spring semester and worked with two members of the Davidson faculty, a Stanford University professor and a UC Santa Cruz professor who taught Stephen when both were at Davidson,” the college tweeted.

His proud team shared a congratulatory post on Instagram on Sunday, which included an illustration of Curry in his graduation cap and gown.

While Curry didn’t make it to the actual commencement, Davidson College said it “looks forward to an opportunity on campus in the future when we can present his diploma.”

Another fresh college grad over the weekend was Pittsburgh Steelers legend Jerome Bettis. 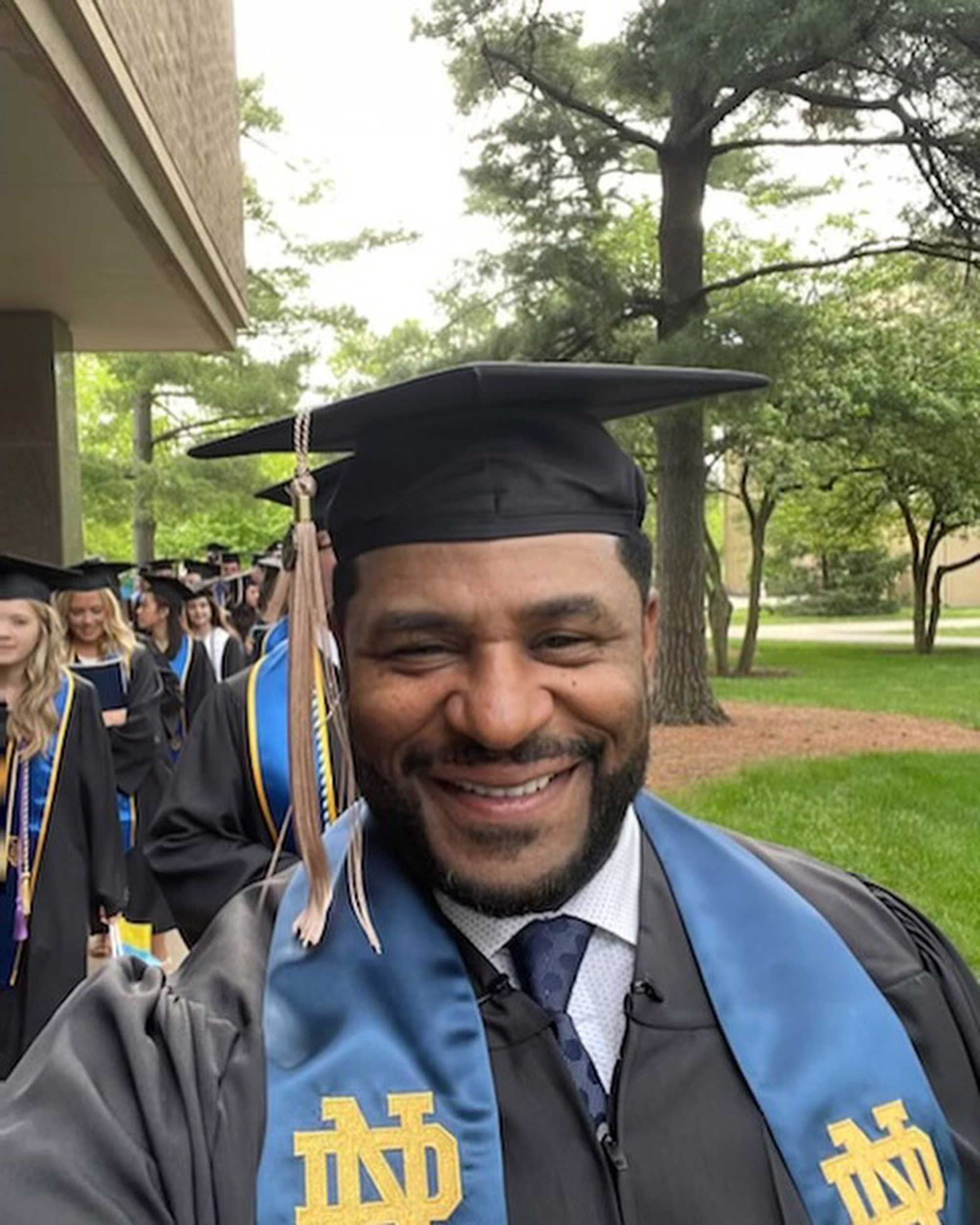 The NFL Hall of Famer officially graduated from the University of Notre Dame at the age of 50 — proving it’s never too late to get a degree.

“I hope my journey serves as a reminder that education is the true equalizer in life and it is never too late to start.”

His big achievement comes nearly three decades after leaving school behind and tackling his NFL dream.

“A promise made, a promise kept. 28 years after leaving @NotreDame, I’ve completed my degree from the Mendoza School of Business,” he tweeted. “I hope my journey serves as reminder that education is the true equalizer in life and it is never too late to start.”

According to Sports Illustrated, Bettis left Notre Dame with just four courses remaining to graduate. He took part in the 1993 NFL draft and was selected by the Rams with the 10th pick in the draft after quitting school before graduation.

Turns out, Bettis managed to keep his own promise.

“I have been waiting 28 years to celebrate this moment,” Bettis said in a post on Instagram, alongside a snap in his cap and gown.

“I am so proud to be a graduate of the University of @notredame class of 2022!! I can’t thank everyone who made this dream become a reality for me.”

Another NFL star looking to kickstart next week with a college degree is none other than Colin Kaepernick. 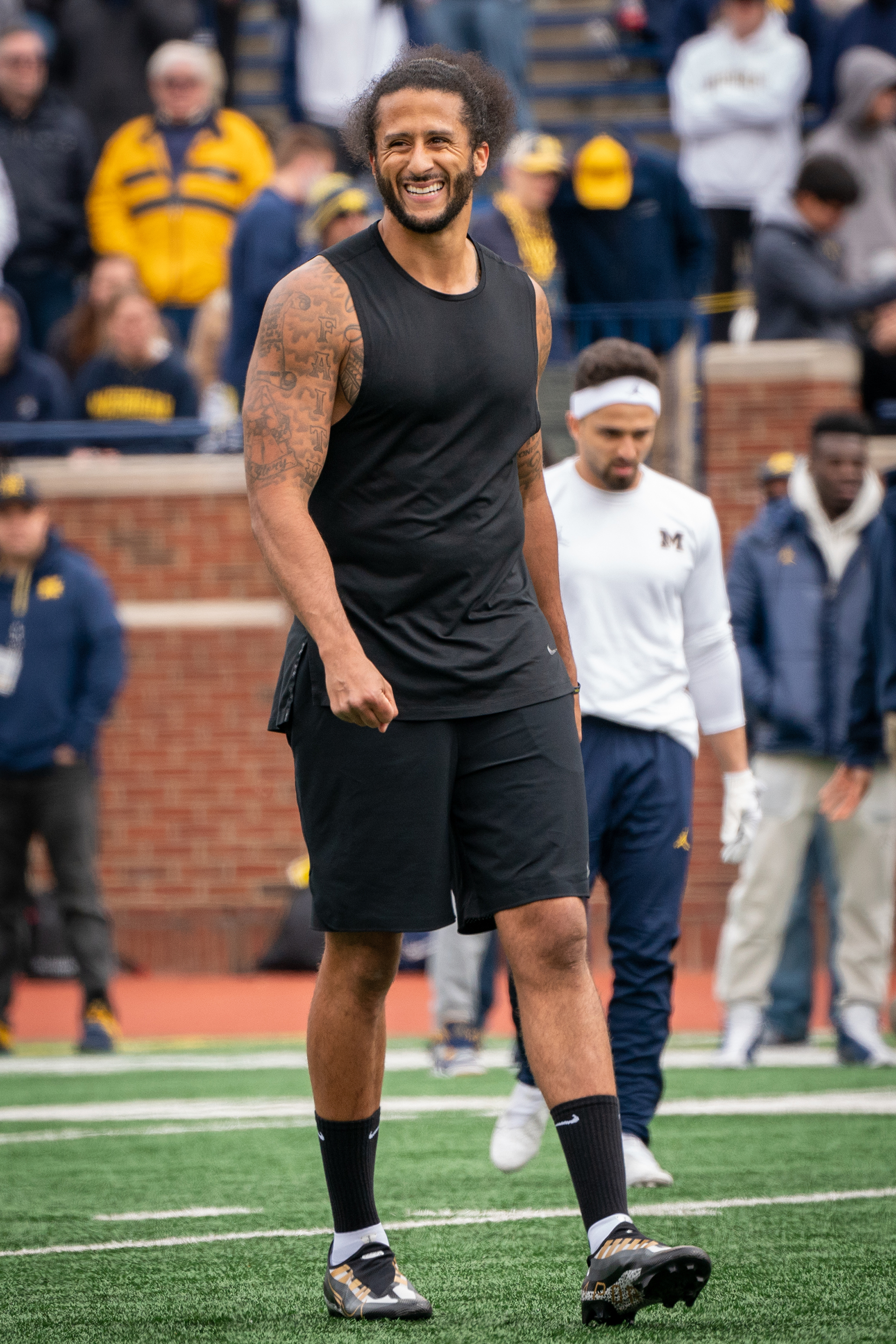 The former San Francisco 49ers quarterback is set to receive an honorary degree from Morgan State University on Saturday because of his social justice work, the university announced.

“Leadership, Integrity, Innovation, Diversity, Excellence, and Respect are more than just words that appear on the flags that adorn our campus, or words that we utter casually when reciting our core values, they represent the embodiment of who we are and what a Morgan graduate stands for,” President David K. Wilson said in a statement.

“With this notion in mind, we intentionally sought a collection of individuals who truly embody these principles, and thankfully we have assembled a trio of diverse voices who have bravely stood—and kneeled—for the betterment and advancement of the voiceless, the marginalized and the disenfranchised.”

Kaepernick, who has been unable to find a team to sign him since 2017, was among the first players to kneel during the pregame playing of the US national anthem to protest the extrajudicial killings of black people by police.

He filed a grievance against the NFL in 2017, claiming collusion as no teams signed him after he parted ways with the San Francisco 49ers. Kaepernick and the NFL settled in 2019.

The athlete drew renewed interest in the summer of 2020 when the NFL expressed it would welcome Kaepernick back, but left the decision up to its member clubs to sign him. No team has done it so far.

It wasn’t just athletes who obtained college degrees this month.

Actor and comedian Anthony Anderson walked out of Howard University as a fresh grad on May 8.

“It’s literally been 30 years in the making… Things happen when they’re supposed to happen.”

The “Black-ish” star, 51, showed off his new diploma as he thanked his professors in a heartwarming Instagram post.

Anderson wrote, “To quote Biggie, ‘IT WAS ALL A DREAM!’ Words can’t begin to describe the emotional roller coaster I’m on right now. 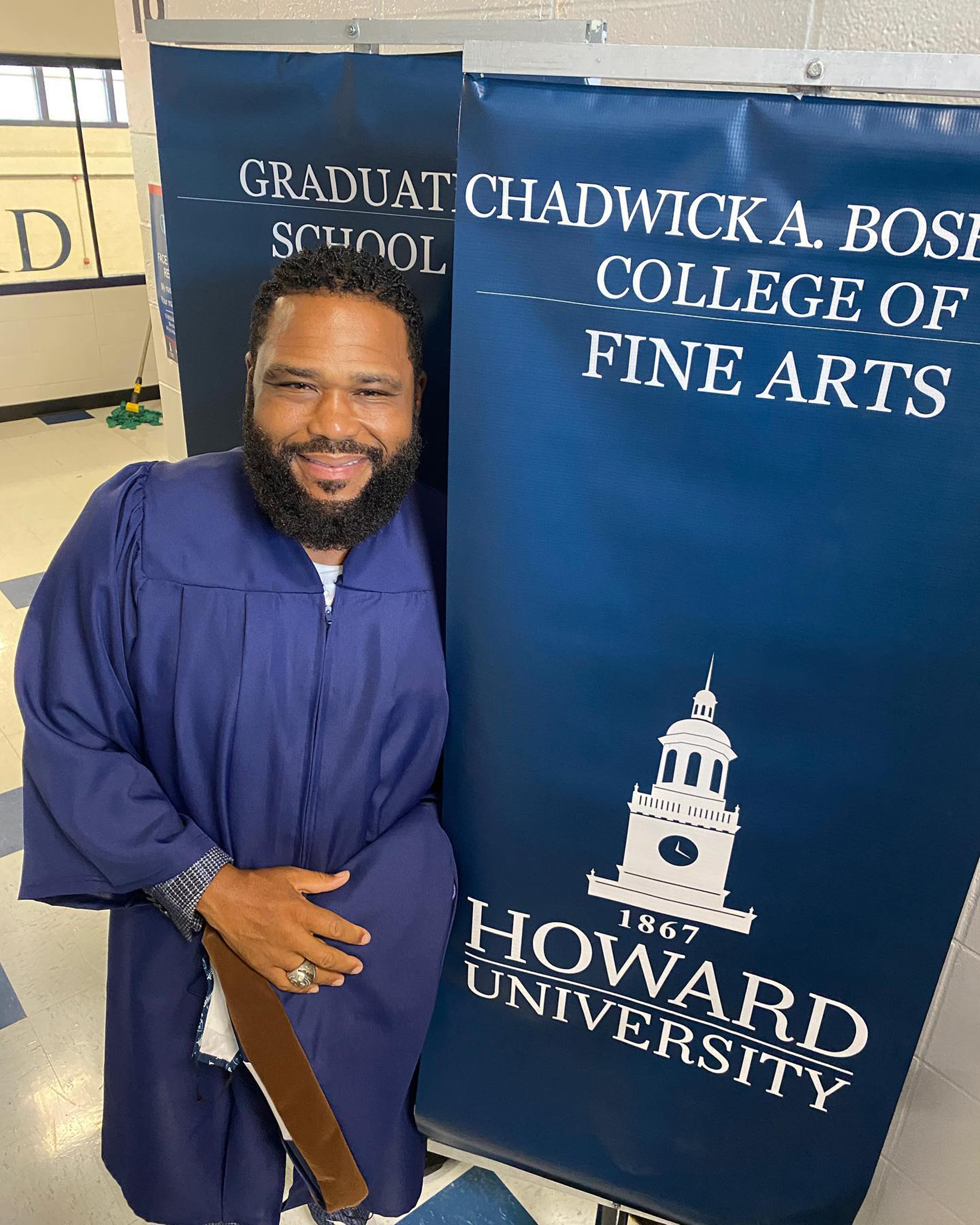 “It’s literally been 30 years in the making. This spring I was finally able to complete the work to graduate from Howard University with a BFA degree from the Chadwick A Boseman College of Fine Arts! Yesterday was a full circle moment,” wrote, adding it’s “never too late.”

“Things happen when they’re supposed to happen,” he added.