Gwyneth Paltrow reveals how she really feels about Dakota Johnson

Goosh, there it is.

While fans have frequently compared Gwyneth Paltrow’s Goop and Kourtney Kardashian’s Poosh brands — both of which tout the benefits of clean ingredients, holistic treatments and pricey sex toys — the two women are putting rumors of their rivalry to rest.

On Wednesday, Harper’s Bazaar revealed that Goop and Poosh have collaborated on a new candle dubbed, fittingly, “This Smells Like My Pooshy.”

The latest follow-up to Goop’s viral “This Smells Like My Vagina” votive, the Poosh scent features notes of black gardenia, geranium, green pepper, Timur berry, honeysuckle, ylang-ylang, and oak moss, and costs $75 for a full-sized candle and $20 for a mini version.

Fans will be able to shop the new launch online at goop.com and poosh.com beginning at 9 p.m. PT, coinciding with an appearance by Paltrow on Hulu’s “The Kardashians.” 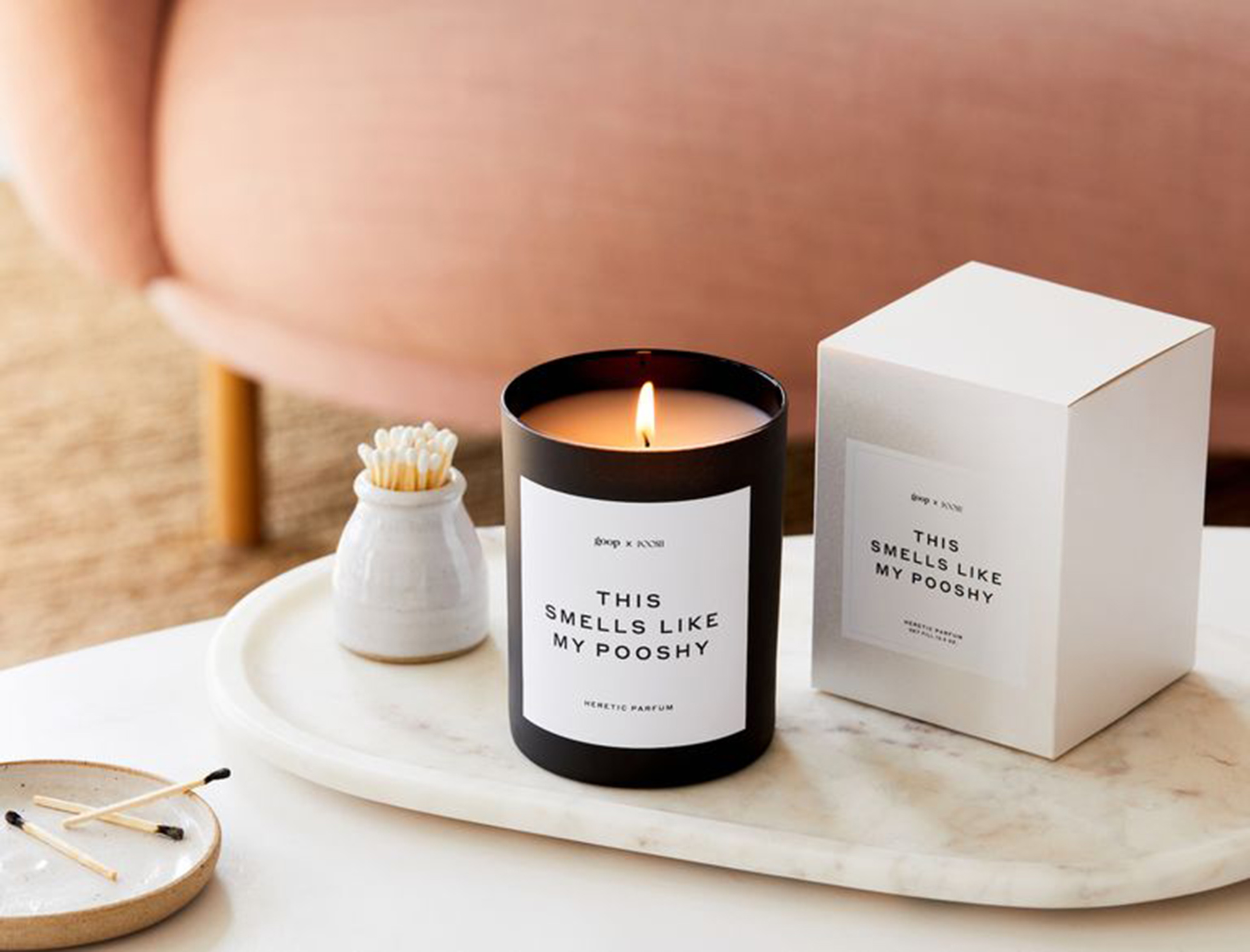 Paltrow recently took to her Instagram Story to defend Kardashian and Poosh, responding to a commenter who asked if she is “upset” that Poosh “copied” her.

“This idea that women need to be in competition is legacy patriarchy bulls—t, there is room for EVERY woman to fulfill her dreams,” Paltrow replied, in part.

She also dispelled rumblings of bad blood last year by sending Travis Barker a customized version of her “This Smells Like My Orgasm” candle personalized with Kourtney’s name.

We tried the Goopiest products from Gwyneth Paltrow's lifestyle empire