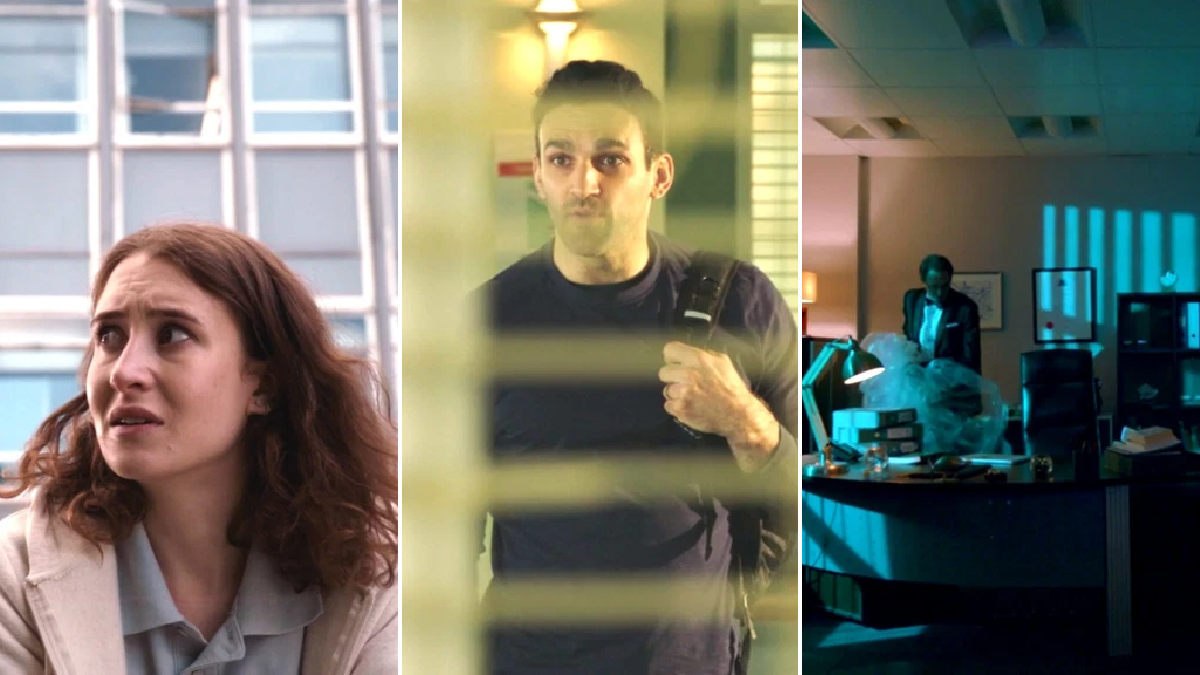 Holby City have released a summer trailer teasing what’s to come over the next few weeks, and there’s a lot to talk about.

Half of this trailer shows a recap of what’s occurred over the last few months in Holby City Hospital.

From Kian’s (Ramin Karimloo) death to Lucky (Vineeta Rishi) warning Max (Jo Martin) about Jeni (Debra Stephenson), it’s been a dramatic time on the wards, but if anything, the drama has really only just begun.

As Sacha (Bob Barrett) goes on his first date since Essie’s (Kaye Wragg) death, there’s a lot going on, so let’s take a look…

We don’t know an awful lot about him, but given the state of the hospital right now, he’ll need to be a powerful doctor to sort Darwin Ward out.

A new face on AAU

As well as Eli, we also say a hello to a new nurse – Madge Britton (Clare Burt).

Judging by the small scene Madge is in, she’s a straight talking, no-nonsense nurse ready to help the team on AAU.

But with Ange (Dawn Steele) pregnant and struggling to deal with the huge change in her life, can she prove to Madge she can successfully run AAU?

Fletch’s (Alex Walkinshaw) partner Jeni appears a kind, caring person on the outside but as viewers have discovered, she’s hiding her real life – she’s the leader of a sex ring and is manipulating Evie (Phoebe French) into spending time with creep Rich (Richard Pepper).

Throughout the trailer, Evie continues to fall under Rich’s spell, but we also see her with a bruise on her wrist…just what has Rich made Evie do?

If Evie is charmed and manipulated by Jeni and Rich, will she even realise what ordeal she’s gotten herself into?

In the dark about his daughter’s troubles, Fletch faces his own drama soon as he’s seen in the trailer chasing a figure down the stairs.

Could this figure be linked to Evie’s sex abuse? Or has Jeni created trouble for Fletch so he’s less likely to pay attention and grow suspicious of Evie?

As Evie says in the trailer, Mia is only fifteen, but will she find herself involved in the same ordeal as her pal?

The trailer also sees Lucky grow suspicious of Jeni again. Before the mental health nurse took leave, she warned Max about the Director of Funding, but can Lucky save Evie and potentially Mia, from Jeni’s clutches?

Or will Jeni put a stop to Lucky before she gets too close?

Delroy gets worse and Ange is given life changing news

Viewers met AAU patient Delroy this week and behind his charm and laughs, the man is seriously unwell. It appears young nurse Kylie (Amy Murphy) will connect well with Delroy but depending on how quickly his condition deteriorates, can Kylie cope if she has to say goodbye to him?

It’s a busy few weeks on AAU as also in the trailer, we discover Ange is pregnant…with twins!

‘Angry, pregnant and Scottish’, oh Ange, what a few months it’ll be for you and Josh (Trieve Blackwood-Cambridge).

Fortunately, after initially refusing to tell Dom (David Ames), Carole tells her son about her diagnosis soon, but how will Dom cope?

With Dom determined to protect his mum, it’s a heartbreaking storyline as the bubbly, happy, fun Carole we all know and love slowly starts to change.

Who is the new Director of Improvement?

We’ve left this one last as; we currently don’t know the answer to the above question! The hospital is under special measures following the CQC inspection and as Henrik (Guy Henry) says, whoever’s sitting in the chair will have a challenge on their hands as they try and save the hospital.

But who will the new Director of Improvement be?

Change is coming…are we about to see the arrival of another new face?