How mum-of-two, 38, lost 17kg in just 16 WEEKS after seeing her reflection in a shop window – and why ‘swap don’t stop’ is the secret to her success

A mum-of-two has revealed how she lost an impressive 17 kilograms in just four months, after her reflection in a shop window horrified her and prompted her to make a change.

Support teacher Ashana Spinelli, 38, from Sydney, said she didn’t recognise herself when she was out shopping one day and decided she couldn’t go on eating and piling on the weight before turning to another crash diet.

Less than half a year later, the mum-of-two has slimmed her physique and now weighs just 64kg. 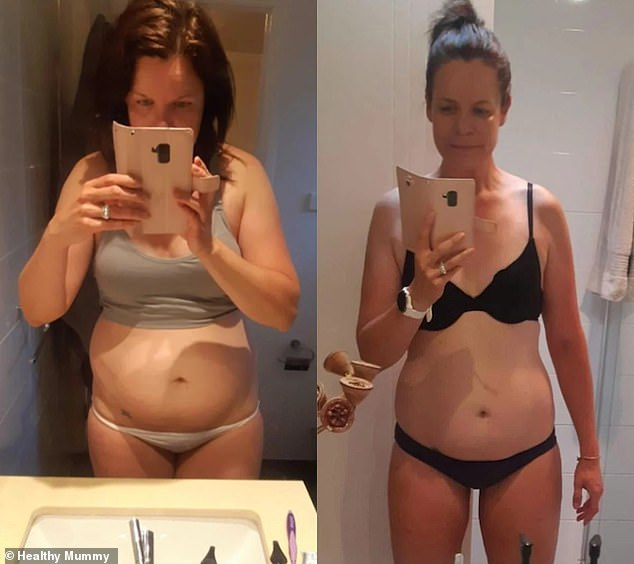 A mum-of-two revealed how she lost 17 kilograms in just four months, after her reflection in a shop window horrified her and prompted her to make a change (pictured before and after)

‘After going shopping and not recognising myself, I went back to my husband and told him I could not go on like this,’ Ashana told Healthy Mummy.

What does Ashana eat now?

* LUNCH: Protein with complex carbs and plenty of vegetables like chicken with brown rice and salad.

‘I’ve always been up and down with my weight and done fad diets. But every time I come off them, I end up putting the weight back on. This time it needed to be different.’

After doing some research, the 38-year-old stumbled upon Australia’s leading weight loss program, Healthy Mummy, which has helped thousands of women around the world lose weight and tone up.

Signing up to the program’s challenge, Ashana took control of her diet and swapped fast food and sugary items for a smoothie each morning for breakfast, energy-dense snacks and veg-packed meals.

‘I now have crackers and cottage cheese or sauerkraut with crunchy veggies as well as The Healthy Mummy Peanut Butter Cookies or the Choc Chip Banana Bread [for snacks].

‘For dinner I have stir fries and now my meals are packed with vegetables. I love the variety on the Healthy Mummy app.’ 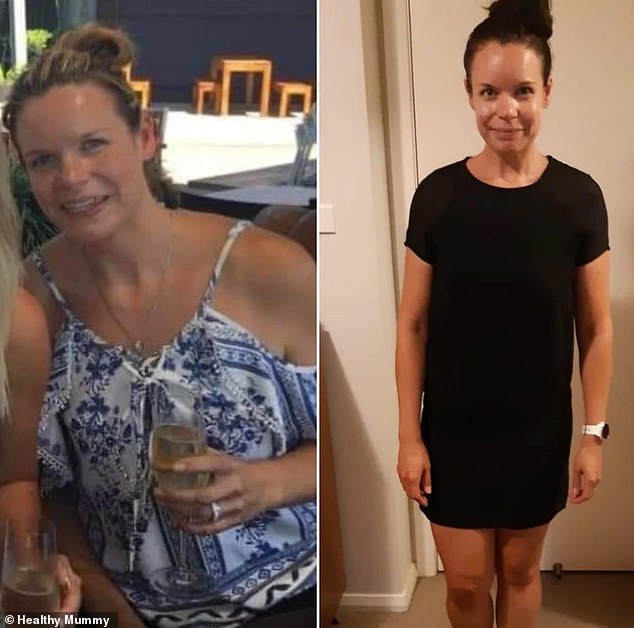 Ashana (pictured before and after) overhauled her diet, swapping fast food and alcohol for healthy smoothies and homemade stir fries packet with vegetables

Alongside a change in diet, Ashana explained that she also took up weight training and walking.

These days, Ashana does a resistance-based workout from the app four times a week, as well as power walking three times each week.

‘I now focus on the small goals than the bigger picture,’ she said.

‘If I started out saying to myself them you have to lose 20kg then I don’t think I’d have lost anything. But I began by just trying to lose one kilo at a time.’ 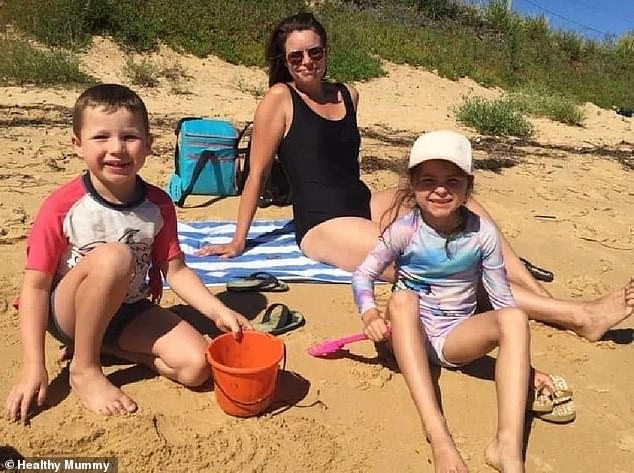 She (pictured with her kids) said one of the best things you can do it you want to lose weight is don’t set out to lose 20kg, but take it one kilo at a time and celebrate small wins without food

1. Set mini goals: If you need to lose 20 kilograms, don’t set out to lose 20kg. Take it one kilo at a time. Celebrate every little win and treat yourself with something that isn’t food-based.

2. Prioritise incidental movement: Park further away from where you need to go or take the stairs to get your body moving.

3. Swap it, don’t stop it: Don’t deny yourself your favourite foods, just swap them for healthier versions. This will stop you ending up on a binge and restrict cycle.

4. Have a smoothie for breakfast: Ashana said smoothies are a great way of keeping you full till lunchtime and satisfied without wasting too many calories.

5. Meal prep: If you can get organised and embrace meal prep, this will mean you always have something healthy on hand and aren’t tempted to just buy takeaway. 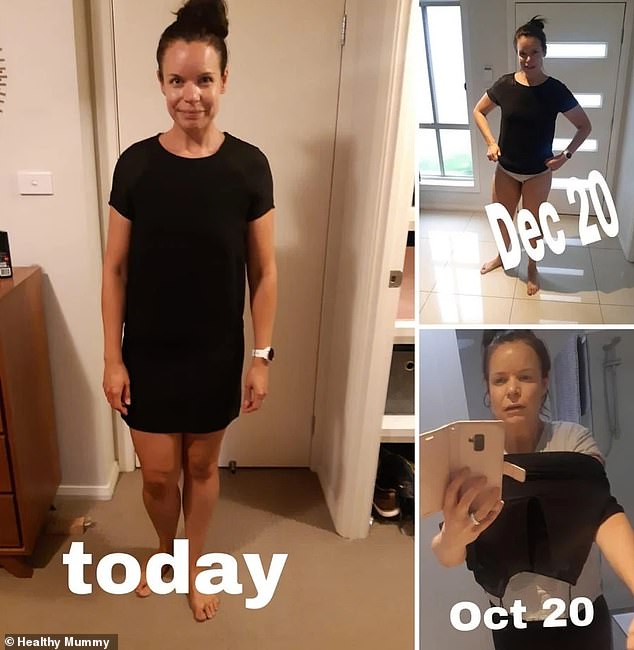 Speaking about her tips for others, Ashana said you have to set those mini goals and celebrate every little win with a reward or treat that isn’t food-based.

She also said that every little helps with regards to weight loss, and it’s often the little bits of incidental movement that assist us in reaching our goals.

‘I try to take the stairs or park in the space furthest away from the shops to get my body moving,’ she said.

Finally, she said you should ‘swap it, not stop it’:

‘That way you don’t feel like you’re restricting yourself and then you are less likely to want to binge eat in the evenings,’ she said.

Some of her favourite smart swaps include healthy peanut butter cookies and bliss bars, homemade Thai and stir fries and ‘fakeaways’ that mimic what you might buy from a restaurant.

For more information about Ashana and the Healthy Mummy programs, please click here.