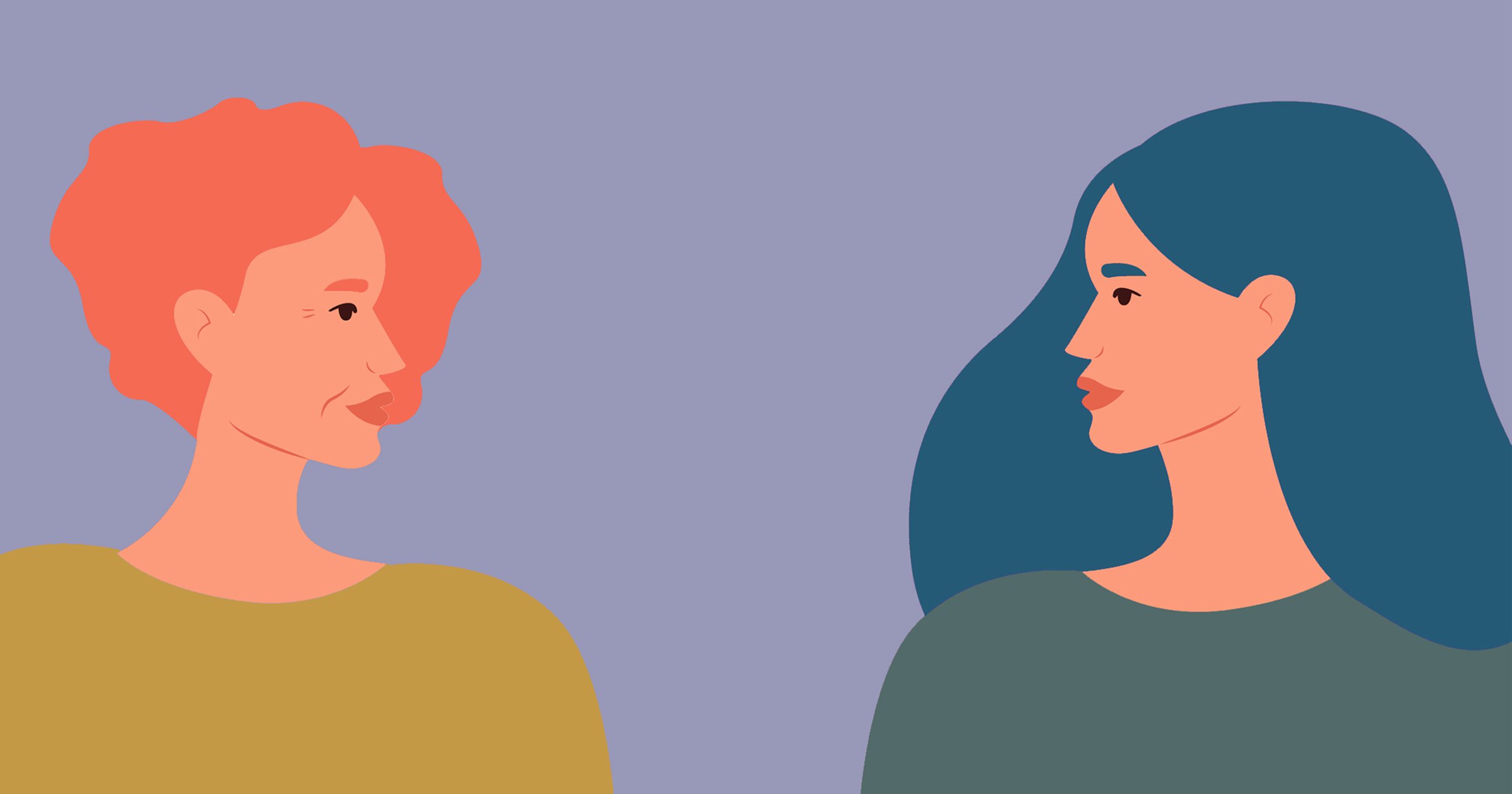 ‘You need to both apologise and make up for the family’s sake.’

My family member spent a few more minutes asking me to be the bigger person and to take the first step in resolving the tension between me and my dad — but to tell the truth, I didn’t feel any tension at all.

I was and still am entirely detached from my parents.

You see, when an adult child decides to break away from their parents and cut ties, it always seems to result in unsolicited opinions. Comments such as, ‘Oh, I could never stop talking to my mum’, or ‘Don’t you miss them?’ are constant reminders that a lot of people have the privilege of being born with good parents and can’t imagine a different parental experience.

What I don’t hear, in these instances, is people asking why a child would disown their own parents. What would it take for a child to abandon the person who created them?

I often feel frustrated when I’m told to forgive and forget, like I’m responsible for the actions of my parents or their emotional well-being.

I spent years of my life accepting physical abuse and emotional and physical neglect from them.

I hoped that one day, our relationship would change, get better.

But, as I forgave their painful words and actions, it only got worse. My mum once texted me, completely unprovoked, before my GCSE exam, telling me that she’d never wanted me. My dad told me that I’d never get into college and that I wouldn’t do anything with my life.

Whenever I’m asked about my parents – in the past by other family members, now usually colleagues or people I’ve recently met – I normally reply that we are no longer in contact.

This is typically met with prying questions and that ever-expected line: ‘But you only get one mum and dad.’

Those types of replies have always confused me, because I have had many people step into the role of temporary parents while I was in foster care.

I can usually understand that these comments come with good intentions, but they can still be detrimental when speaking to someone who may have had an incredibly difficult time.

Pressuring people into talking to estranged family members is harmful to both their mental health and the personal boundaries they have set in order to begin to heal.

After conversations like these, I’d spend days wondering whether how I was feeling was correct or if I was being oversensitive to the situation. I had to remind myself that I was handling it as best as I could to move forward.

Essentially, urging someone to repair a harmful relationship is forcing them to take responsibility for the family’s peacekeeping over prioritising their own wellbeing.

In my case, I know that my family has good intentions — especially if it means keeping the peace — but, being told I had to make up with my dad  for the family’s sake was my final straw.

I have spent my whole life dreaming of a relationship with my parents where they were loving and stable. It surprises people to know that I have no intention of seeing or speaking to them again

I have always had a tumultuous relationship with my parents. I had previously cut ties with my mother for good at the end of 2019, weeks after rekindling our relationship, as I’d often find myself unable to cope with the volatile nature of our talks.

She has a personality disorder but to me, that’s an explanation for the behaviour, not an excuse. She’d pick arguments with me, or send me a slew or hurtful messages, all for no reason. It was a vicious cycle, repeating itself again and again.

We had an on-again, off-again association with years of silence in between as I’d always struggled with wanting to give her another chance.

And when it came to my father, I’ve never had a good relationship with him, either. I would liken it to passive attachment — I knew he was my dad but I just didn’t feel that connection.

After years of inconsistent communication and him comparing me to my mum as a way to cut me down when I was doing well, with no apologies for what I went through as a child and denial of my memories, I’d always feel far worse than when we didn’t speak.

So at 25, I decided it was time to stop pretending and cut him off completely, after he showed no interest in having a relationship with my son. Ideally, I wanted to have both of my parents in my son’s life so that he could have grandparents – but decided it would be healthier for him if they weren’t part of our lives at all.

Telling someone that their parent is ‘still your parent’ is not only unhelpful; it’s also ignorant of the fact that many children have suffered emotionally and physically at the hands of the people who were meant to protect them.

Blood or not, it does not absolve abuse.

When you become a mother or a father, you are a parent for life to that child and it is your responsibility to maintain and mend that relationship if you are at fault. It’s something that’s become even clearer to me now I am a mother.

A nationwide omnibus survey taken by Stand Alone via Ipsos MORI found that around one in five UK families will be touched by family estrangement, which shows just how prevalent it is for familial ties to break down and contact to cease between family members.

Strangely, this number is comforting to me. It lets me know that there are many more people out there in the same situation and that I’m not as alone in my choice as I thought.

I have spent my whole life dreaming of a relationship with my parents where they were loving and stable. It surprises people to know that I have no intention of seeing or speaking to them again — but as an adult, I realise that the continual cycle of hurt will forever be constant.

Please stop asking others to reach out to estranged family members. Your experience is not their experience and you do not know what damage you may be doing.

This series aims to offer a nuanced look at familial estrangement.

Estrangement is not a one-size-fits-all situation, and we want to give voice to those who’ve been through it themselves.