Which A-lister should Jason Sudeikis date next?

January Jones isn’t shy when it comes to defending her bare-faced style.

The “Mad Men” actress posted a hilarious video singing Celine Dion’s “My Heart Will Go On” Monday morning — but it wasn’t just her vocal stylings that got the attention.

Sporting ripped jeans, an oversized striped top and no makeup, the “Spinning Out” star also had one user remark on her makeup-free appearance.

“Wow, is that what she looks like without makeup. Yikes,” one fan commented, and Jones, 44, wasted no time responding.

“Oh it gets worse, I also haven’t brushed my teeth yet and I have stye,” she said before later deleting the comment.

Luckily, the rest of Instagram’s commentary mostly surrounded her take on the epic “Titanic” classic using a vocoder and her “thinking about a career pivot” caption.

“Please don’t pivot … For the sake of mankind’s ears I mean,” said one fan, while another added, “Stick w what you know. Friend to Friend.” 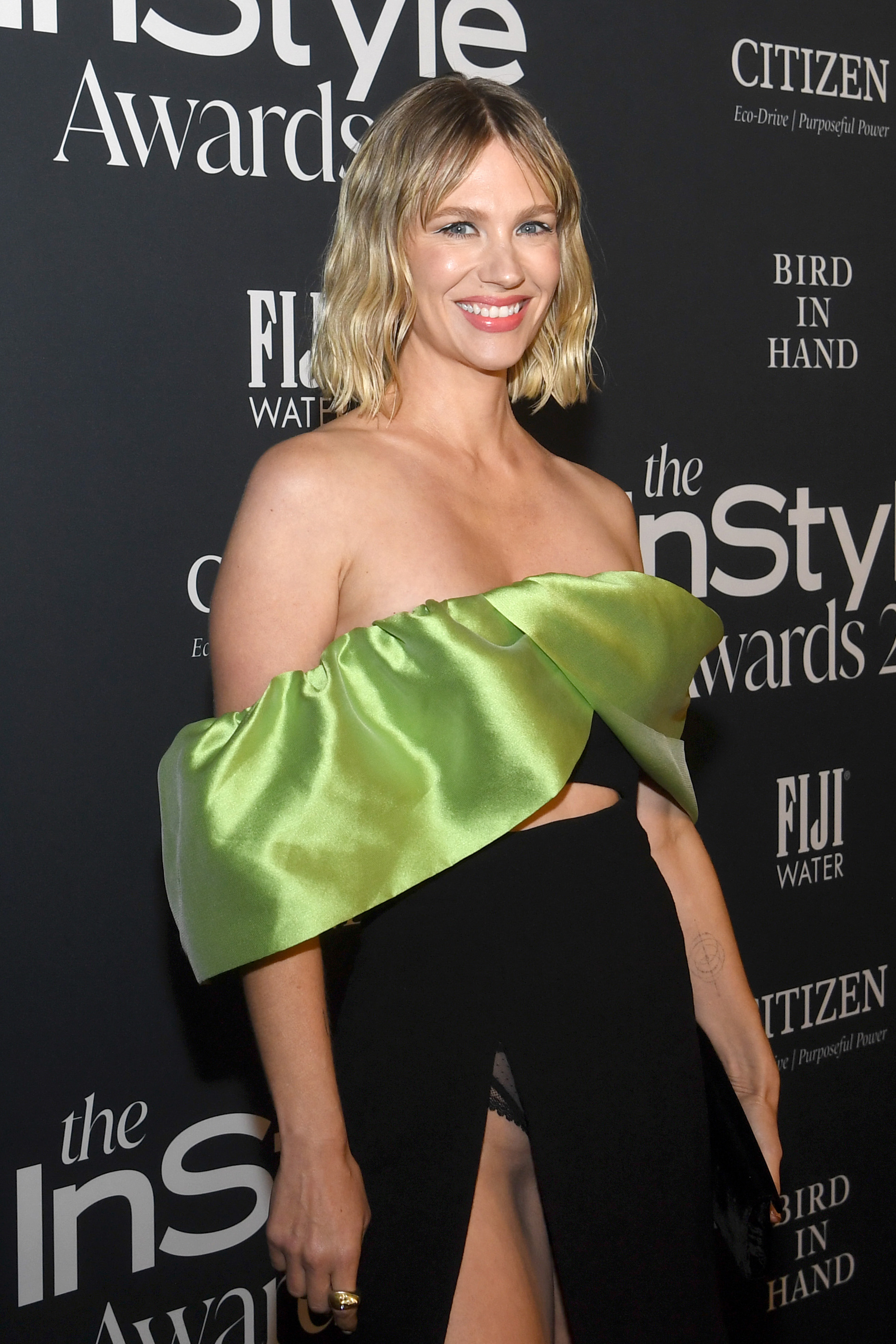 Jones hasn’t held back on previous commentary about her appearance, like in 2020 when she responded to her “desperate” bikini selfies, posting a shot of her giving the middle finger while wearing a pink two-piece.

On March 8, the “X Men: First Class” star — who often shares tongue-in-cheek beauty and fashion updates on her Instagram — posted a video showing off a new cropped haircut with bangs captioned “Revisiting my childhood self.”

Jones later posted an adorable snap as a young child in a very similar bowl cut captioned “Before and after before,” with one fan commenting, “Good thing you put the photos in chronological order or I’d have been lost.”

Whether she’s baby-faced or glammed up, Jones is always glamorous.