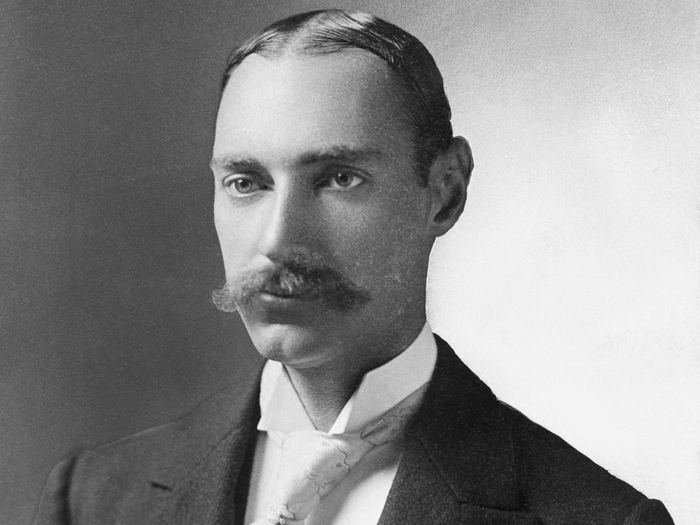 John Jacob Astor IV was born on July 13, 1864, in New York into one of the most affluent families in the world. 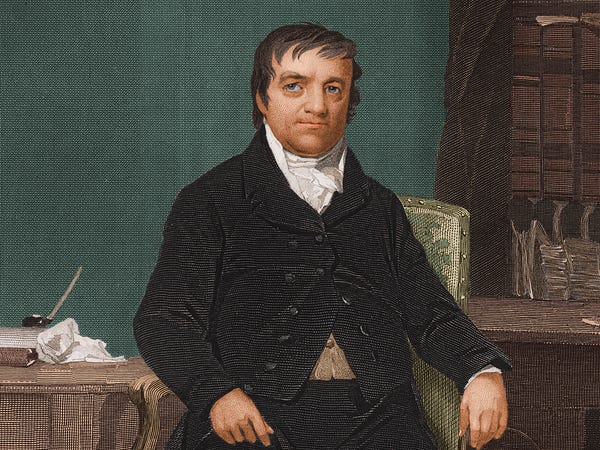 The Astor family dates back to the early 1700s when the original John Jacob Astor (pictured) came to the Americas from a small village in Germany to make a name for himself. He started making money in the fur-trading businesses, but his real fortune began when he entered the world of real estate. One of his first big purchases was a plot of land in the middle of Manhattan, which is now known as Times Square. Quickly, Astor bought land all around Manhattan, becoming one of the richest men in the world and creating a dynasty.

When John Jacob Astor IV was born to William Astor and Caroline Webster Schermerhorn in 1864, the Astor name was already well-respected in high society, and the family’s fortune was one of the world’s largest.

As an heir to the family fortune, John Jacob Astor IV received an education at the finest schools in the US. 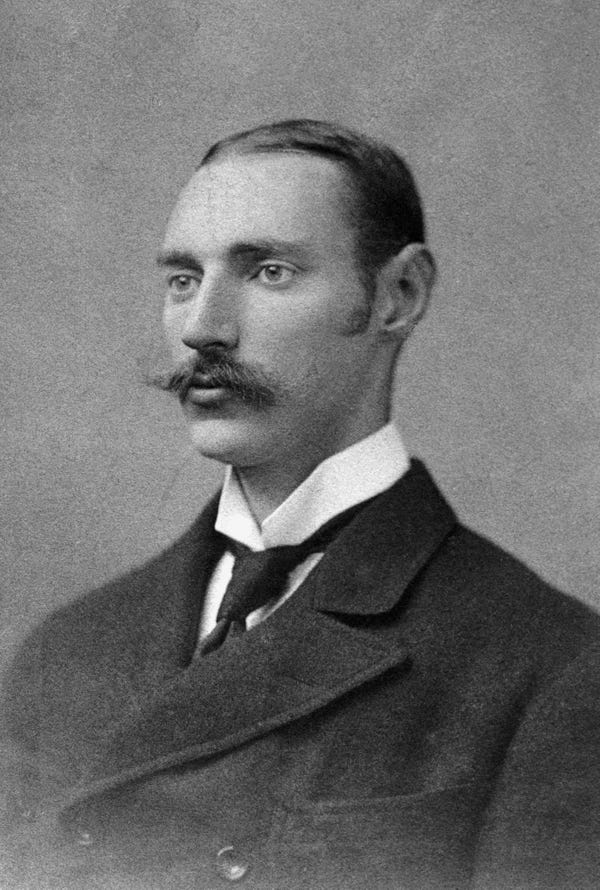 He first attended St. Paul’s School in Concord and then went on to Harvard University, but there is no record of him graduating. After schooling, Astor went abroad for a few years before returning to New York to take up the family business: real estate.

In 1897, Astor used his fortune to build the Astoria Hotel in New York. 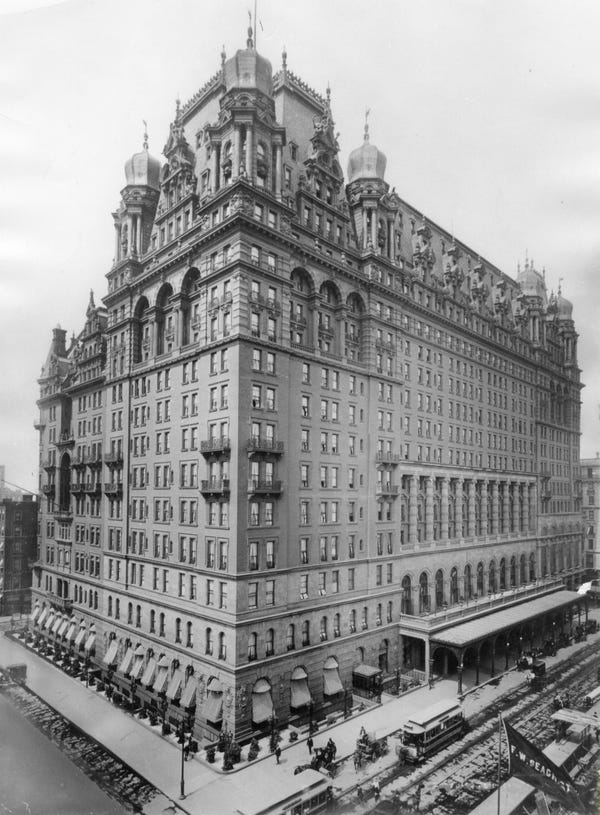 In 1893, William Waldorf Astor built the Waldorf Hotel on the corner of Fifth Avenue and 33rd Street. Reportedly, he built the hotel to spite his cousin, John Jacob Astor IV. In retaliation, Astor built a competing hotel in 1897 on the adjacent corner and named it Astoria Hotel. When the cousins were finally convinced that joining both the hotels would be a smart business decision, a 300-foot marble corridor was built to join the competing hotels. The famous Waldorf-Astoria Hotel was born.

For the next few decades, the hotel became a symbol of luxury, wealth, and class in New York. It was considered one of the best hotels in the country and even in the world. 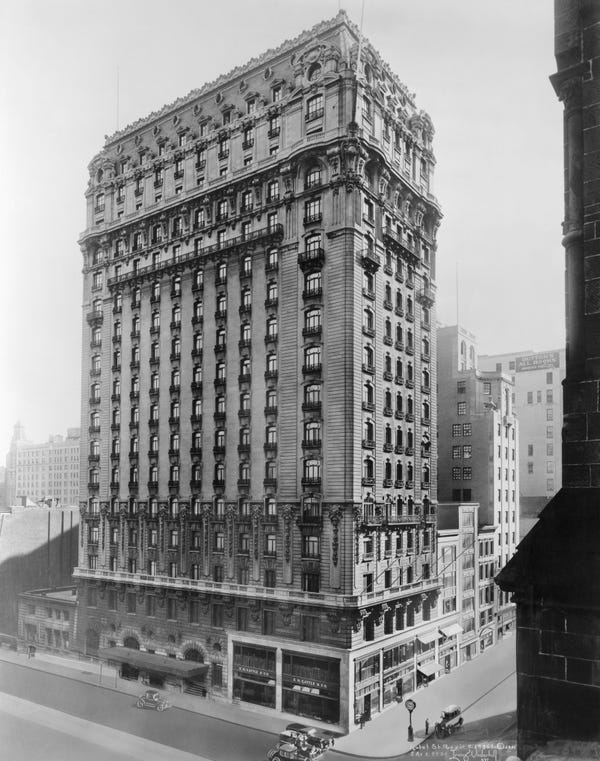 In 1904, Astor opened The St. Regis, which The New York Times called “the finest hotel in America” at the time. Astor aimed to make the hotel technologically advanced, ensuring each room had a telephone. Some historians call the hotel Astor’s “greatest achievement,” according to Biography.com. The St. Regis is still open today.

While developing some of New York's finest hotels, Astor was also focusing on his other hobbies, like writing. 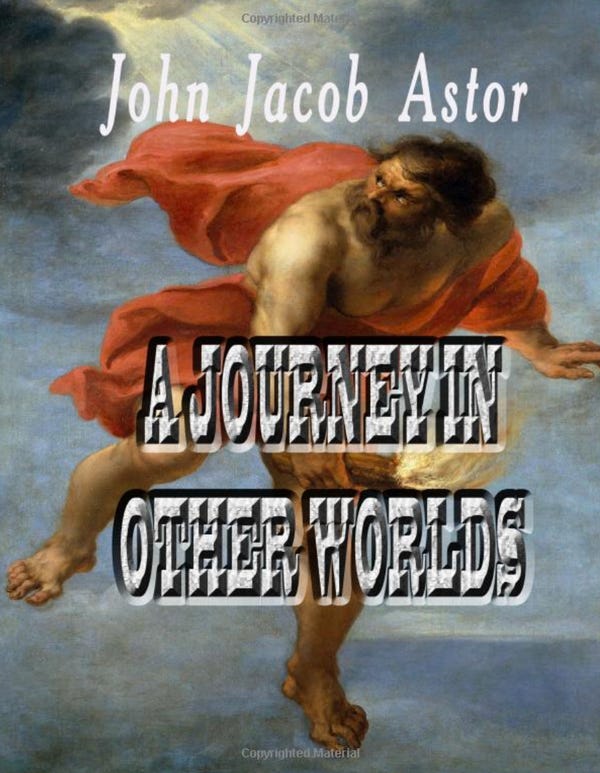 In 1894, Astor published his first and only science fiction novel, “Journey in Other Worlds.”

“A ‘Journey in Other Worlds’ races far ahead of the nineteenth century to imagine what life would be like in the year 2000,” the Amazon synopsis reads. “At the beginning of the twenty-first century, Earth is effectively a corporate technocracy, with big businesses using incredible advances in science to improve life on the planet as a whole. Seeking other planets habitable for the growing human population, the spaceship Callisto, powered by an antigravitational force known as apergy, embarks on a momentous tour of the solar system.”

Astor was also an accomplished inventor. 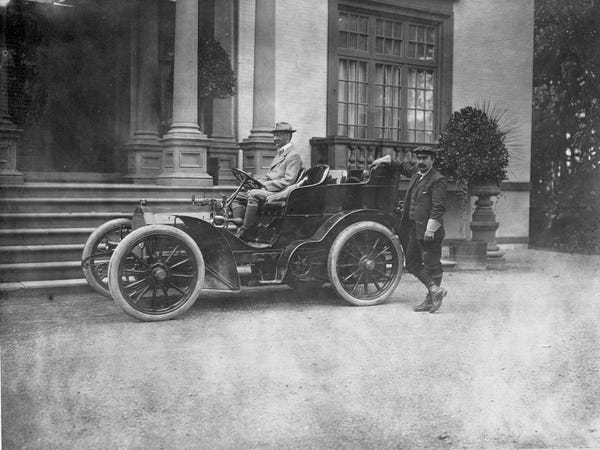 In 1898, he patented a brake for the bicycle, invented a vibratory disintegrator, and created a pneumatic road-improver. He also helped invent a turbine engine.

As for his personal life, Astor first married Ava Lowle Willing in 1891, but they divorced in 1909. 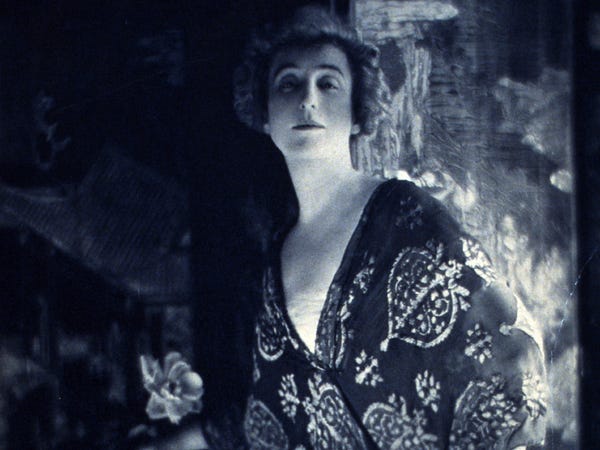 Ava Lowle Willing and Astor had two children together, Vincent and Alice. Although they seemed like the perfect, upper-class family, the marriage was largely unhappy. The couple got divorced in 1909, setting Astor up for one of the family’s biggest scandals.

At 47 years old, Astor met Madeleine Talmage Force, who was 18, and they fell in love. 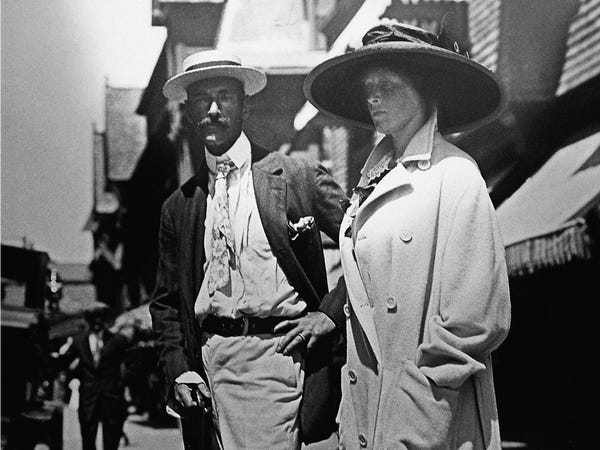 When Astor and Madeleine Talmage Force married in 1911, it became a scandal — at the time, divorce was rare and remarrying was even more so. Astor and his new wife decided to spend winter in Europe in hopes that the talk would die down in their absence.

When Madeleine fell pregnant in 1912, they decided to return to New York, so Astor booked them a room on the Titanic. 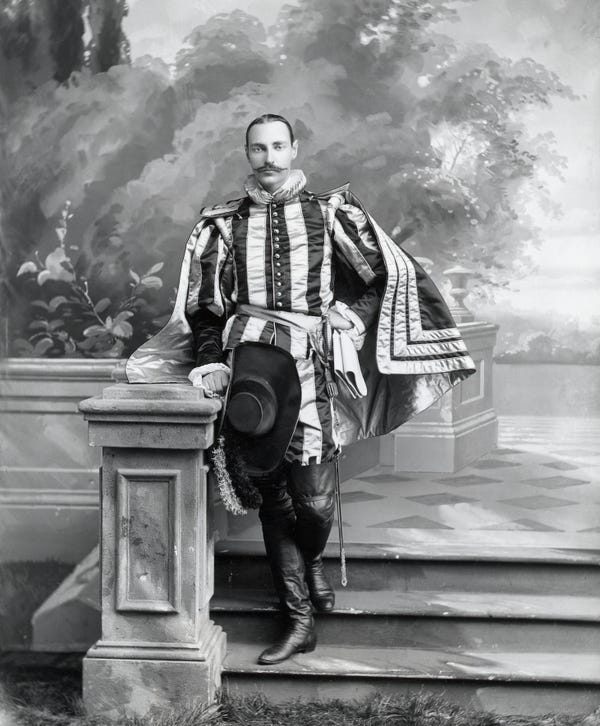 At the time, Astor was one of the world’s richest men, and he certainly was the wealthiest aboard the Titanic. It’s reported that he had a fortune worth somewhere between $90 and $150 million when he boarded the fateful ship. Today, he would be worth between $2 and $4 billion when adjusted for inflation.

After the Titanic hit an iceberg on April 14, 1912, Astor calmly brought his wife, Madeleine, to the second-to-last lifeboat. 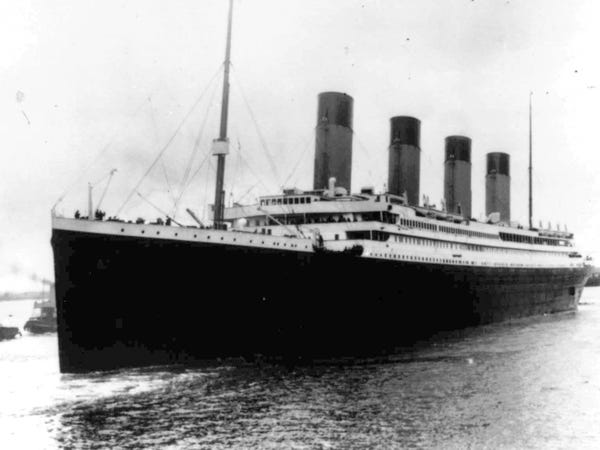 According to Biography.com, Astor was among the first few people who knew the ship was sinking. He woke his sleeping, pregnant wife and told her to get dressed in her warmest clothes. He put all of the jewelry on her, took her to the deck, and placed her in a lifeboat. She clung to her husband and wanted to stay with him, but he reportedly said, “The sea is calm. You’ll be alright. You’re in good hands. I’ll see you in the morning.”

Astor was last seen smoking on the deck and his body was later recovered in the water. He was wearing a dinner suit and holding a personalized pocket watch.

Astor's wife, Madeleine, survived the shipwreck and gave birth to their son, naming him John Jacob. But most of his fortune went to his son from his first marriage, Vincent. 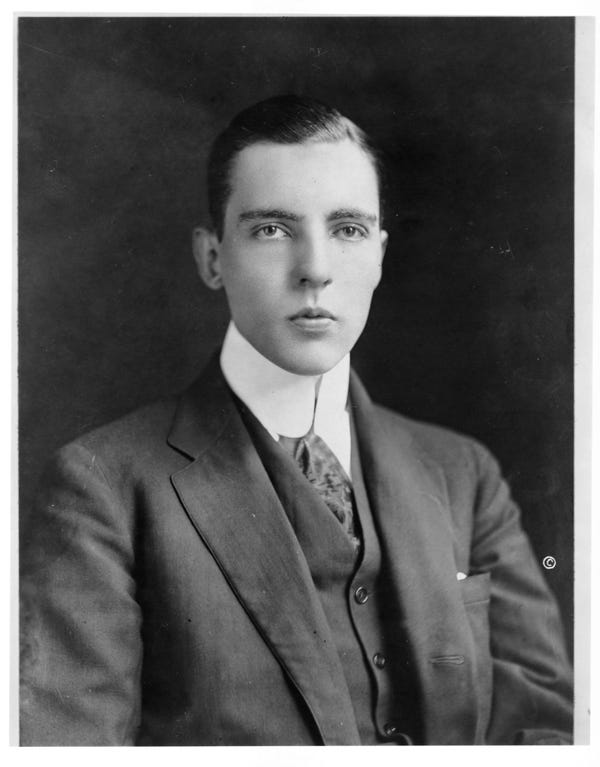 If Astor made it to the US, it’s reported that he would have made his and Madeleine’s unborn child the heir to his fortune. But most of his money went to his first son, Vincent (pictured), from his first marriage. John Jacob Astor VI received only a small portion of his father’s fortune, but Vincent went on to donate a large sum of his father’s money and became a philanthropist in New York City. 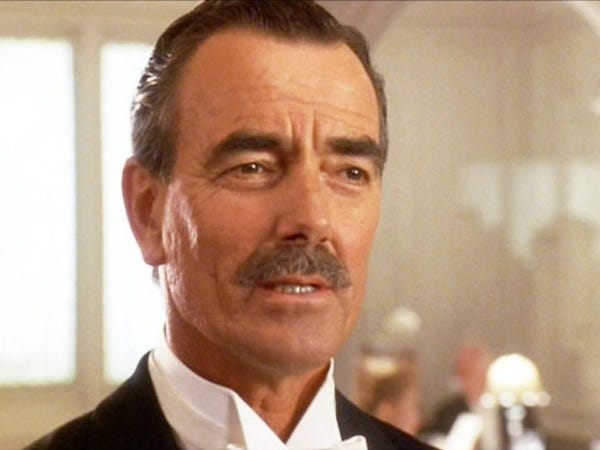 As the most famous person to die in the tragedy, Astor’s name and reputation have survived through the years. In fact, he has been portrayed in a number of TV shows and movies. Most notably, Eric Braeden played Astor in the 1997 Oscar-winning movie “Titanic.”