The 18-year-old attended the 49th annual awards ceremony celebrating the year’s biggest hits on Sunday, November 21, in a floor-length black gown featuring an off-the-shoulder tulle skirt with tiered ruffle detailing. She teamed the number with mesh pumps and ditched her signature ponytail for a half-up, half-down style. 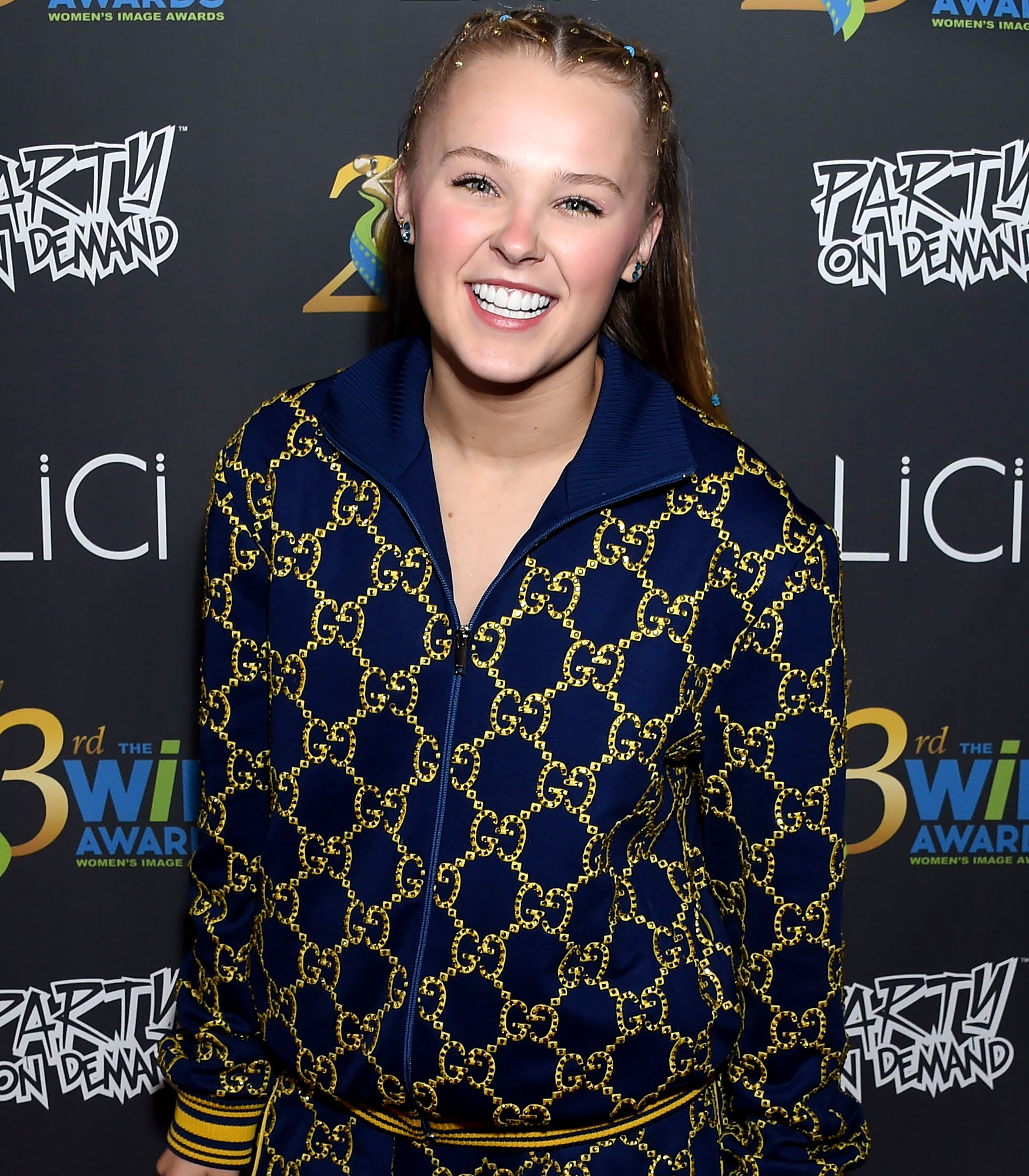 “I’m in a dress and heels for the first time in my life!” the Dance Moms alum told People on the red carpet (noting that she means besides the dresses and gowns she’s worn on season 30 of Dancing With the Stars). “When I knew I was coming to the AMAs, I was like, ‘uh oh, what am I going to wear?’” 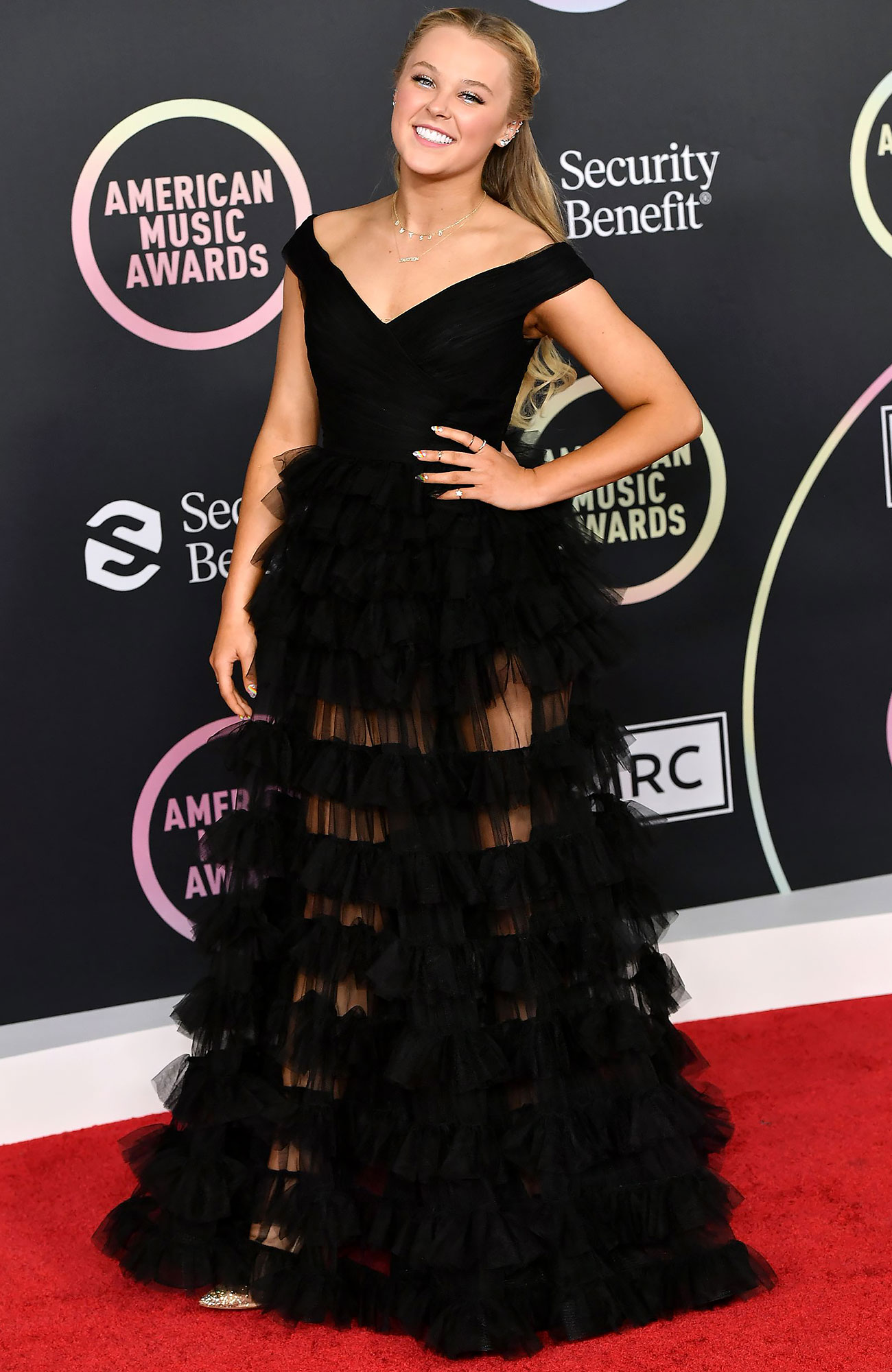 She continued: “I had this transition while being on Dancing With the Stars, where I’ve gone from dressing like I normally dress to kind of looking more adult. And I was like, I want to branch out of my comfort zone.”

So to change things up, she opted for full glamour. “Today, we went for a dress,” she said, adding that she borrowed her heels from Jenna Johnson, her dance partner-turned-friend on the popular dance competition television series.

JoJo Siwa Through the Years: From ‘Dance Moms’ to Nickelodeon and Beyond

Siwa went all out for the AMAs by getting her nails done, too, which, per the performer, is a rare feat. “I used to hate getting my nails done, literally never would do it,” she explained. “And then when Dancing With the Stars came around, I started to get them done. And, these nails are actually for our performance that we’re doing in the finale tomorrow. These are special.”

The Dancing With the Stars finale is Monday, November 22. Siwa and Johnson will compete against three other couples for the Mirrorball Trophy, which Kaitlyn Bristowe and Artem Chigvintsev took home last year.

Siwa’s appearance at the AMAs come just weeks after her breakup with Kylie Prew. The former couple dated for less than a year. “Kylie stopped attending the show so she hasn’t been seen in the audience since they split,” a source exclusively told Us.

Celebrity Splits of 2021: Stars Who Broke Up This Year

“JoJo is focusing on the competition and giving her all. While it’s a rough time for her, she’s handling DWTS very professionally and still putting on a smile and giving 100 percent,” the insider continued. She doesn’t want to let down her fans.”