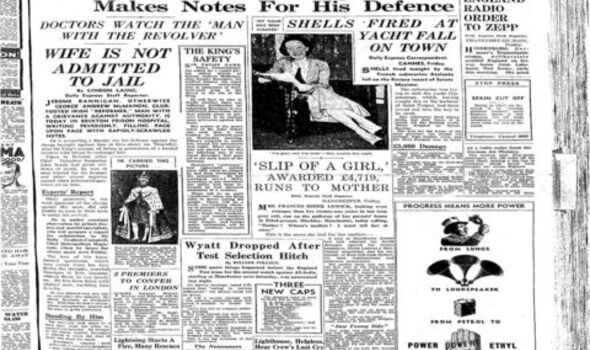 Bannigan, also known as George McMahon, produced a revolver as the King rode through Hyde Park but bystanders and the police subdued him after a struggle.

He was sentenced to 12 months’ imprisonment with hard labour that September for possessing a firearm with intent to endanger life.

86 years ago (1936) Fascist rebels in Spain, with the support of about half of the Spanish Army, instigated a coup against the country’s republican government, sparking a three-year civil war. It resulted in the dictatorship of General Francisco Franco lasting until 1975.

22 years ago (2000) Police confirmed they had found the body of Sarah Payne in a field in West Sussex. Sarah had gone missing while playing outside her grandparents’ house in Littlehampton. Paedophile Roy Whiting was arrested and convicted of her abduction and murder. He is currently serving a life sentence.