A Kansas City Royals baseball fan went viral for opening his wallet on camera to a fury of flames coming out in a video spreading like wildfire on social media. 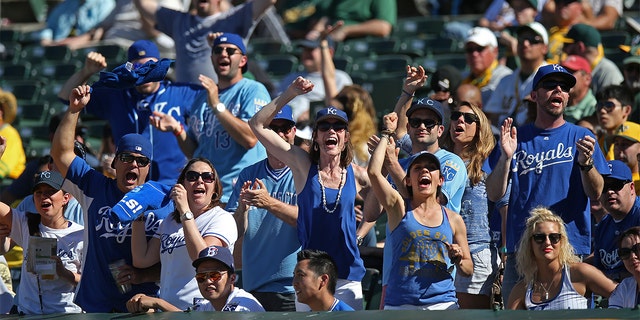 The fan, clad in a Royals T-shirt, nonchalantly conducted the magic trick of sorts during a Royals TV broadcast as the game came back from a commercial break. Sports reporter Harold Kuntz of FOX News 4 Kansas City tweeted out a video of the scene with the stunned caption, “Wait, what?”

“Um [email protected] can we get him in the Post Game Zoom?!?! I’m going to need an explanation,” Kuntz tweeted out.

The internet was quick to gawk at the video with athletes like Kansas City Chiefs quarterback Patrick Mahomes II tweeting out the shocked face with exploding head emoji.

Former professional basketball player Rex Chapman chimed in: “What kind of sorcery is this?”

Another fan responded with an image of the trick wallet that appeared to be for sale online for $24.99.

Others, meanwhile, hit it out of the ballpark with the joke: “literally what happens to your wallet at any sporting event,” alluding, perhaps, to burning cash.