Sydney Sweeney has finally broken her silence on her Madame Web casting. In a recent interview, the Euphoria star revealed how she’s preparing for her Marvel debut and discussed her experience with the Sony/Marvel universe. Additionally, Sweeney shared how she came to accept her Madame Web role, which has not yet been disclosed. Here’s what she said.

Sydney Sweeney signed on to ‘Madame Web’ in March 2022

In early February, news broke that Fifty Shades of Grey actor Dakota Johnson was in talks to star in Madame Web as the titular character. One month later, Deadline confirmed Johnson’s role and announced that Sweeney would co-star. Madame Web will become the first female-centric superhero story in Sony’s Universe of Marvel Characters.

Sweeney’s specific role in Madame Web remains unconfirmed. However, as CinemaBlend reported, fans have speculated that she could play a few different female Marvel icons. Many hope to see her as Spider-Gwen, an alternate-universe version of Spider-Man love interest Gwen Stacy. Others think Sweeney could play Black Cat, a Spider-Man ally.

After about a month of silence, Sweeney has finally addressed her upcoming Marvel debut. In an interview with Variety, the actor dubbed herself a longtime fan of Marvel and said she can’t wait to dive into her character. She has even started researching already through Madame Web comic books.

“There’s a lot to learn. I’ve always been a really big fan of all of the Marvel and Sony Universe movies. I’ve grown up watching them all, and I’ve been engulfed in the entire world my entire life, so being able to be a part of that is such an incredible, incredible thing,” Sweeney explained.

After a successful year of projects like The White Lotus and Euphoria, Sweeney has reportedly had several contracts to choose from. Her admiration for Marvel led her to join Madame Web, but that was only part of her reasoning. She explained that she enjoys a challenge and trying new things.

“I like to try and find characters that are challenging for me in multiple different ways and are completely different from one another,” Sweeney added. “I want to continue to shock people with the characters that I play when they don’t expect that I would choose that next.”

Who is Madame Web and what will the film be about? 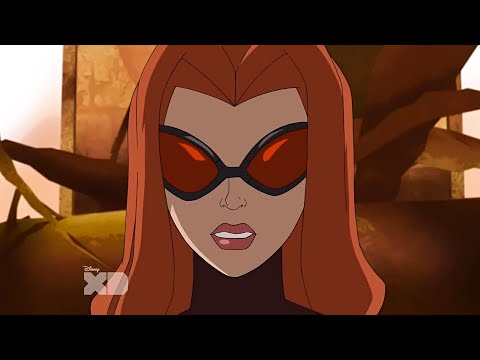 Marvel and Sony haven’t shared anything about Madame Web’s official synopsis, so it’s hard to say what the film will be about. However, fans can get an idea by looking at the history of Madame Web herself. She first appeared in Marvel Comics’ The Amazing Spider-Man #210 in 1980.

In the comics, Madame Web (a.k.a. Cassandra Webb) is an elderly woman with an autoimmune disorder called myasthenia gravis. She’s also blind, but she has the ability to see into the future. Her chair, which offers life support, looks similar to a web. Given Dakota Johnson’s casting, it seems the film will explore a younger version of Madame Web — possibly Julia Carpenter, whom Cassandra passed her powers to.

Madame Web does not yet have a release date. Stay tuned to Showbiz Cheat Sheet for more updates.