Future family plans! Now that Madison LeCroy is engaged to fiancé Brett, she is ready to give her 8-year-old son, Hudson, a baby brother or sister.

Celebrity Pregnancy Announcements of 2021: See Which Stars Are Expecting

“I may end up having more kids than I originally planned,” the Southern Charm star, 31, exclusively told Us Weekly on Wednesday, October 13. “My fiancé is Mormon too. So who knows?” 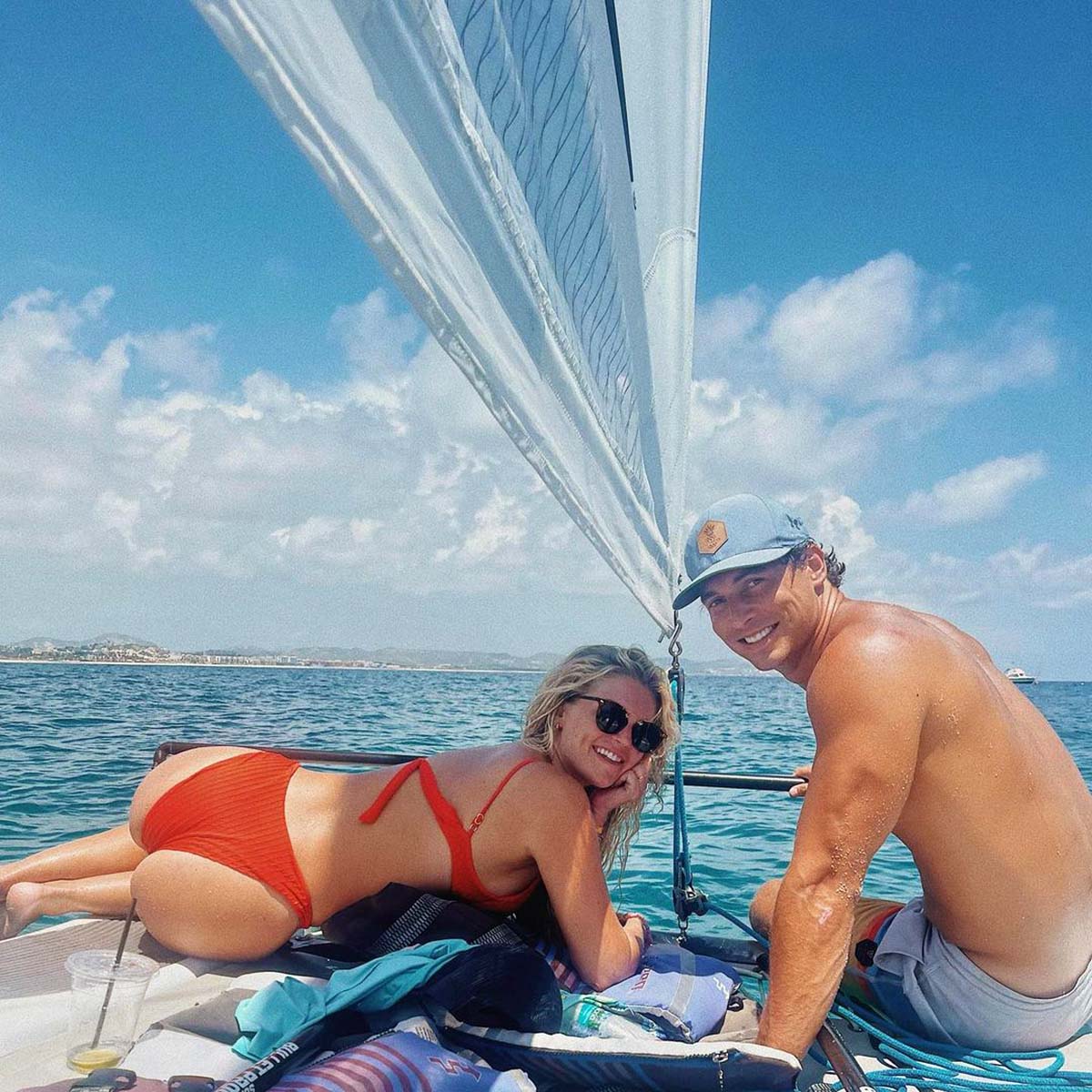 As for their ideal timeline, the Bravo personality thinks that her partner will want to “jump the gun” since “he is five years older.”

The reality star added, “I’m kind of like, ‘Man, I just got my body in shape,’ but whenever it happens and we get situated and all that, then I’m ready. Whenever.”

The South Carolina native became a mom in November 2012 when she and ex-husband Josh Hughes welcomed son Hudson. While LeCroy was initially “worried” that her little one would want to stay an only child, he told Brett that he is “ready to have a brother.”

The hairstylist’s possible upcoming pregnancy will play a factor in whether she remains a Southern Charm cast member.

“I think it would all depend on where I was in my life,” she told Us. “Maybe, maybe not, if I’m going to have kids and there’s no reason for me to be on there. [Brett] supports me regardless if I want to do the show or if I don’t.”

Brett sweetly involved Hudson in his recent proposal, asking him for permission to marry LeCroy.

“My son had one request and that was that he was a part of the proposal,” the bride-to-be told Us. “He proposed to me in the living room and my son was behind him just clapping. I completely, like, blacked out at [that] point.”

The makeup artist previously married Hughes at age 20, welcoming their baby boy two years later. “We do coparenting, so we’re 50 percent on [and] 50 percent off,” she said in an October 2020 episode of the Bravo show. “It’s been hard being a young single mom. And there have been times where I didn’t have it together. Having Hudson has definitely pushed me to want to be successful. I mean I have a kid, so I don’t have a choice to be lazy.”

LeCroy shared her engagement news in an Amazon livestream on Thursday, October 14, while sharing her favorite Amazon Fashion products for bridal showers and bachelorette parties.