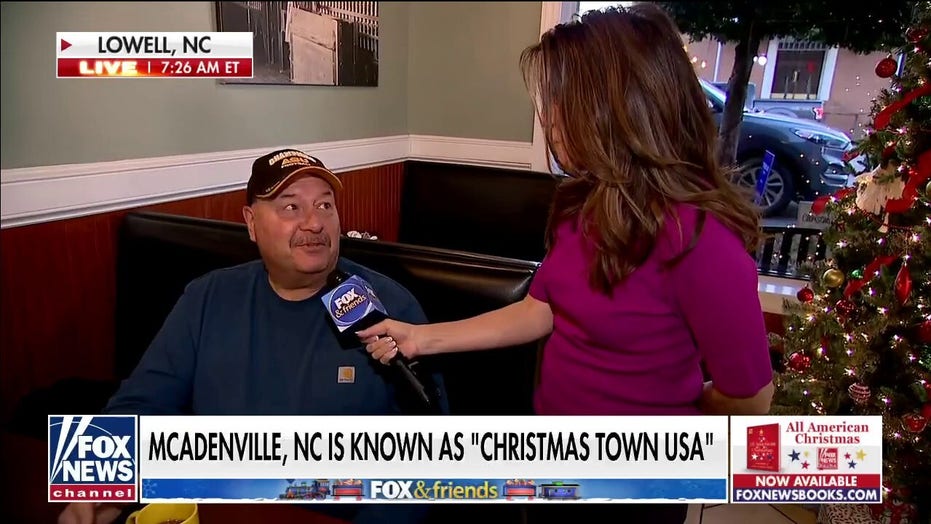 Mario Bartiromo — anchor of “Mornings with Maria” on Fox Business Network, and anchor of “Sunday Morning Futures with Maria Bartiromo” on Fox News Channel — grew up in the Dyker Heights section of Brooklyn, New York. It was “a close-knit neighborhood where most of us knew everyone on the block,” as she explains in the new book All American Christmas by Rachel Campos-Duffy and Sean Duffy.

Bartiromo’s engaging contribution takes readers into the heart and soul of her family life, including during the holiday season, when “Christmastime was full of holiday parties and excitement.”

Among the other revelations: Her grandfather Carmine Bartiromo came to the US about 1906 from Naples, Italy, joining his own father, Pasquale — Maria Bartiromo’s great-grandfather — who had come to America a few years before that and was living in New York.

After a period of time, grandfather Carmine settled in Brooklyn and “built a restaurant — literally built it,” says Maria Bartiromo, “with his cousin.”

The two men “knew how to lay down bricks” and named their restaurant the Rex Tavern “after that famous ocean liner that transported Italians to America,” notes Maria Bartiromo in the book. (Later, they changed the name to the Rex Manor.) 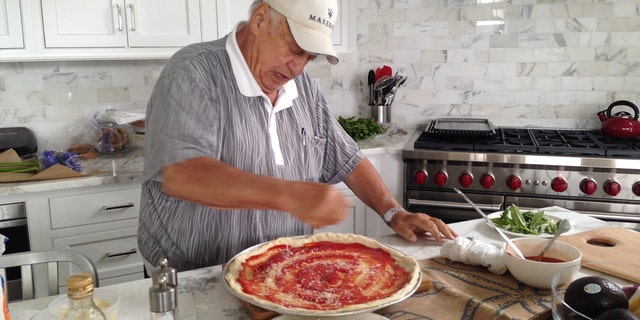 Maria Bartiromo’s dad, Vincent, made "amazing pizza," she says in the new book ‘All American Christmas.’ This photo of him hard at work in the kitchen, plus many other photos, essays, recipes, and more, appear in the book by Rachel Campos-Duffy and Sean Duffy.
(Courtesy Maria Bartiromo)

The busy, bustling restaurant served as a catering hall — and “they built a beautiful brick oven for pizza,” she notes. Her father, Vincent, worked there “his entire life” and ultimately took over running the place for his own dad.

From watching her father cook; from watching him work; and from watching all of her family members chip in and help out along the way — passing down the importance of connection and of responsibility as they did — Maria Bartiromo learned lessons for a lifetime.

Check out her personal tale of family, dedication, and love in the excerpt below, taken from a much longer piece featured in the “Joy of Family” section of All American Christmas.

Read this excerpt about family by Maria Bartiromo

Maria Bartiromo in All American Christmas: Like my dad, my mother was an incredible cook. And she loved doing it.

She used to joke with my father that she would rather do the cooking at home because it was less work for her! He made too much of a mess.

Mostly because when my dad cooked, he did it as if he were at the restaurant, with too much equipment all over. My mom would say he prepared the food as if he were cooking for the Seventh Army. 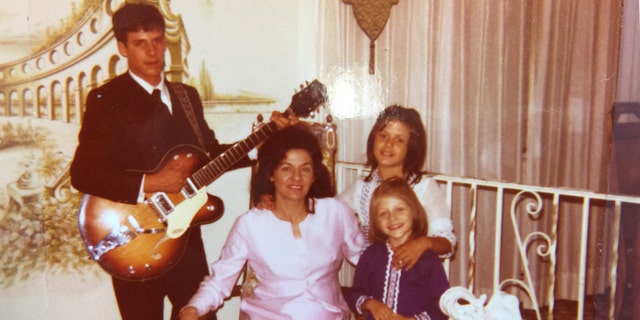 A young Maria Bartiromo (far right, front), along with her mother, Josephine, and her two older siblings, Patrick and Theresa, in a personal portrait that appears in ‘All American Christmas.’
(Courtesy Maria Bartiromo)

Pots and pans would be heaped up on the counter, and enormous platters of whatever the two of them had cooked conquered the table. It was a lot to clean up. But it was all so loving and beautiful in our humble home. I didn’t care who cooked. They were both amazing and delicious cooks …

I thank God for my upbringing and I am so grateful that my parents put such an emphasis on family. One of the most important lessons my parents passed on was the support of family.

I’ll always remember a small example — I must have been a teenager and I was crying over something silly. I told my mom about it in my room one night.

It was such a powerful message for a kid — I understood at that moment that whatever problem I thought I had, it wasn’t just my problem at all. It was my entire family’s problem. And we would get through it together.

As soon as she left the room, I overheard her tell my father, my sister, then my brother. I could hear them all discussing me and why I was upset. I was furious. It was my private story and I was embarrassed. But actually, soon after, I felt better.

It was such a powerful message for a kid — I understood at that moment that whatever problem I thought I had, it wasn’t just my problem at all. It was my entire family’s problem. And we would get through it together. 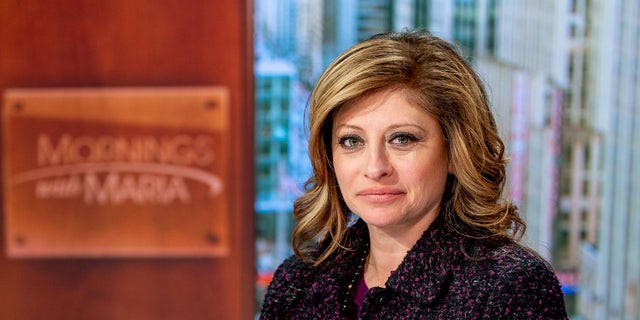 Maria Bartiromo anchors two programs at Fox today. "These were very important values in our family: work hard and earn it," she writes in ‘All American Christmas.’ (Photo by Roy Rochlin/Getty Images)

I’m pretty sure that’s the reason I kept shooting for the moon at school and at work.

I knew that however it turned out, my family would support me and help me through it.

I am so grateful to be able to say my mother has been my best friend my entire life. And still is.

And the same goes for my dad and sister and brother.

I owe my family so much for their love and support.

Excerpted from All American Christmas by Rachel Campos-Duffy and Sean Duffy. To purchase a copy, click here.