Mayim Bialik spoke to HL about the possibility of a ‘The Big Bang Theory’ reunion & revealed how her Ph.D. has helped inform the roles she plays in Hollywood.

If you didn’t know, now you know — Mayim Bialik earned a Ph.D. in neuroscience, and then returned to acting to play a scientist on Big Bang Theory. Whether you call it art mimicking life, or simply fate, the brilliant actress spoke to HollywoodLife in an EXCLUSIVE interview about how her education has helped shape her acting career, while also discussing a potential Big Bang reboot. After receiving her degree in neuroscience from UCLA, Mayim returned to the small screen as scientist Amy Fowler in The Big Bang Theory in 2007, which stayed on air and quickly became a fan favorite until 2019. “Because we just finished, it’s kind of hard to think about reunion or reboot,” Mayim admitted to HL. “I’m a happy Warner Brothers employee, I have a production company there. Anything more Warner Bros. would like, I’m pretty much available. So, don’t have to ask me twice!”

When it comes to her career in Hollywood, she discussed how her experience as a scientist has helped shape her roles and decisions as an actress. “Once you kind of are trained as a scientist, you see things from a scientific perspective, much like if you went to art school and you see the world in shades and colors and angles,” Mayim explained. “I guess I have a different view on things. So, even when I’m acting can psychoanalyze people in my head all the time. It definitely just has helped me also on my personal journey, just as a human being.” 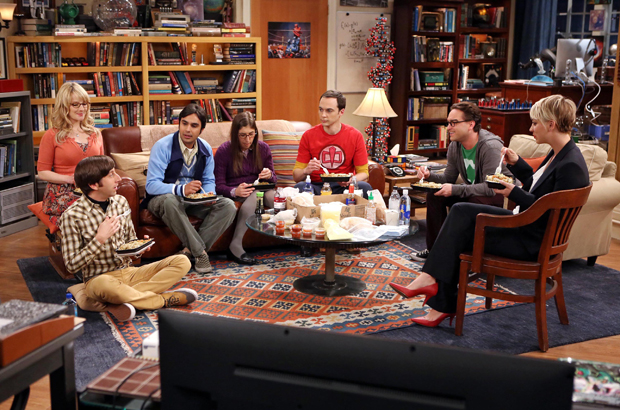 The mother of two starred in the ’90s sitcom Blossom from 1990 to 1995, before taking a break from Hollywood. “I formally left the industry to pursue a Ph.D. — I don’t recommend trying to get a Ph.D. while being a full time actor!” Mayim laughed. “I got my doctorate, I had a nursing infant for writing my thesis. And then I had my second son after taking my doctoral hood pregnant. So it was definitely juggling a lot.”

One of the other reasons Mayim said her neuroscience degree has helped in her acting career is when it comes to campaigns she is a part of, like her current partnership with Purina Pro Plan. Mayim helped the company kick-off The LiveClear Challenge, encouraging cat owners with cat allergen sensitivities to discover the life-changing power of Pro Plan LiveClear, the first and only cat food that reduces the major allergen in cat hair and dander. The actress revealed that she was intrigued the Pro Plan LiveClear cat food after her boyfriend was struggling to be at her home with her cats due to his cat allergy. “It’s very difficult! It’s also difficult for my cats who love him and warm around him, but they can’t be,” Mayim said. “This literally like it’s a science-fiction fantasy of mine to have a food that helps reduce cat allergens.”

For each person who signs up at proplanliveclear.com through the end of the year, Pro Plan will donate $5 to the Petfinder Foundation, up to $25,000, to fund a cat retention grant program that helps keep cats in happy homes – regardless of allergen sensitivities.