A LIFE-CHANGING million pounds could be just a few clicks away.

Almost £6million is won on National Lottery Instant Win Games every week – but it can be hard to know which of the 34 are best to play to nab a piece of the pie. 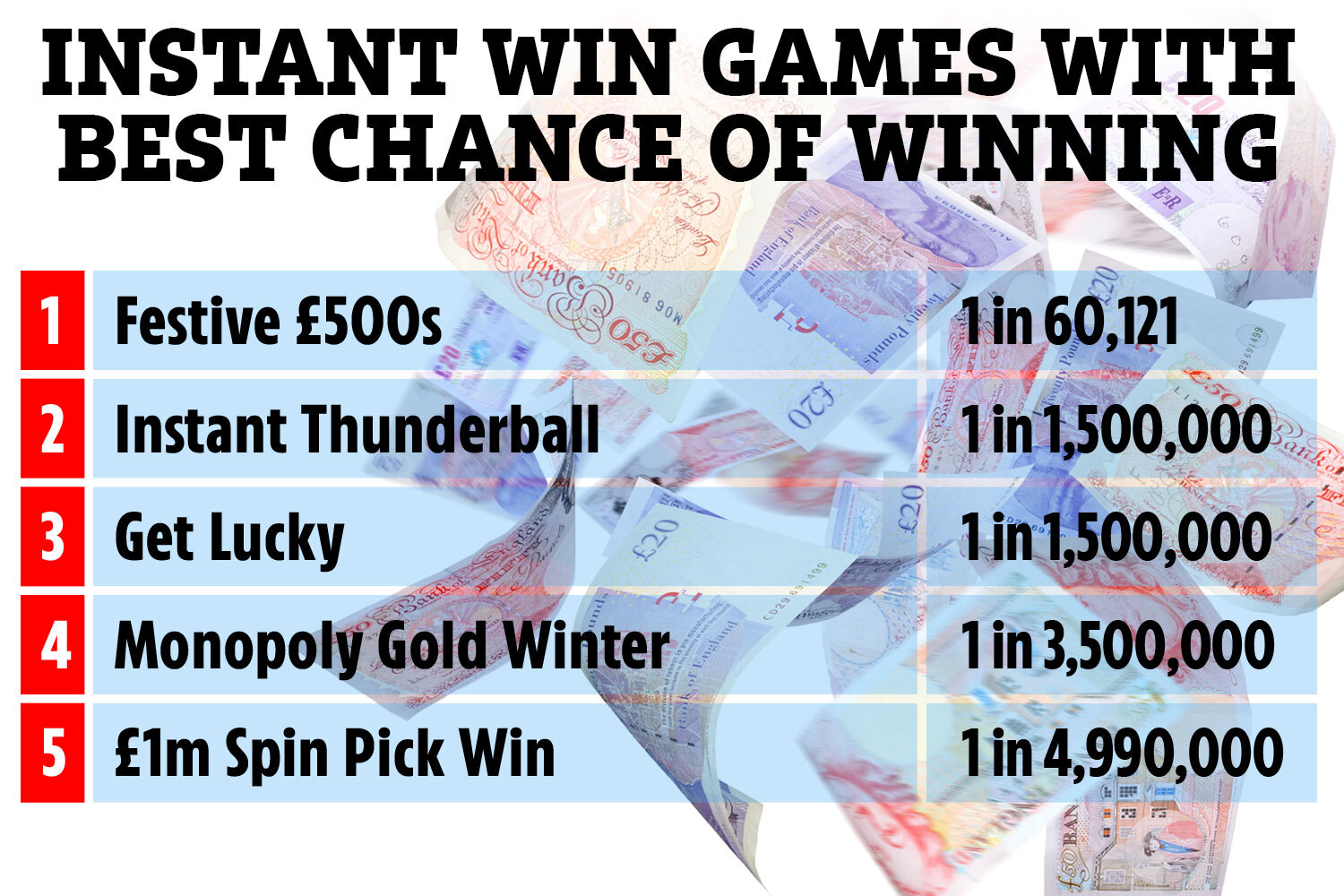 To help, analysis by The Sun Online can reveal which put you in pole position for the top prize.

For your best chance of pocketing some cash, try your luck at Festive £500s – a simple online matching task.

Those odds are huge in comparison to Instant Thunderball, which has the second best odds of 1 in 1,500,000 – although the jackpot does shoot up ten-fold to £5,000.

Queen's Guard knocks over boy while on duty – but who is in the wrong?

Get Lucky also offers the same chances – but this time there is a maximum of just £3,000 on the table, so the advice is to steer clear.

Your next best bet is to chance it on Monopoly Gold Winter – a digital take on the board game favourite.

But if you really want to win big, you need to have a go at a game which offers some serious cash.

And if there is one game to avoid at all costs it is Bingo Millionaire Orange.

There is the potential to nail a juicy £1m – but the odds are almost 1 in a billion.

All 34 Instant Win Games are available on the National Lottery website and are a super fast alternative to the traditional scratchcard.

'JUST A FEW CLICKS AWAY'

A National Lottery spokesperson said: "With prizes that never run out and a huge variety of games, there’s an Instant Win Game for everyone.

"In just a few clicks, you could win anything from a few pounds to a life-changing million.

"Every week over £15.7million is won on our Instant Win Games."

The Sun Online also unveiled the overall odds of winning anything on a scratchard – however large or small.

And further investigation revealed which give you best bang for your buck.