Terrence Clarke, a 19-year-old basketball player for the University of Kentucky who had recently declared for the NBA draft, died in a car crash on Thursday, Los Angeles police confirmed.

The crash occurred at approximately 2 p.m. local time, after Clarke ran a red light and collided with a vehicle attempting to make a left hand turn, a spokesperson from the LAPD’s Valley Traffic division told CBS News, citing footage captured from a resident’s security camera. Clarke’s vehicle then hit a light pole and a brick wall, the spokesperson said.

Clarke was transported to Northridge Hospital where he died from his injuries, the spokesperson said. No one else was injured.

“I am absolutely gutted and sick tonight,” Kentucky head coach John Calipari said in a statement from the school. “A young person who we all love has just lost his life too soon, one with all of his dreams and hopes ahead of him. Terrence Clarke was a beautiful kid, someone who owned the room with his personality, smile and joy. People gravitated to him, and to hear we have lost him is just hard for all of us to comprehend right now. We are all in shock.” 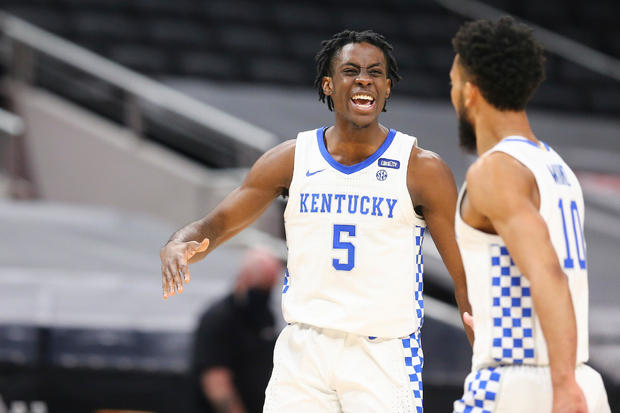 CBS Lexington affiliate WKYT reports Clarke had recently signed with an agent after declaring for the NBA draft in March. In his freshman year at Kentucky, he averaged 10 points and three rebounds in his first seven games before missing 17 games due to a foot injury, according to WKYT.

“As an adolescent, having the privilege to put on the Kentucky uniform and play in front of the BBN (Big Blue Nation) was always a lifelong goal of mine,” Clarke said when he announced he would declare for the draft. “Although it was hindered due to things out of my own control, the experience is something I will keep with me forever. I have grown a lot with this experience and I will never take it for granted.”

“We are saddened and devastated by the tragic loss of Terrence Clarke,” the president of Clarke’s agency told ESPN. “Terrence was an incredible, hard-working young man. He was excited for what was ahead of him and ready to fulfill his dreams. Our prayers go out to Terrence and his family, who ask for privacy during this difficult time.”