Madison Prewett is grateful for her ‘tortuous’ split from Peter Weber

Peter Weber not interested in ‘Bachelor’ return, would rather hunt ghosts

Peter Weber is aware that there were thorns in his “Bachelor” romance with Madison Prewett.

“It was literally the most trying and most difficult experience I have ever been through,” Weber, 30, exclusively told Page Six in a new interview, reflecting on his time leading Season 24 of the ABC dating series — and courting Prewett — in 2020.

As viewers will recall, Weber instantly connected with Prewett, 25, who received his first one-on-one date — an intimate visit to the pilot’s family home in Southern California to attend his parents’ vow renewal.

The Alabama-bred contestant, who told Weber that she was saving herself for marriage earlier in the season, eventually made it to Fantasy Suites week — but fled the show after learning that her then-potential husband had been intimate with his other two finalists. 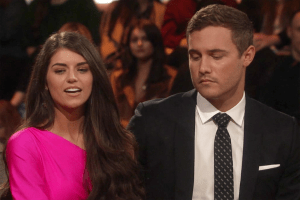 “As much respect for her as I have and think so highly of her, I definitely see there were differences between the two of us that probably weren’t going to allow a meaningful long-term relationship to flourish,” Weber said. “Nothing against either one of us. It’s just who we are. It is what it is.”

Weber isn’t sure that his love story with Prewett would have ended happily ever after even if she had received the first date of the week, which many fans have claimed would have given the proud Christian an opportunity to underline her morals. 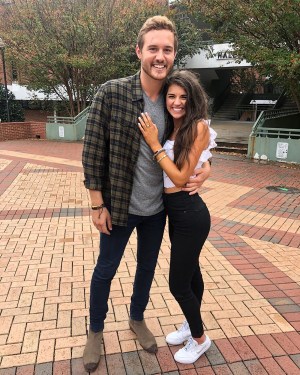 Prewett echoed as much in a recent interview with Page Six, saying,  “At the end of the day, it is what it is and it all happened the way that it was supposed to.”

After Prewett called it quits with Weber, he ultimately proposed to final rose recipient Hannah Ann Sluss. But when that engagement crumbled, Weber and Prewett made a pact at the “After the Final Rose” special to explore their relationship off-camera.

Prewett details her “tortuous” split from Weber in her new memoir, “Made for This Moment: Standing Firm with Grace, Strength and Courage” — a book he has yet to read, though he supports her literary endeavors.

“I’ve got nothing but great things to say about her,” he said. “She’s always carried herself in the best way possible. I’m excited to see all her success that she’s accomplished.”

Weber, who also dated “Bachelor” Season 24 star Kelley Flanagan post-show, told us that he hasn’t maintained friendships with any of his reality TV exes — and is intrigued by the idea of dating someone who isn’t famous. 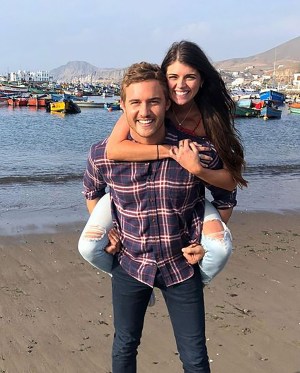 “I really am more of a private person. I know a lot of people don’t believe that but I really am,” he said. “I look forward to possibly dating someone that’s not in the public eye. To me, there’s something that’s just very attractive about that and just keeping things a little bit closer to the chest.”

But if he’s still single by next summer, Weber is open to looking for love on the beaches of “Bachelor in Paradise.”

“That’s obviously the one avenue I haven’t gone down, but it’s the one that I think could work better for me than ‘The Bachelorette’ or ‘The Bachelor,’” said the “Bachelorette” Season 15 alum, who previously competed for Hannah Brown’s heart in 2019.

Weber — who was unable to participate in the spin-off this year due to scheduling conflicts — elaborated, “Just being able to focus on one person is how I really kind of like vibe with someone and connect. Having so many people around and having so many women to navigate through, it can be distracting. So I like the thought of how ‘Paradise’ is run.”