Prince Edward, 57, delivered a message of heartfelt thanks to Duke of Edinburgh Award Scheme participants and honoured his late father Prince Philip in a new video to mark Volunteers Week. The laidback Earl comes across as less stiff than most senior royals and shows he is a “kind leader” like his wife, Sophie Countess of Wessex, 56, a body language expert has claimed.

The Royal Family shared the new clip of Edward on Twitter on Friday.

The tweet read: “To close #VolunteersWeek. HRH The Earl of Wessex gives a special thanks to #DofE volunteers around the world.

“Thank you to all our incredible DofE volunteers. From inspirational participants to Leaders who go above and beyond.”

In the video, Prince Edward said: “This week we rightly take a moment to acknowledge and thank everyone who volunteers.

“Everyone who takes time to help others. We often forget volunteering can take many forms, yet every role plays a really important part.” 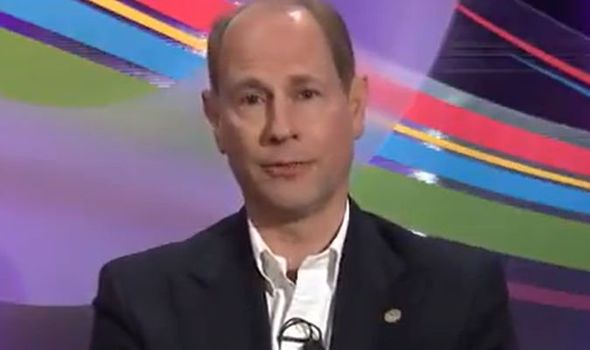 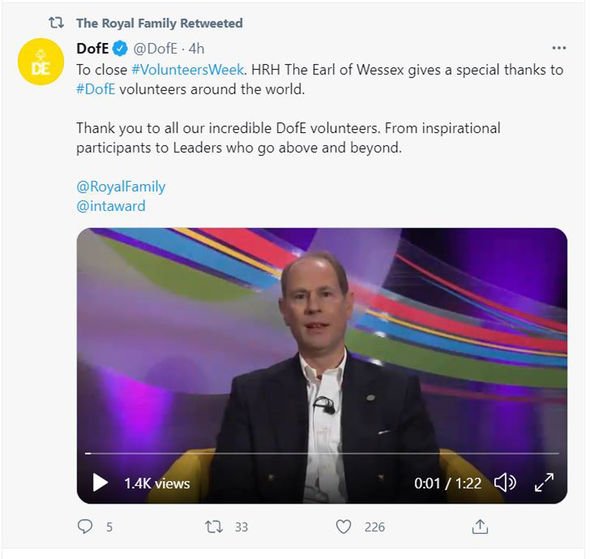 Edward added: “We should never underestimate the value of that help, that act of kindness, which is worth far more than any monetary equivalent.

“Volunteering should also be a satisfying and rewarding experience for the volunteer and I certainly hope that if you have been introduced to volunteering through the Award, for instance, you have discovered something about yourself and hopefully developed a lifelong desire to step forward to make a difference to others.

“I want to say a huge thank you to you, every one of you, for everything you do and in particular those of you who give your time to support young people to do their Award.” 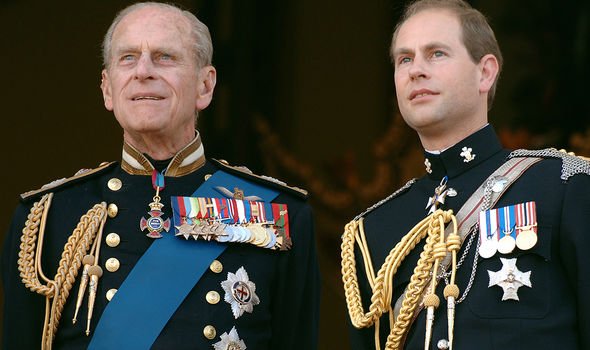 The Earl added: “Day in, day out you are there for them, guiding them, encouraging them, helping them to discover there is more in them than they might think.

“Your dedication and commitment, especially during such a challenging year, are making a real difference and a lasting difference to young people who need the focus and motivation of their Award now more than ever.”

Edward’s “enthusiasm” for his late father’s Duke of Edinburgh Award legacy comes through in his laidback speech, Judi claimed.

The analyst said: “There’s something endearingly warm and low-status about Edward’s body language in this clip.

“Listen to his enthusiastic intonation and his accent, which sounds far less in the RP or Queen’s English style than most other royals, making him sound very different to his parents and his older brother Charles with their more stylised delivery.”

She added: “He kicks off by projecting that enthusiasm straight away, raising his brows and pulling his arms into his torso, with his top lip curled up at the corners to form a part-smile.

“With his small head-bounces and head tilts, Edward sounds like a friendly teacher or children’s tv presenter.

“His delivery style is akin to a storyteller as though he is keen to engage a younger audience and inspire them rather than to deliver a formal speech.”

Edward shows “humility” in his heartfelt thank you to volunteers, the analyst claimed. 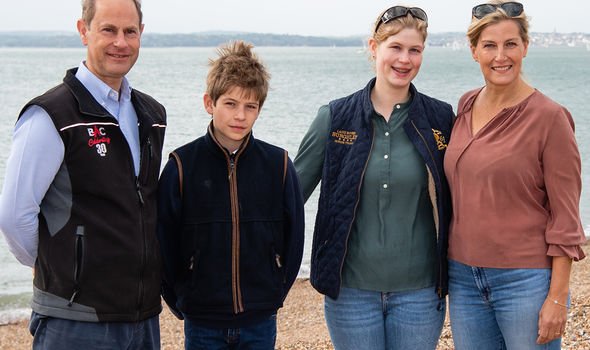 Judi added: “His thanks to the volunteers is accompanied by some very emphatic gesticulation that suggests some humility in his praise.

Edward seems to mimic some of his wife Sophie, Countess of Wessex’s public speaking traits in the new video.

Judi said: “In many ways, Edward appears to have some of the traits and skills of his wife Sophie when it comes to providing inspirational but also accessible leadership.

“Both look more like the kind of leaders who would be out joining in the challenge rather than popping in to add a formal, royal touch now and again.”