Kate to be ‘peacemaker’ when Harry, William reunite at Philip’s funeral

Prince William and wife Kate Middleton have expressed their grief in losing Prince Philip on social media moments after the royal’s funeral.

In a post from the Duke and Duchess of Cambridge’s Twitter account, @KensingtonRoyal, the pair praised the Duke of Edinburgh for his enduring loyalty to the Queen.

“The Duke of Edinburgh was a devoted consort to Her Majesty The Queen for nearly 70 years, from Her Majesty’s Accession in 1952 until his death,” reads the post. Attached was a photo of the couple paying their respects behind Prince Philip’s coffin, as well as of William, Harry and other family members following the casket into St. George’s Chapel.

William and Kate were spotted after the service speaking amiably with brother Harry, who made the trip from California to attend his grandfather’s funeral.

The Duchess of Cambridge’s appearance echoed reports that she was slated to play “peacemaker” for her husband and his brother, who hadn’t seen each other since Harry and pregnant wife Meghan Markle stepped down as senior royals.

The brothers’ appearance post-funeral provided far different optics from the beginning of the day, when Harry, 36, and William, 38, marched in the royal procession solemnly, but not side-by-side, with their arms rigidly at their sides. They were separated by their cousin Peter Philips. 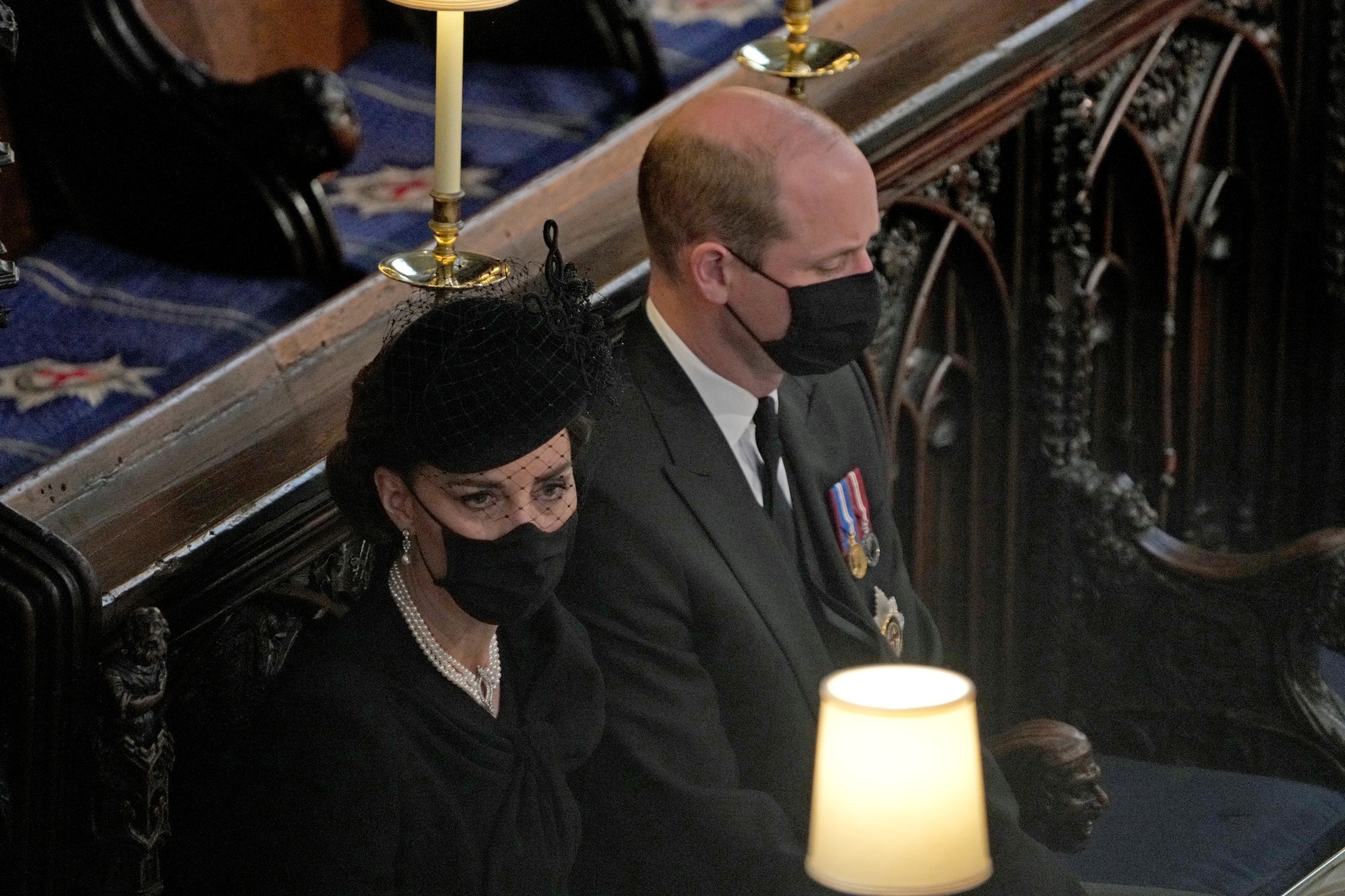 The two were also separated during the 50-minute church service.

“They know it is not about them on Saturday – it is about honoring their grandfather’s memory and supporting their grandmother,” a royal source previously told The Daily Telegraph. “I would be extremely surprised if that wasn’t front and center of both their minds. They will be keen to spend time together as a family, in the same time zone for once.”