As part of one of the few successful Bachelor Nation couples, Bryan Abasolo knows a thing or two about making a relationship work.

‘Bachelor’ and ‘Bachelorette’ Alums Who Went Back to Their Day Jobs

“I feel like it’s been a long time, but then we really think about it, time has flown by as well,” the doctor said on Us Weekly’s “Here for the Right Reasons” podcast about meeting Rachel Lindsay on season 13 of The Bachelorette in 2017. “But I think we’ve just grown so much together. Obviously, we were engaged for a couple years. Now, we’ve been married for a couple years. We have a new house, we have our dogs, kids are in our future as well. We just got a lot of great things going on. Our careers are flourishing, we’re both in a good place.”

Abasolo, who married Lindsay in August 2019, noted that the couple make their relationship a priority. 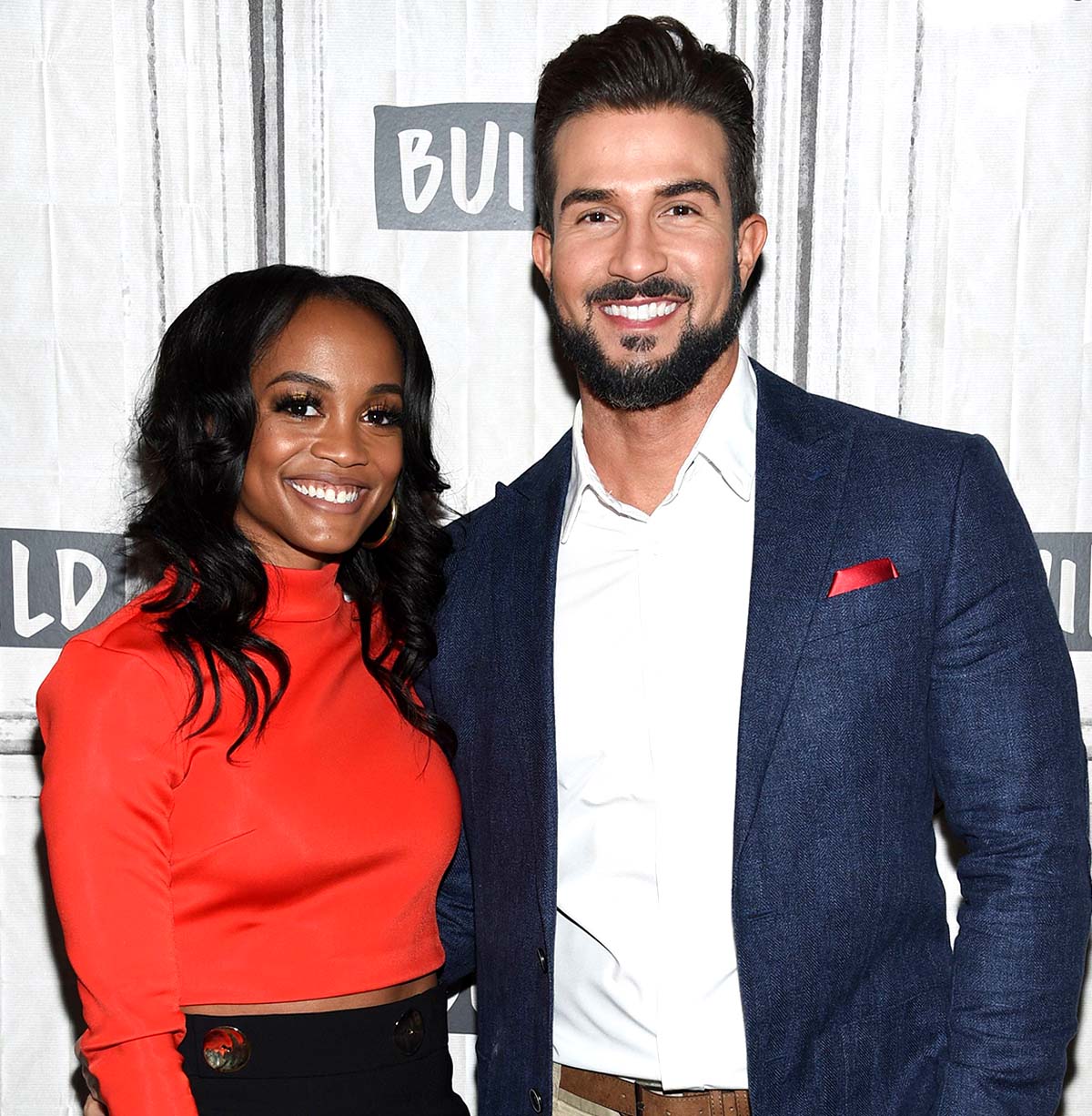 “We can’t lose sight of why we came together in the first place and that was love, right?” he told Us. “So we planned dates. Even if it’s just the most basic thing, just as far as we’re spending quality time together, I think that’s what matters. The pastor [who] actually performed at our wedding, we did premarital counseling with him and he mentioned that it was so important for you to date your partner, always pursue your partner and set time aside to have those quality intimate moments with each other where you can grow as a couple.”

Abasolo’s “Talking It Out” podcast cohost, Mike Johnson, for his part, confirmed to Us that he’s single — despite photos of him cuddling up with a mystery woman at a recent baseball game.

“That was a fan that asked to take a picture and she specifically said, ‘Can we make my ex jealous?’” the Bachelorette season 15 alum explained to Us. “I was just trying to be a nice guy.”

Johnson added that he’s dated exclusively “a couple times” since his time on Hannah Brown’s season and Bachelor in Paradise season 6.

“[I’m] single as of right now and I am focusing on being the best version of myself,” he said. “I gotta continue to grow.”

Abasolo noted that he and Lindsay have tried to play matchmaker for Johnson.

“Ever since the beginning, it was my goal on the bucket list to find this man [the] perfect woman because he’s such a great guy [and] has so much going for him,” Abasolo said. “I mean, honestly he should have been the Bachelor if [you] really asked me, but I just think he deserves the world. He’s gonna make a woman very, very happy one day.”

While “Talking It Out” drops new episodes newly, The Bachelorette returns for season 19 on ABC Monday, July 11, at 8 p.m. ET.