A new work from First Nations composer and didgeridoo virtuoso William Barton will be the first music to be heard when the newly refurbished Sydney Opera House concert hall finally re-opens its doors next year.

The Barton piece, part of the SSO’s 50 Fanfares commissioning project, will be paired with Gustav Mahler’s monumental second symphony in a series of concerts in July that will also mark the debut of Simone Young as the orchestra’s chief conductor – the first woman to hold the position. 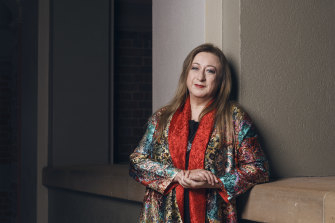 Simone Young: “There is a sensation of sheer joy in the concert halls and opera houses at the moment.”Credit:James Brickwood

“William is a terrific composer but up until now has basically worked with small ensembles,” Young said. “He was a bit shell shocked but absolutely delighted when I said to him, ‘You’ve got the whole toolbox, mate – the orchestra, the choir, the soloists. Go for it!’”

Included in Barton’s work will be the sound of clapsticks made from wood salvaged from the opera house floor before work began.

“They will be quite sacred and continue to be played with the spirit of every musician who has set foot on that concert hall stage,” said Barton, who has started work on the piece, which will conjure a sense of the sacred landscape and the importance of language.
“I hope I do my people proud,” he added.

Young was speaking from Zurich, Switzerland, as the SSO unveiled its 2022 season, the centrepiece of which will be the long-awaited return to the concert hall, closed in February last year.

Mahler’s second symphony, which calls for a full chorus and two female soloists, as well as a vast orchestra is known, appropriately, as The Resurrection. 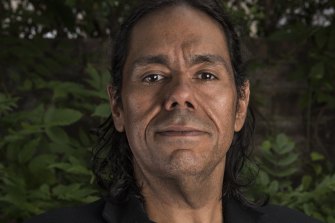 “I don’t think it’s terribly original to re-open with Mahler 2 but for me it’s more than just the serendipity of the title. It’s also that The Resurrection symphony explores musically and emotionally every corner of the space,” said Young. “It’s one of the biggest gatherings of musical forces that you can imagine and it’s a wonderful opportunity for Sydney audiences – and the orchestra – to explore everything the space has to offer.”

Young’s three-year term as chief conductor was announced at the end of 2019, closely followed by the pandemic lockdown throwing her plans into chaos.

“It’s been a little crazy because 2021 was supposed to be for me a prep time for 2022,” she said. “We got the February concerts in but I spent two weeks in quarantine in the middle of the year in Sydney for no concerts. That was very frustrating and frustrating for the musicians.”

With Australia locked down, Young has been much in demand around the re-opened concert halls of Europe and beyond. She said the sense of excitement from fans starved of performance for so long had been almost palpable.

“I don’t think I will ever take for granted again the privilege and beauty of what we do. There is a sensation of sheer joy in the concert halls and opera houses at the moment. Audiences are desperate to get back. You feel it – they hover around the stage door and you get messages on Facebook. Audiences are so positive, so excited, so happy.”

Next year’s SSO season will be staged as two “chapters”. The autumn season will open in March in Sydney Town Hall ahead of the winter/spring season and the return in July to the Sydney Opera House.

A highlight of the second chapter will be an adaption of Mendelssohn’s A Midsummer Night’s Dream in collaboration with Belvoir Street Theatre’s Eamon Flack.

“This is the start of something that I want to see continue – collaborations between us and other artistic organisations, be they visual arts or dramatic arts,” said Young, who will also conduct a concert version of Beethoven’s only opera, Fidelio, in November. The performance will feature the writings of First Nations author Tyson Yunkaporta.

“Despite the fact it was written more than 200 years ago it is one of the most contemporary operas that exist,” Young said. “It proclaims humanitarian values and is about triumph over tyranny and corruption – triumph through love and sacrifice.”