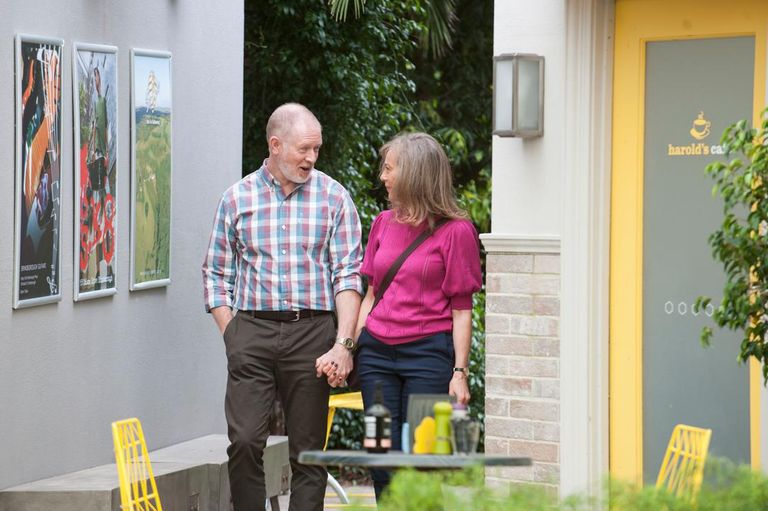 Byron (Joe Klocek) delving into Clive’s (Geoff Paine) past is turning up some surprises in Neighbours.

Having realised Clive has a connection to one of his clients, Byron has gone into PI mode to identify whether Clive is cheating on his mother Jane (Annie Jones). Nicolette (Charlotte Chimes) is in on this secret operation, but what will they uncover?

Unfortunately for Byron, he’s not particularly good at espionage and gets found out while trying to get to the bottom of Danielle’s connection to Clive. Danielle reacts immediately and fires him. Danielle then gives Clive the heads up that Byron is up to something.

However, this is a bad move for Danielle and Clive, as Nicolette witnesses the exchange between the two and takes a snap as evidence. It’s incriminating, and Nic and Byron convince themselves Clive is doing the dirty.

With what they think is all the evidence they need the siblings share their findings with mum Jane. In turn, an appalled Jane confronts Clive who, backed into a corner, is ready to confess. He reveals a particularly shameful chapter of his past which leaves Jane distraught. She seeks answers from Danielle, but instead of easing Jane’s discomfort she makes everything much worse when she divulges some even more shocking secrets. Is this it for Clive and Jane?