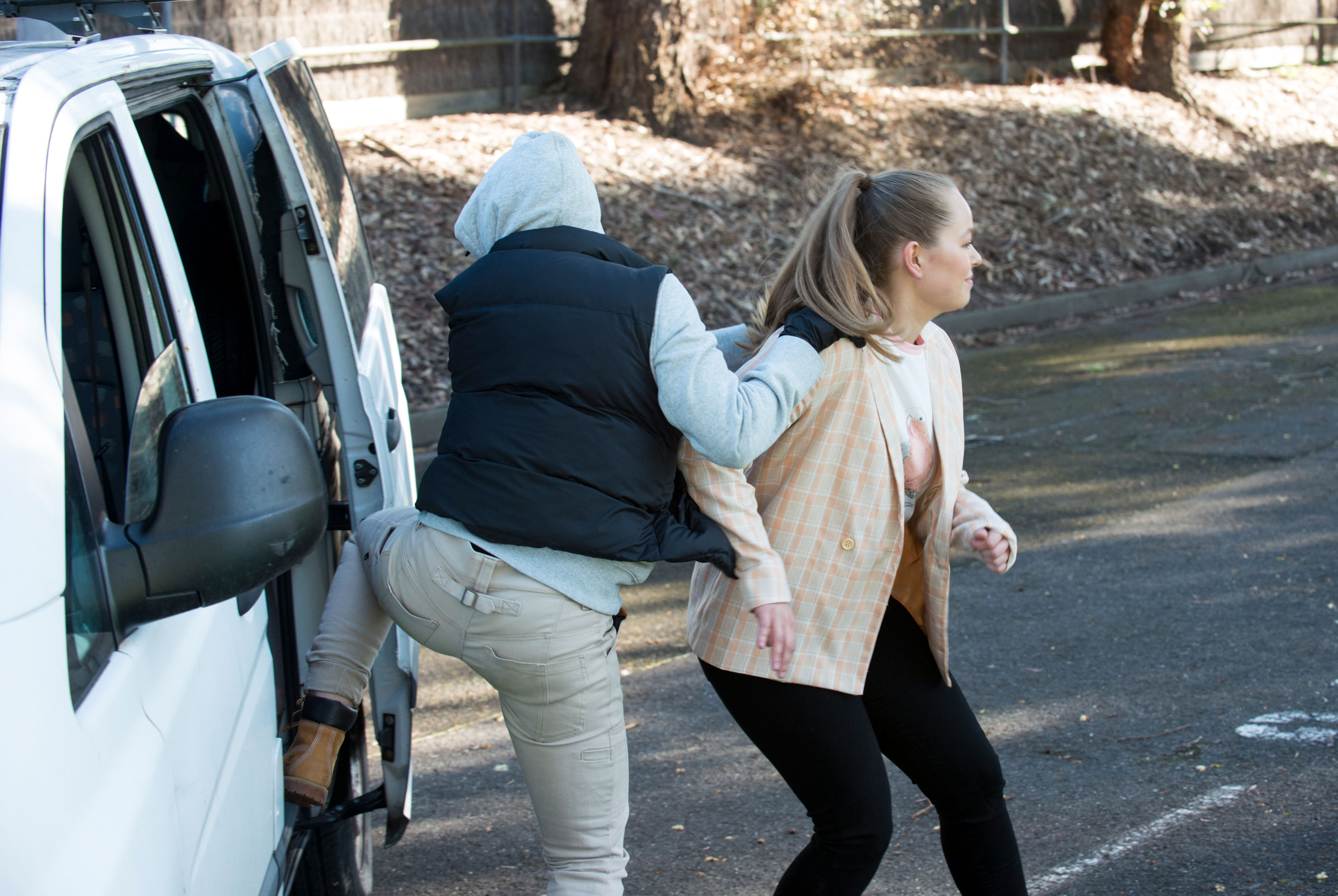 Hendrix’s (Benny Turland) spiral into gambling addiction doesn’t just see him broke and owing a violent thug money, it sees Shane’s (Nick Coghlan) life in danger and Harlow (Jemma Donovan) bundled into the back of a white van.

Fearing for his life, Hendrix steals a gun to protect himself against Kane (Barry Conrad). It properly backfires when Jay (Dhruv Malge) decides to hide it in the pizza oven which the family then fires up. There’s a huge explosion which sends everyone flying, and sends a bullet soaring into Shane’s leg.

He’s left battling for his life while Hendrix is forced to come clean – he heads down to the station and confesses the firearm is his, and exactly what he had it. Yashvi (Olivia Junkeer) vows to catch this crook once and for all, and sets about heading off to catch him.

Meanwhile, Harlow is minding her own business walking along the road when a white van pulls up, a hooded hooligan hops out and she’s dragged into the vehicle. She’s been kidnapped.

Hendrix is starting to worry about Harlow. He hasn’t heard from her since his confession and is worried she’s done with him, but his concerns change when he speaks with Paul Robinson (Stefan Dennis) and Terese (Rebekah Elmaloglou) – they haven’t seen her either. She’s been MIA all morning and with Kane still hellbent on revenge, Hendrix realises that she may just have become the target.

Being the excellent copper she is, Yashvi tracks down Kane and tackles him to the ground – this time she isn’t letting him go. But has she found him in time to save Harlow? Will Harlow pay the ultimate price for Hendrix’s gambling debts?