A new book lifts the lid on the murkier side of social media including dubious cosmetic surgery companies, get-rich-quick crypto schemes and unethical fast fashion dressed up as couture.

Get Rich or Lie Trying, by London-based journalist Symeon Brown, examines how unscrupulous companies can thrive on social media platforms such as TikTok and Instagram, often flattering micro-influencers who are desperate to boost their following with unethical and – sometimes unsafe – offers they feel they can’t refuse.

Regulation of such platforms remains limited and the social media industry, said to be worth £10billion in 2021, up from £1.2billion just four years ago, has, Brown says, made it a glamorous shop window for influencers to be targeted by potential fraudsters.

Speaking to FEMAIL, Brown explains that his book also looks at the pressures he believes are loaded onto young people, who see such platforms as a ticket to shrugging off an ‘ordinary’ life and becoming super rich. Society’s latest generation, he says, ‘has bought into the idea that they can expect to have this almost prestigious success’. 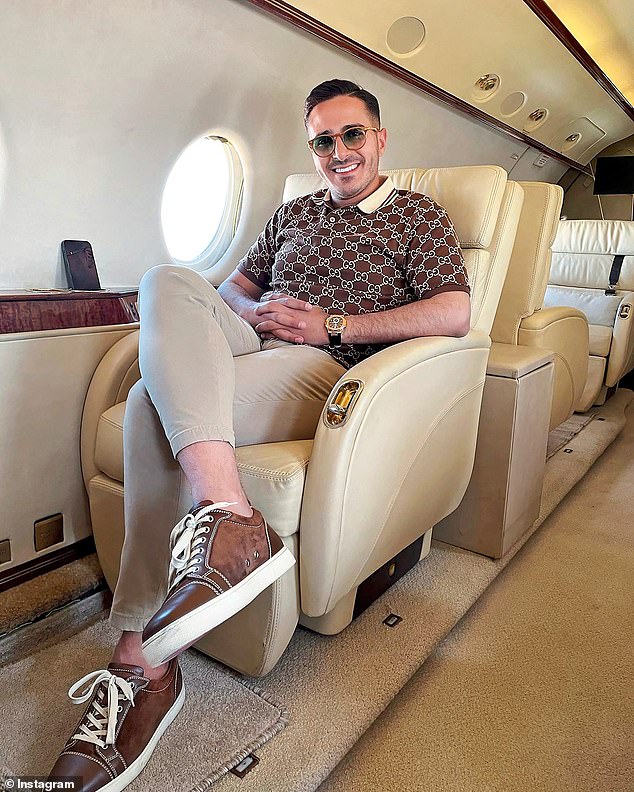 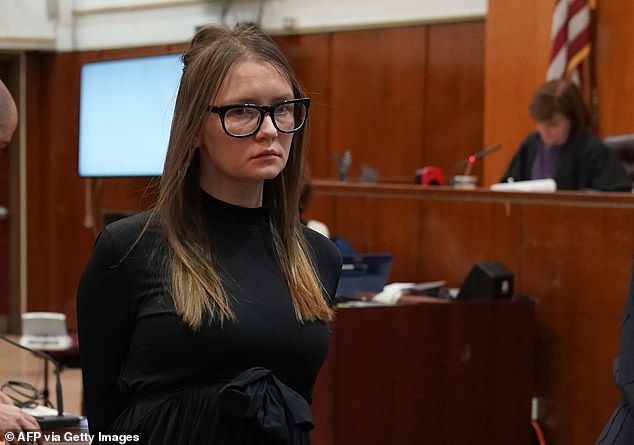 This month Anna Delvey reached a million followers on Instagram after a Netflix series about her crimes was aired. Delvey, real name Anna Sorokin, spent ten months duping banks, law firms, hotels, fashion designers, a private jet company and supposed friends out of £211,000 after arriving in the U.S. in 2017

Referencing former Love Island star Molly-Mae Hague, 22, who currently has 6.2 million followers on Instagram and reportedly earns £400,000 a month for her work with fashion brand Pretty Little Thing, Brown says people often don’t realise that only ‘good fortune’ has seen Hague go from being a lifeguard to a millionaire in a short space of time – and they think they can achieve similar levels of success.

He explains: ‘There’s a lot of good fortune that has enabled Molly-Mae’s success, and I’m not sure she recognises that – being shortlisted to be on Love Island, having a certain aesthetic. No-one is saying that she hasn’t worked hard but different people working hard could have a very different result.’

While the Love Island star may fit the archetypal influencer image, Brown says there are influencers in every field – from gaming to crypto currency – trying to generate income from social media-based attention or by creating a persona online.

Social media platforms in 2022 fuel success by any means, he says: ‘There is so much pressure on young people today to be successful, to live in luxury, to be wealthy, let alone to be attractive and good looking on the internet – there’s a lack of recognition that not everybody is going to make it.’ 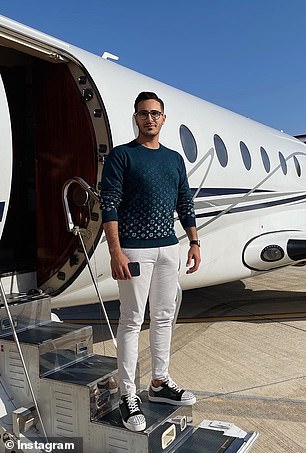 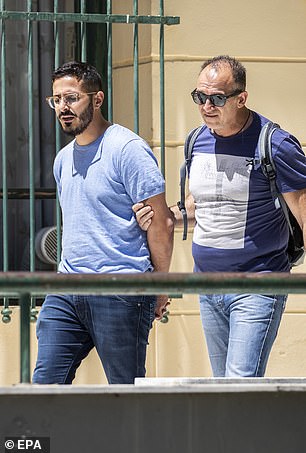 Idolised in spite of his crimes: The Tindler Swindler, who conned dozens of women out of money, looks set to earn millions from his notoriety – and always denied he’s acted in a criminal way 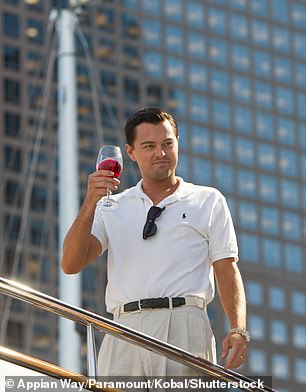 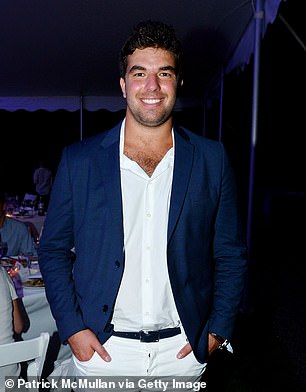 Jordan Belfort, aka the Wolf of Wall Street, has enjoyed a similar high profile status since he famously defrauded US banks (Pictured: Leonardo DiCaprio playing him in the 2013 film). He’s the epitome of how ‘mean culture’ can be attractive to some on social media

He attributes the ‘huge boom’ in mental health problems to such pressures, saying young people need to stop believing that ‘if you are not affluent then that’s a character failing.’

And the age-old ‘hustle’ has never been more prominent than it is on a smartphone, the book suggests. Those who’ve earned notoriety for scamming people, including fake German heiress Anna Delvey are now ‘lionised’ in spite of their crimes.

Jordan Belfort, the Wolf of Wall Street, who pled guilty to stock market fraud in 1999 has more than two million followers online and Delvey and Leviev have followed in his wake.

Delvey hit a million followers this month – following on from the Netflix series Inventing Anna, which detailed how she tried to scam her way to a billionaire lifestyle in New York. 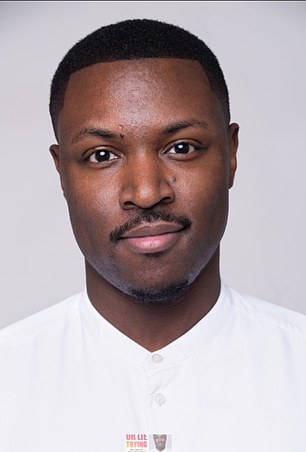 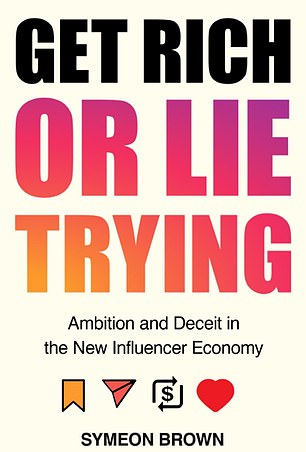 ‘If people are bending over backwards to offer you a brand deal or monetisation, if you’ve got a million followers, you can be more selective over curating your choices. Lower down the food chain, there is less of that, there’s a greater desperation,’ says Brown

Leviev, similarly the subject of a Netflix documentary, has seen his social media followers soar. Fake accounts in both of their names have also garnered hundreds of thousands of followers between them.

Simon Leviev continues to deny that he ‘conned’ women out of money, telling Inside Edition this year that he was ‘just a single guy that wanted to meet some girls on Tinder.’

Says Brown: ‘The scammer has almost become a hero to people who are hustling on the internet. Jordan Belfort was the original lionised scammer, who became a figure of herosim and the centre of ‘mean’ culture, and others have followed’.

Cancel culture is a fickle phenomenon too, thinks the author, because we have short-term memories. When Molly-Mae was heavily criticised for ‘tone-deaf’ comments made about how she’d found fame and fortune via hard work earlier this year, it looked like her star might be about to fall…three months on and her profile is stronger than ever. 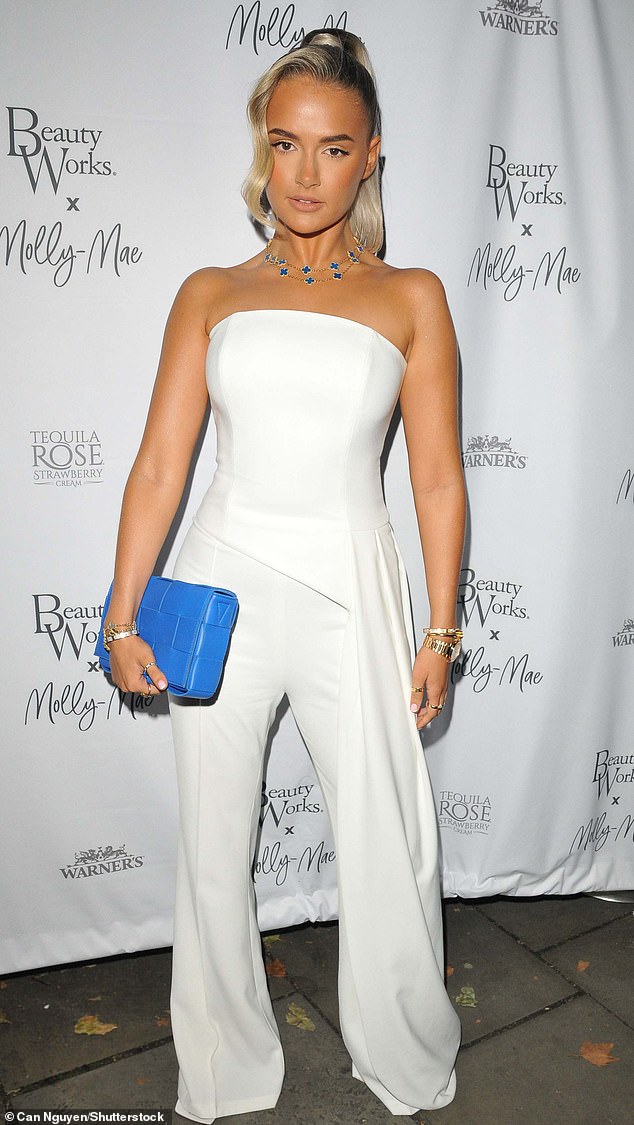 ‘There is a limit on cancel culture, the nature of the internet is that there is always an event – anger and outrage are a very prominent commodity on platforms such as Twitter. Very few people are genuinely cancelled, there’s a short-term impact but then the eco-system bounces back, people win back the bases that built them.’

The book highlights how platforms such as Instagram and TikTok have also become breeding grounds for exploitation, with young women often the target.

Explains Brown: ‘Surgery shape, for example, has been spread through micro influencers who are given free surgery if they sign up and promote it to their followers.

‘Pop-up cosmetic surgery outfits recognise those women as being ripe for not only having the surgery but signing people up to it. Often these women will later not declare when they’ve had a botched procedure.’

The social media arena ‘propels dishonesty’ he says with regulation across platforms still not good enough to protect people.

‘Fraud is at record levels and a lot of that is driven by social media. There are millions and millions of different advertisers of different scales – and that makes accountability far harder – regulators can’t keep a breast of it. Nefarious companies take advantage of that and micro influencers who are trying to grow their followers have less agency.

‘If people are bending over backwards to offer you a brand deal or monetisation, if you’ve got a million followers, you can be more selective over curating your choices. Lower down the food chain, there is less of that, there’s a greater desperation.’

The platforms have a responsibility to be better, says Brown: ‘If they can respond quickly to concerns over copyright, then there’s a question over how these economies are thriving, certainly when it comes to pyramid schemes, which are all over the platforms. 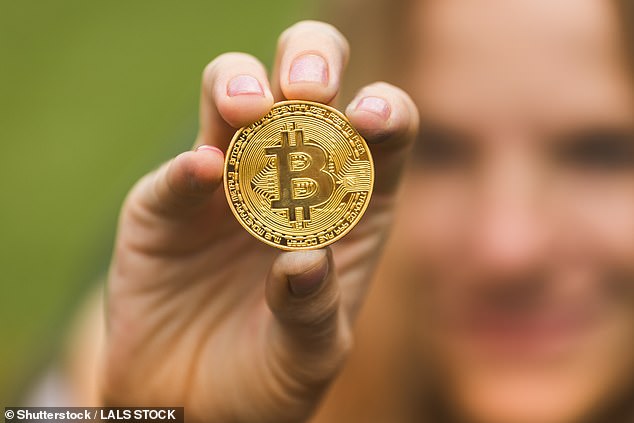 ‘Fraud is at record levels and a lot of that is driven by social media’ says Brown, with pyramid schemes and crypto currency scams often using platforms to promote their disreputable businesses

‘If the companies wanted to act, they certainly have the power to do that and have more than enough money to have the resources to do so. The regulations at present are not working and are not keeping people as safe as they could be. They’re allowing this kind of behaviour to flourish.’

Where will it end? It won’t says Brown, at least not anytime soon, saying this is just the tip of the influencing iceberg.

‘We’re nowhere near the bubble bursting. Influencing as a job is going to grow not diminish. We’re becoming a content based media society – everyone in some capacity is a media worker…we’re migrating heavily online but we’re still not there yet.’

Get Rich or Lie Trying  by Symeon Brown, published by Atlantic, is out now

Posing as a glamorous — and highly plausible — art lover and socialite, Anna Delvey, real name Anna Sorokin, had spent ten months duping banks, law firms, hotels, fashion designers, a private jet company and supposed friends out of £211,000 after arriving in the U.S. in 2017.

The world was gripped by the month-long trial that followed. 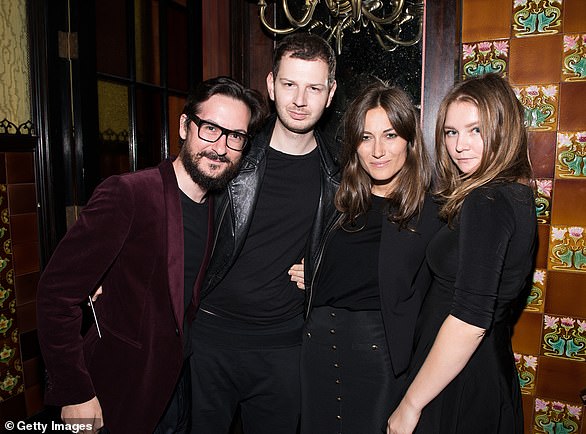 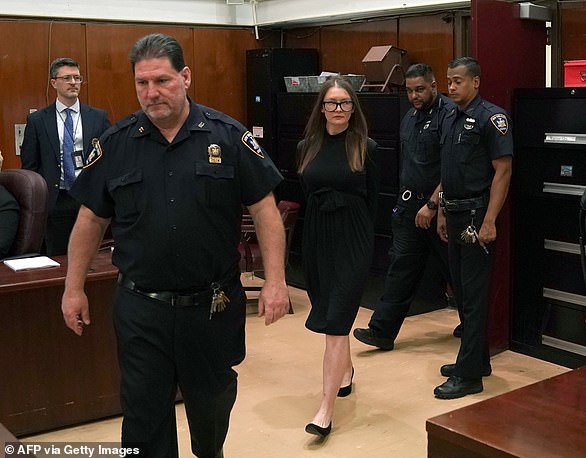 Jurors heard how she’d taken up residence in splashy boutique hotels in downtown Manhattan, dressed in Balenciaga and Celine, patronised expensive restaurants and threw crisp $100 bills around like confetti to waiters, concierges and drivers.

In reality, the so-called trust-fund babe who had boasted of having a £60 million fortune overseas was, in fact, the penniless daughter of a Russian truck driver who’d moved his family to Germany.

Jailed for four to 12 years, she was released early on February 11 last year and is now the subject of a ten-part Netflix series, Inventing Anna, about the convicted fraudster’s life.