The Fab Four was a name given to the quartet that was Meghan Markle, Prince Harry, Kate Middleton and Prince William. Body language expert Judi James spoke exclusively to Express.co.uk about when the relationship began to crumble.

The Fab Four made an appearance in February 2018, where they discussed the Royal Foundation.

It is here that the group dynamic showed its first signs of unravelling, according to Judi.

She said: “Like any new team there were signs of differences in terms of approach and delivery style and the mantra ‘Forming, storming, norming, performing’ that describes the four stages of team formation looked true of this family group as much as it would of an office-based team.”

The expert told Express.co.uk: “However any manager would have spotted red flags in what happened on stage here. 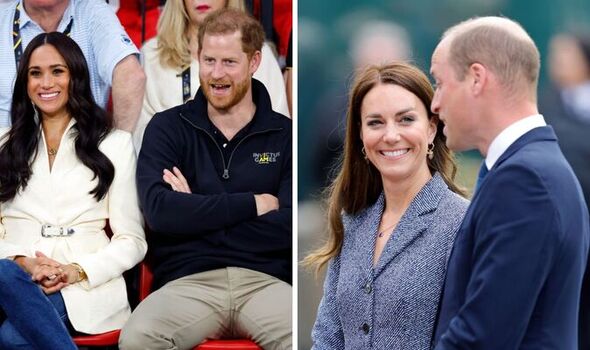 “The problem was we had an established team of three (Harry, Kate and William) taking on a fourth member in Meghan.

“The Royal Foundation was clearly a much-cherished long-term project of Kate and William’s, with both offering strong signals of support and loyalty to one another as they spoke.”

It was initially set up in 2009 as The Foundation of Prince William and Prince Harry, which Kate and Meghan joined as patrons upon marriage – with Kate and Will tying the knot in April 2011.

At this first appearance as a united front, the differences between Meghan and the rest of the Fab Four’s personalities were stark, according to Judi.

She claimed: “As founder members they appeared to work at a pace that could be described as traditionally royal, i.e. slow.”

For example, a pregnant Kate was “soft-spoken” and looked “understandably tired”, while her husband sat forward and “used gesticulation that defined his pace and work ethic”.

His speech using words like “careful”, “planning” and “preparation” were a far cry from Meghan’s more “high-energy” approach and phrases such as “passion”, “impact” and “hitting the ground running”.

Judi described this as a “direct contrast” between the pair. 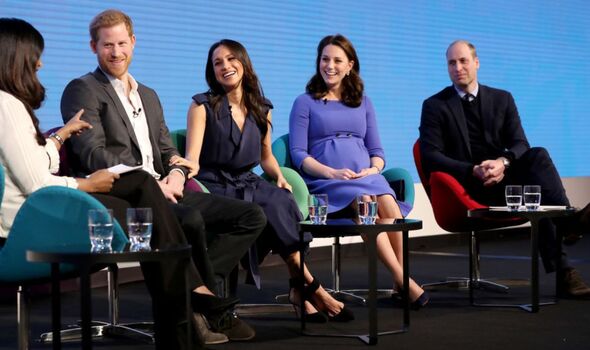 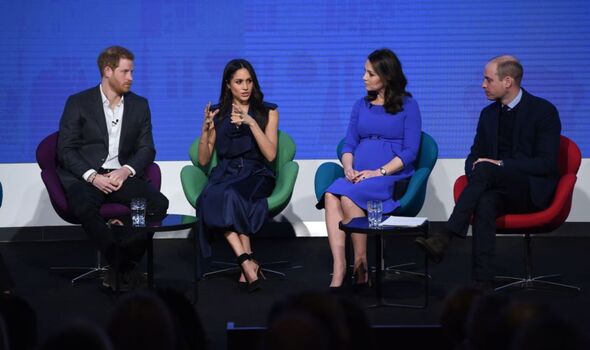 Judi continued: “As Harry sat watching his future wife, biting his lower lip in what looked like consternation, Meghan proved she was so much more than a compliant partner keen to keep to a pace set by the three royals.

“Her speed of speech was faster, her confidence levels were higher and when she referred to campaign work she was already involved in her global power muscles started to show.

“She spoke of empowering women and she looked like the poster girl of her own message.”

It is no secret that this group presentation was fraught with differences, however Judi emphasised one particular “red flag” that was apparent during the interaction – albeit a little “upstaged” by the more “obvious” admission of conflict. 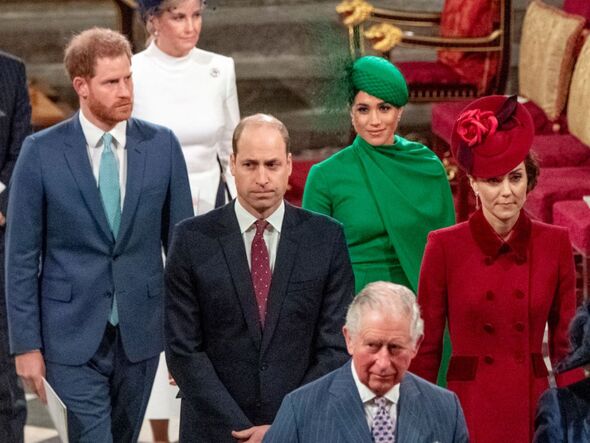 When Meghan was asked about her her impressions of the Royal Foundation so far, the Sussex’s “locked eye contact in a less-than-subtle tie sign”, that suggested they had pre-existing thoughts they could not share.

Judi claimed: “They also laughed and Harry very obviously threw Meghan a naughty-looking smile that looked as though he was challenging or daring her to speak her mind.

“William’s response that ‘Each of us has got their own ideas’ sounded like sticking plaster.”

Judi concluded: “Meghan really did hit the ground running and her speed of speech.

“Her precision gestures; her measuring gestures and her trait of twirling one finger in mid-air to signal a global perspective gave a glimpse of the wonderfully challenging, driven woman we can now see working for global change.”