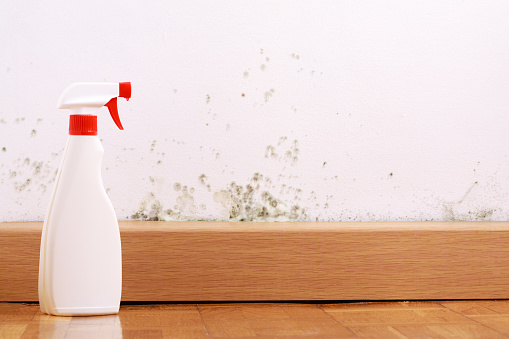 Cleaning routines can feel tedious at times, but there’s nothing more tiresome than mould – especially when it keeps coming back.

However, a cleaning guru has taken to TikTok to share a homemade mould-busting recipe – that not only kills spores, but stops them returning.

Chantel Mila, who goes by Mama Mila, has revealed her own cleaning concoction – which involves just a few ingredients.

Mum-of-two Chantel, from Melbourne, explains that she uses a cup of vinegar as the acidity helps get rid of mould spores.

She then adds 20 drops of clove oil, which acts as the anti-fungal element – killing mould spores.

After, tea tree oil is combined to prevent the mould returning.

Chantel says to spray this mixture onto a mould-prone surface and ‘leave for 20 minutes while the spray does the hard work’ – before rinsing off.

In the comments, Chantel stresses that peppermint oil is also anti-fungal and can be used as an alternative to clove oil.

Her homemade mixture follows in the footsteps of another trick for bathroom mould that went viral a few months ago – featuring bleach.

However, many people criticised this particular hack saying that it simply bleached the mould – making it appear gone, rather than actually tackling the problem.