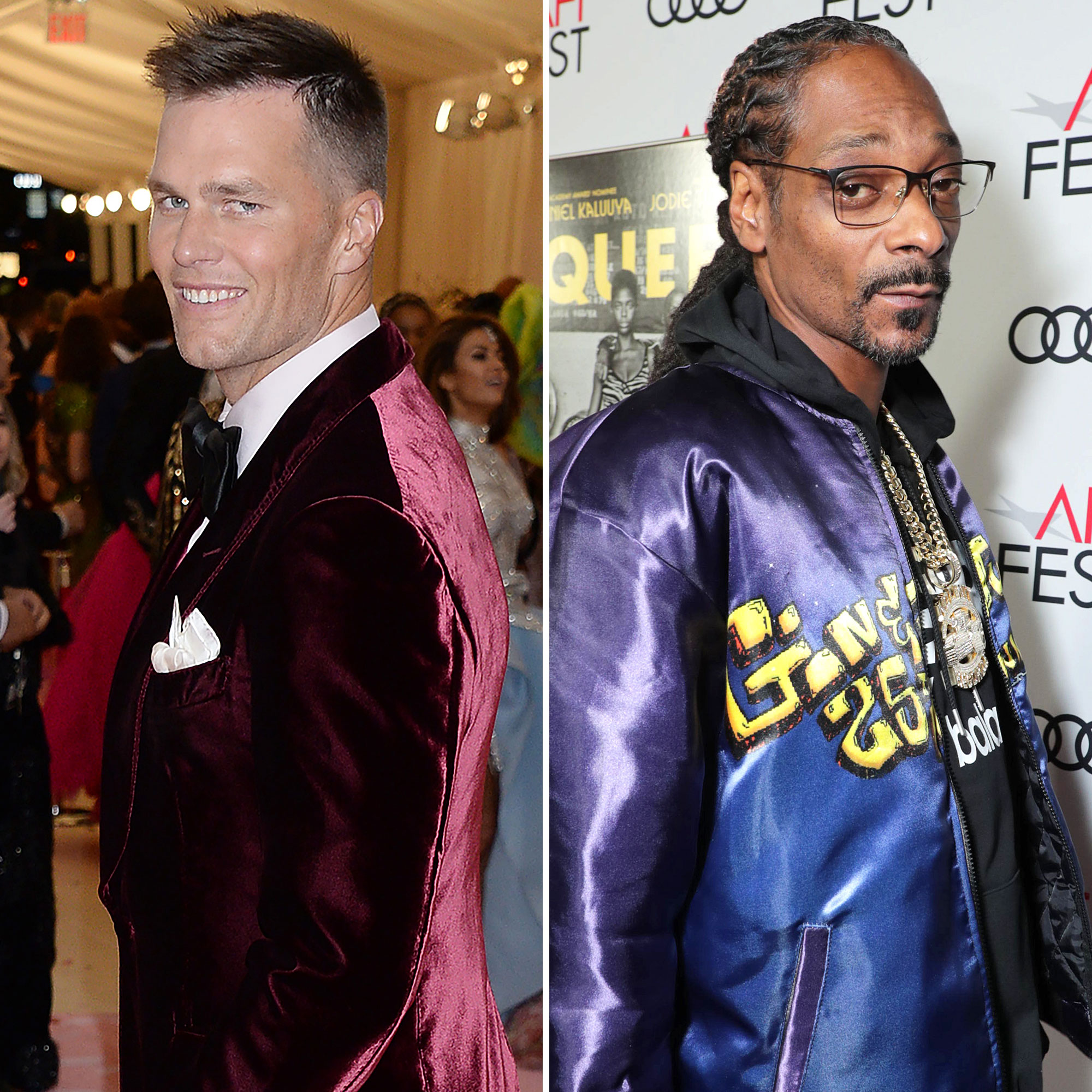 Super Bowl bash! Tom Brady revealed that he celebrated his 2019 win by taking his eldest son, Jack, to a party hosted by Snoop Dogg.

“It was in our hotel,” the professional football player, 44, said during the Monday, October 11, episode of the “Let’s Go! With Tom Brady, Larry Fitzgerald and Jim Gray” podcast. “So we had this little special spot on the stage. Snoop had a pole up, and there [were] some girls — they were clothed — but at the same time, there was a pole.”

When the athlete told his then-11-year-old to “cover [his] eyes,” the preteen told his dad that he was “good.”

The California native noted that he was on the fence about letting his son stay — namely, because he wasn’t sure how the now-14-year-old’s mom, Bridget Moynahan, would react.

“It’s 2 in the morning, and we are having the time of our life,” the quarterback recalled. “I’m like, ‘Holy cow. If he tells his mother, I ain’t going to see this kid for a long time.’”

The NFL player, who is also the father of son Benjamin, 11, and daughter Vivian, 8, with his wife, Gisele Bündchen, still considers the bash to be “one of the best moments of [his] life.”

When Brady took home another Super Bowl title two years later with the Tampa Bay Buccaneers, he celebrated on a boat with his daughter. The little one was appalled at the way he flung his trophy from one boat to another.

“I don’t remember that quite as well,” Brady said in March. “First of all, I was not thinking at that moment. There was not a thought. It was, ‘This seems like really fun to do.’ … I found out later that had that been an incomplete pass, that would have went down, like, 80 feet.”

Vivian screamed, “Daddy, no!” he added, joking, “Who could imagine that an 8-year-old girl would have the most sense of anybody in that whole area at the time? She’s the voice of reason. I mean, go figure. It was really cute.”

The former New England Patriots player’s children have all supported his athletic career over the years, from Vivian attending her dad’s training camp in August 2018 to Jack joining his father on the sidelines three years later.