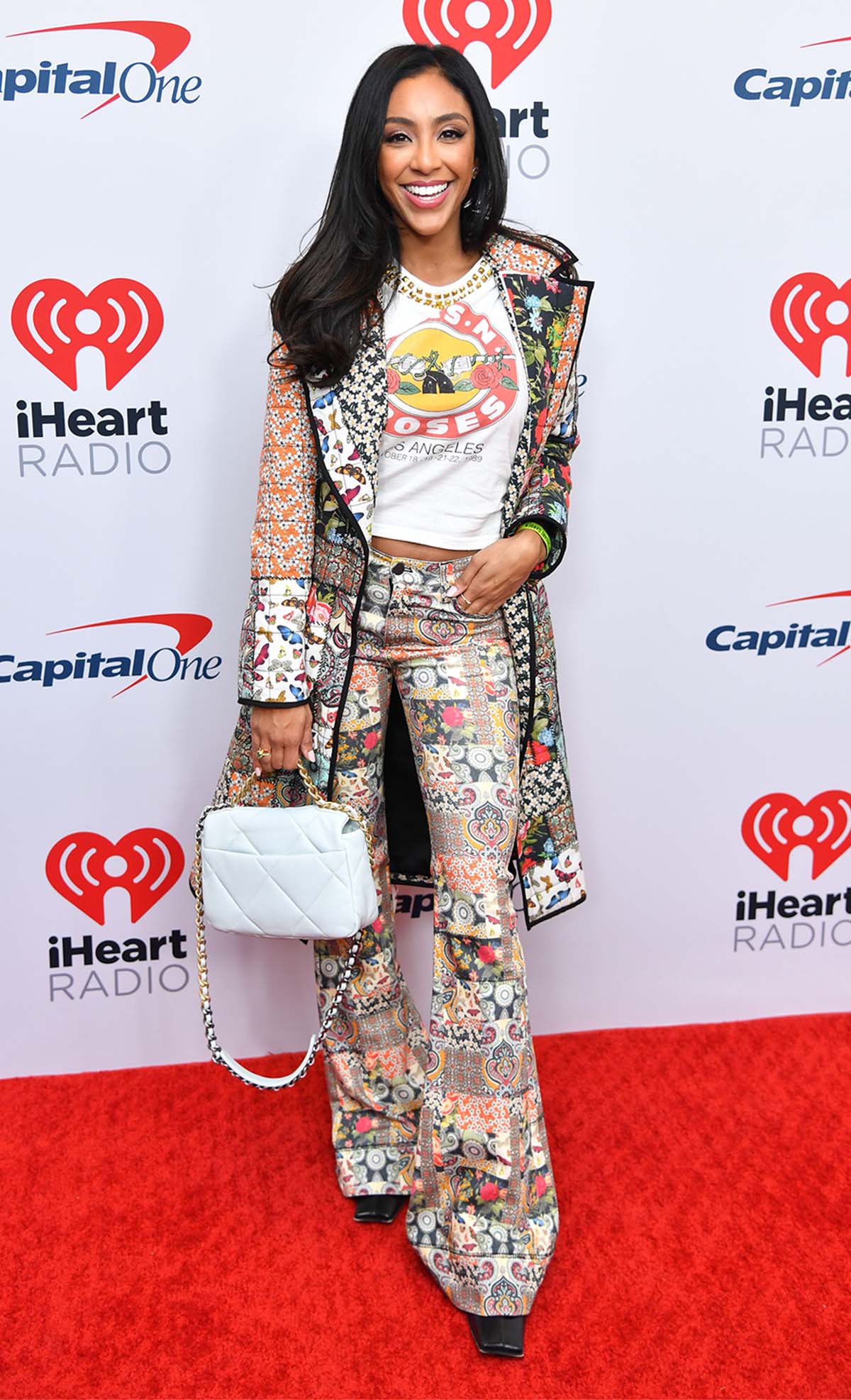 Staying safe! Tayshia Adams will not be cohosting Michelle Young‘s After the Final Rose special.

“It’s a little crazy here in New York and I was recently exposed [to COVID-19] so just as an abundance of caution, for Michelle to have her night, as well as Kaitlyn [Bristowe] and all the crew to produce this live finale tonight, I will not be there in person,” Adams, 31, said via Instagram Story on Monday, December 21. “But that does not mean I will not be turning in and enjoying it all.”

Over the video, she wrote, “I’ve cried a lot about nothing being there tonight but gotta make sure my @bachelornation fam stays safe and healthy.”

Adams fell for Zac Clark when she stepped in to replace Clare Crawley during season 16 of The Bachelorette in 2020. The season ended with the former phlebotomist and the addiction specialist getting engaged, but they couldn’t make their relationship work.

In November, the duo sparked split rumors after the “Click Bait” podcast host was spotted without her engagement ring shortly after completing the New York City Marathon with her then-fiancé. Us Weekly later confirmed that the ABC personalities called it quits, with a rep saying that they were “no longer a couple.”

At the time, a source exclusively told Us that the pair’s busy schedules contributed to the breakup, adding, “They eventually realized it wasn’t going to work and their relationship ran its course.”

Adams, who has cohosted seasons 17 and 18 of The Bachelorette with Bristowe, broke her silence about the split during The Bachelorette: The Men Tell All earlier this month.

“All I have to say is that I’m heartbroken. But we tried really hard and I still love him very much and I’m not sure what the future holds,” she said during the December 6 episode. “You know how it is, it’s really tough.”

Before pulling the plug on their relationship, Clark got honest about how challenging it was to make a long-distance romance work.

“We’re both passionate, driven, busy human beings. And with that, we need to remind ourselves to work each other into it and we’ve done [that],” he exclusively told Us in April. “So yeah, a couple months after, there was some ups and downs, of course, and, like, well-documented, but at the end of the day, it’s all good right now.”

The New Jersey native noted that he and Adams didn’t want to rush down the altar, adding at the time, “Obviously, there’s wedding plans. There are plans to get married, but it’s been a wild start to the year.”

Bachelor Nation Couples Who Have Split in 2021

Three months later, the Bachelor in Paradise alum explained that she and Clark were soaking up as much time together as possible before tying the knot.