The first time Danny Ramirez appeared on-screen, in the movie “Assassination Nation,” his character was referred to in the film as “the Latino Tom Cruise.” Shortly before the movie’s premiere at Sundance, Ramirez was waiting in the green room with the rest of the cast and director Sam Levinson when he found out he had been cast in the upcoming “Top Gun: Maverick” film, starring alongside the one and only Mr. Cruise.

“So my first ever introduction to cinema or a character was that,” Ramirez says. “And everyone started laughing at the theater because they had just found out that I’d be doing a Tom Cruise movie. It was this kind of surreal moment.”

The 28-year-old is having a rather rapid start to his career, after turning to acting somewhat later in life (read: college). First up he can be seen in “Falcon and the Winter Soldier,” the Disney+ Marvel series, with the “Top Gun” sequel set for release at long last later this year.

Ramirez was born in Chicago and raised in Miami by his mother, who immigrated from Mexico. She has since become a child psychologist, but when Ramirez was growing up she and his uncle both worked as event photographers, with cameras always around the house. It wouldn’t be until later, after discovering acting, that he would attribute this to subconsciously driving an interest in storytelling through the lens.

But before he would come to that, there was soccer. Ramirez was in Atlanta playing college soccer when one day, Riz Ahmed came to his school to film the Mira Nair movie “The Reluctant Fundamentalist.” They needed extras for a soccer scene and Ramirez was benched with a sprained ankle, ready and available. 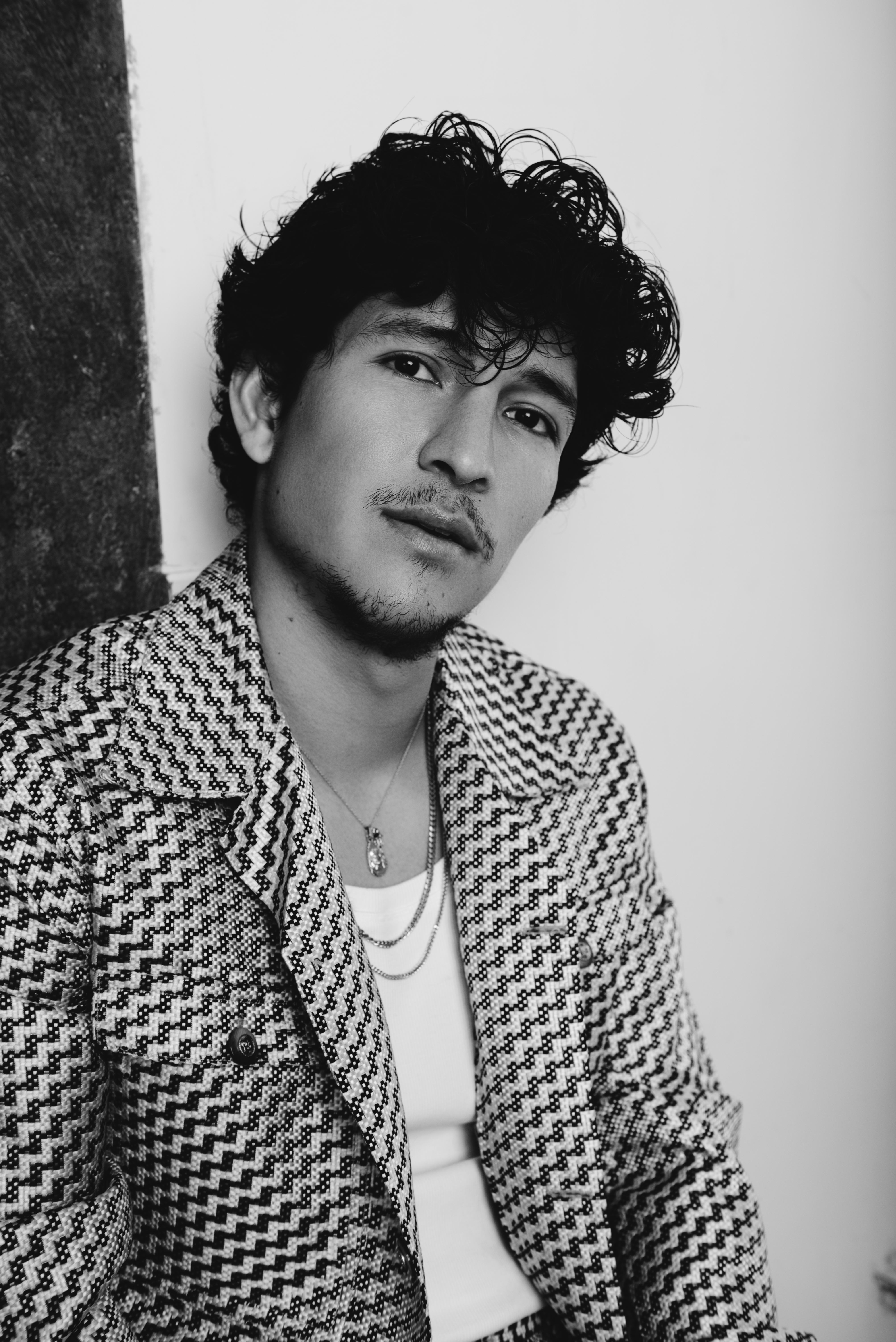 “That was the first time I saw an actor of color being the lead of something,” Ramirez says of Ahmed. “I was just an extra but I was like, ‘Oh, he could do it, I could do it.’”

He transferred to NYU to study engineering before realizing if acting was what he was interested in, he should probably go to Tisch.

“As I’ve looked back, I think I had forgotten how much cameras were around me when I was a kid. The idea of being a subject or behind the camera, which I plan to be behind the camera quite a bit in my career.…I guess that’s the fascination,” he says. He also now sees a direct through line between his sports trajectory and acting.

“A lot of things carry over from sports,” he says. “When I transferred into Tisch, I was sitting in the audition room and everyone was speaking about what productions they have been a part of since they were three or four. And I was like, ‘Ah, I’ve literally never acted. Me doing these monologues is the first time I will ever basically perform a monologue.’ And I started getting really emotional and crying. Then I went and did my audition, but that energy of whenever I was in a room, I’m like, ‘This person has so much more experience than you, and so much more of this,’ which drove me to try to catch up, like it did in soccer a couple of years before.”

Ramirez says he is optimistic about coming up in Hollywood at a time when so much attention has been placed on the long overdue need for diversity and inclusion.

“Even in the three or four years that I’ve been auditioning, there has been a massive change in the type of material that comes across my way,” he says. “With the diversity push on the Latinx front, I’ve never been more inspired. We started a little Instagram group chat for some actors that I know that are Latinx or Latina. Just to continue pushing it and to make as big of an impact as we can working together.”

It’s not just he and his peers who see themselves as carrying on the torch for the coming generation. Early on in the months-long shoot for “Top Gun,” Cruise turned to Ramirez and the other younger actors on set and told them they were the future.

“He was like, ‘We believe that you guys are in the next wave of movie stars who are going to be making these films. So I promise you that door is always open.’ And he’s kept his word, which has been really nice,” he says.

Working with Cruise was its own version of film school that Ramirez calls “Tom teaching you everything.”

“It’s been really sweet how they’ve carried us all along and pushed us to want to also be behind the camera as much as being in front and being storytellers,” he says. “There was a belief everyone on that set had of not just making C or B movies. Everyone’s like, ‘If somebody’s going to come to this movie theater and take their time to watch you and tell the story and suspend disbelief and take a break from regular life, you owe them your absolute best.’”

More from the Eye:

Sutton Foster Says Goodbye to Her ‘Younger’ Self