Would YOU wear this dress to a job interview? Woman going for a clinical role on a chidren’s ward asks if £70 sunflower-print dress is ‘professional’ enough – but some argue it’s more suited to a wedding

A woman has sparked an online debate after questioning whether a sunflower-print dress is ‘professional’ enough to wear to an interview for a clinical position in a hospital.

The anonymous woman, from the UK, took to Mumsnet and shared a snap of the controversial gown alongside a caption which read: ‘It’s for a clinical position on a children’s ward. I’ve not interviewed in person for a long time!! Is this professional enough?’

But while some branded it ‘glamorous’ and ‘lovely,’ others deemed it ‘too dressy’ and said it would be better suited to a wedding or Christening.

‘I personally wouldn’t. It’s a gorgeous dress but better suited for a wedding, not a professional appointment,’ wrote one, while a second penned: ‘Do you have anything plainer? You want them to remember you, not the dress.’ 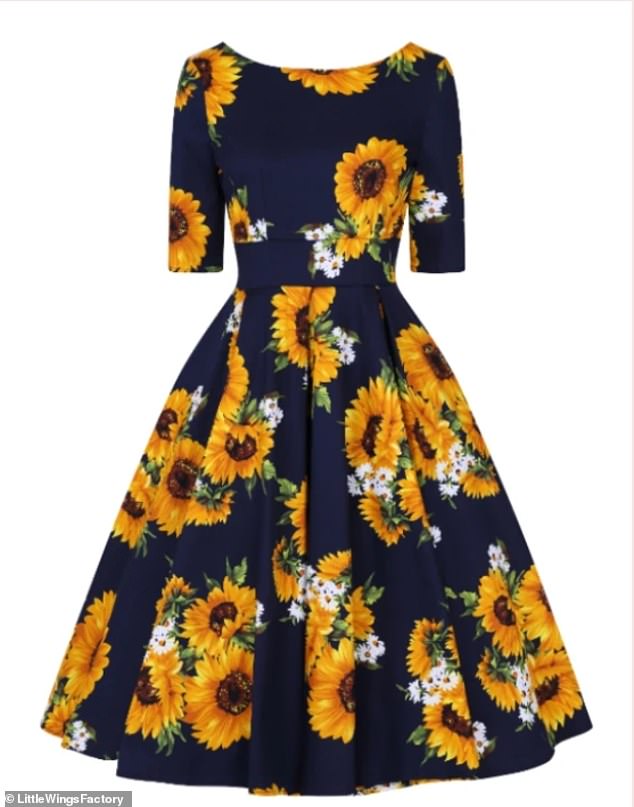 An anonymous woman, from the UK, has sparked an online debate after questioning whether a sunflower-print dress (pictured) is ‘professional’ enough to wear to an interview for a clinical position in a hospital 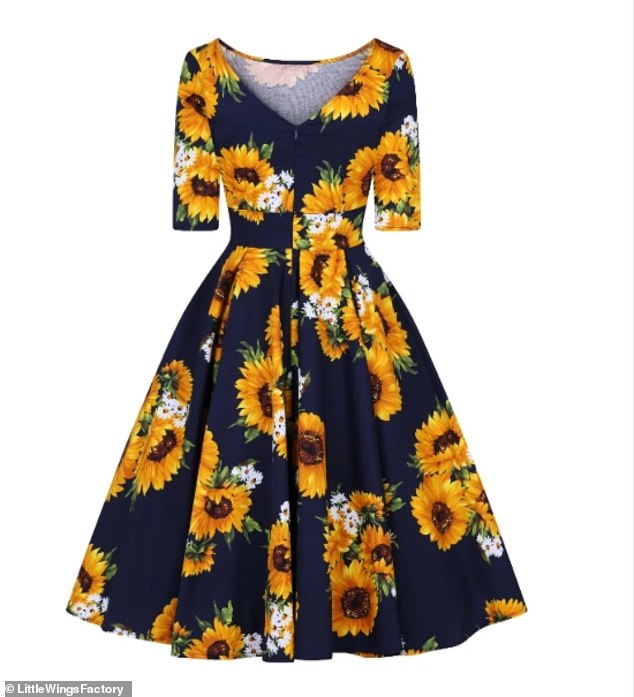 The dress, which is made from stretchy fabric, features a wide neckline, half sleeves, fitted waistband and box pleats and full skirt – and caused quite the stir online.

Many in similar job positions took to the comments section to give their first-hand opinion on what is deemed suitable for the profession.

‘I’m a mental health nurse and that would be appropriate to interview for any job I have ever been form,’ reassured one, while a second penned: ‘It’s very nice. Fine for an interview in my opinion if slightly wasted on one.’

A third added: I love it! I’m in a clinical role and have interviewed loads of people for various positions. Wouldn’t put me off.’

The woman shared a snap of the potential interview outfit alongside a caption which read: ‘It’s for a clinical position on a children’s ward. I’ve not interviewed in person for a long time!! Is this professional enough?’ (pictured)

However, others disagreed, with one suggesting the pattern was too ‘dominant,’ while others branded the garment too ‘dressy’ and ‘over the top’ – and warned she may not be taken seriously.

‘I wouldn’t, the pattern is very dominant. If it was plainer or smaller pattern I think it would be ok,’ wrote one, while a second penned: ‘It’s lovely but I guess it could be considered a bit too dressy.’

A third agreed: ‘Lovely dress but would think it more suited to a wedding or Christening, sorry. Do you have anything else?’

A fourth added: ‘It’s lovely but not for an interview, it’s too dressy and more suited to a wedding, I think you will feel overdressed,’ while a fifth wrote: ‘I think it’s a little OTT for an interview. I really like it as a dress though!

A further commented: ‘You want them to take you seriously and listen to what you say, a loud pattern will distract from that.’ 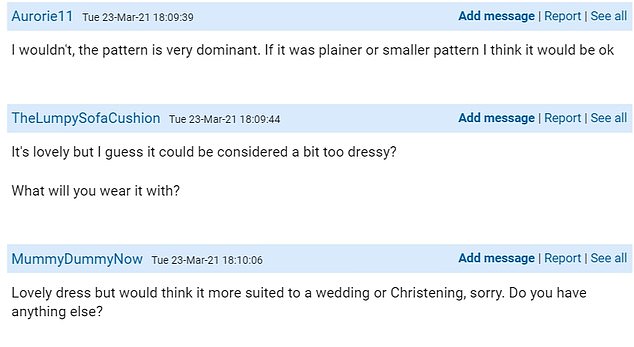 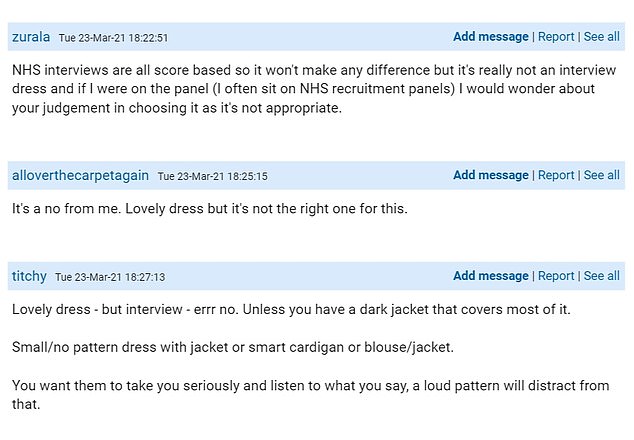 One person pointed out that NHS interviews are all score based so her choice of outfit wouldn’t make a different, but added: ‘It’s really not an interview dress and if I were on the panel (I often sit on NHS recruitment panels) I would wonder about your judgement in choosing it as it’s not appropriate.’

Elsewhere, another suggested toning the outfit down with a black jacket or cardigan, while a second commended the idea of trying to stand out – but advised a different approach.

‘It’s lovely but a bit too much,’ one wrote. ‘I always do wear one thing to stand out. Such as a bright top etc.

‘I feel when they are discussing candidates if someone says ‘what one was that?’ The response would hopefully be “the woman with the purple/red/bright pink blouse” makes you easily memorable.’