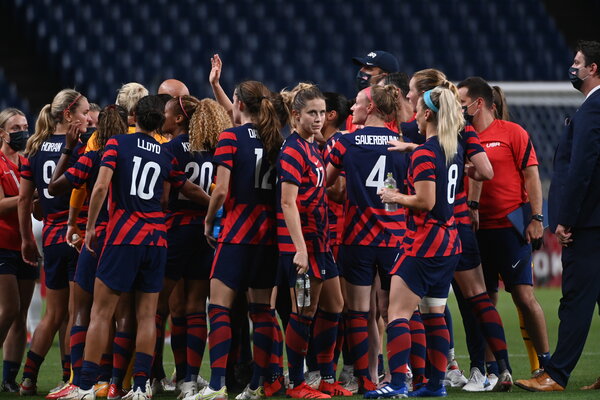 The numbers, if you are the United States women’s soccer team, do not tell the story you were hoping to write at the Tokyo Olympics: three games, one win, countless questions.

But that is all in the past now, defender Crystal Dunn said Thursday. Yes, the Americans were shut out twice in their first three games. Yes, they have struggled to turn their chances into goals. Yes, they could have been better in many areas.

But the only game that matters now, Dunn said, is Friday’s quarterfinal against the Netherlands in Yokohama, a match she described as “all or nothing.”

That night in Brasília was a look-in-the-mirror moment, a crossroads game from which the Americans’ next steps could have led to disaster. Instead, the defeat became a milepost on the road to the 2019 Women’s World Cup championship, a title claimed by many of the same players on the team now and in a final against many of the same Netherlands players they will face on Friday.

The problem, at least for the Americans, is that the current Netherlands team might be better than the one they beat, 2-0, two years ago. The Dutch, the reigning European champions, have been devastating offensively here: They scored 21 goals in their first three games and have two players — Vivianne Miedema (eight) and Lieke Martens (six) — with as many goals as the entire United States squad has produced.

And they may be looking to rewrite some recent history of their own. But the Americans will be looking to prove a point, too, after some frustrating performances in the first round. First up will be avoiding another early Olympic exit.

“I think that the team is really hungry,” U.S. forward Christen Press said. “The group stage has left us feeling like we have more to give. And I think that’s a great thing, it’s a powerful thing and it’s intimidating.”