THE referee who took charge of the chaotic World Cup qualifier between Argentina and Brazil has been banned for making 'serious' errors.

And his VAR was also suspended by Conmebol. 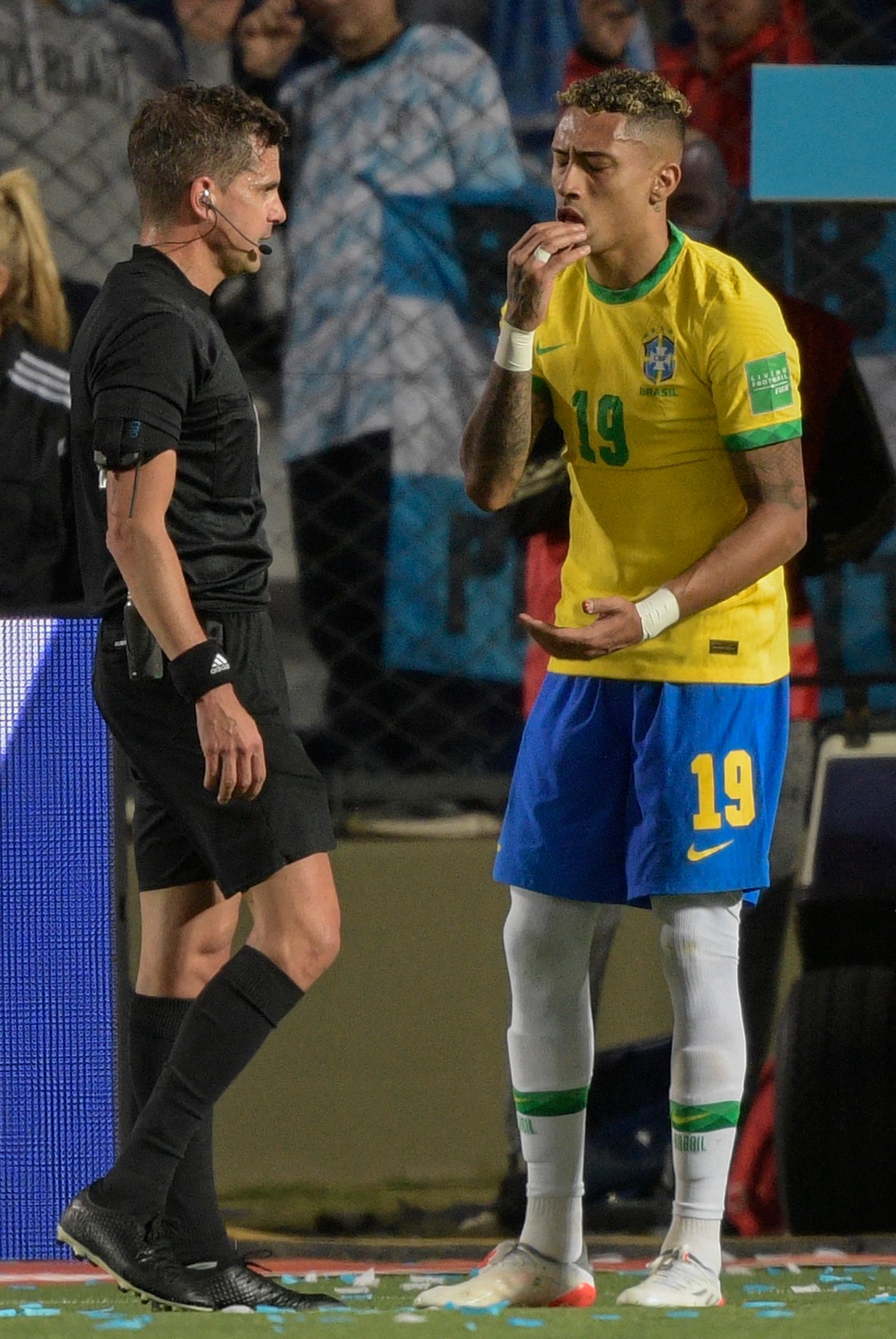 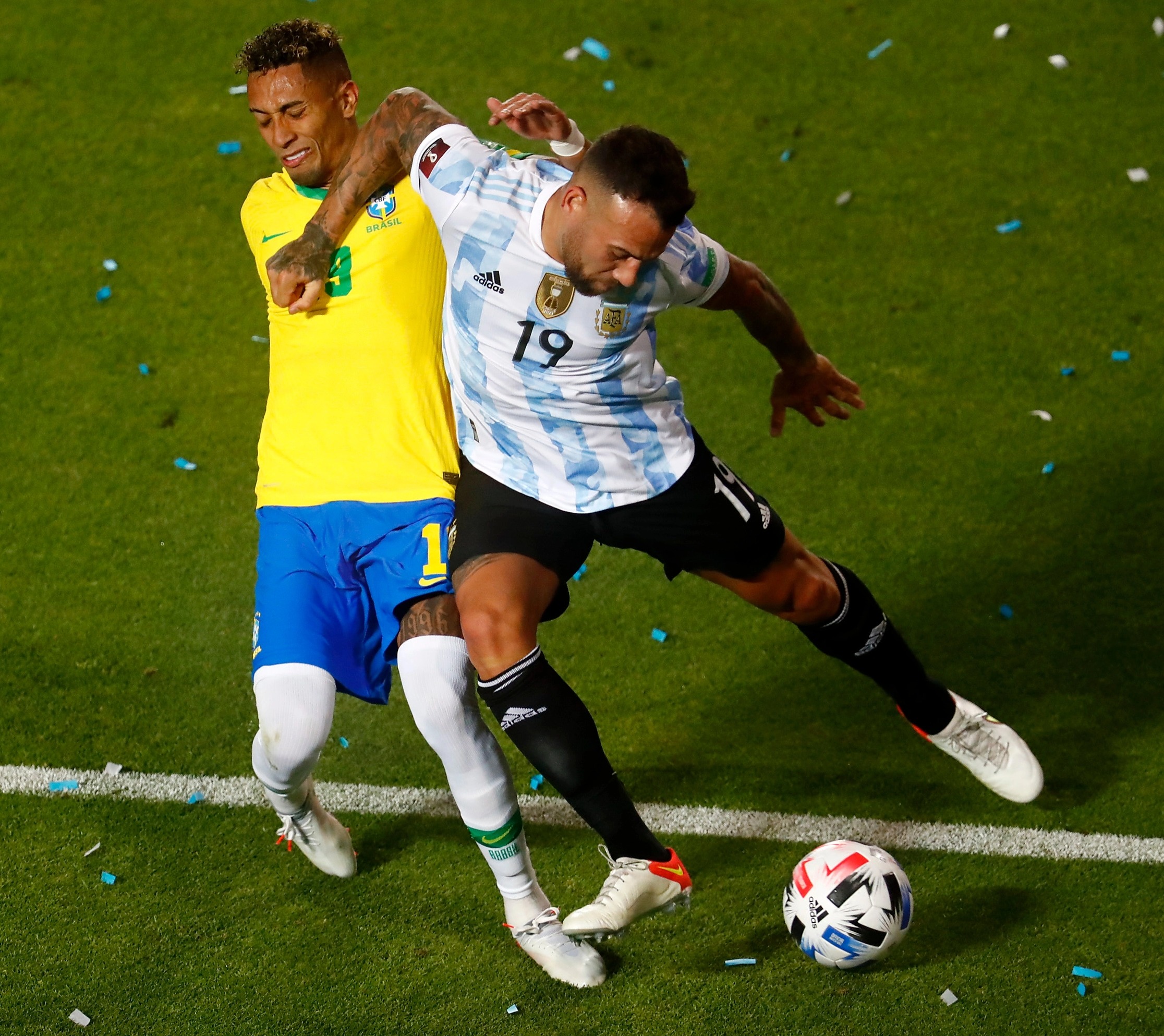 The officials failed to punish Nicolas Otamendi for a brutal elbow in Raphinha's face during the goalless draw in San Juan on Tuesday.

And the fiery Argentina defender wasn't done there as instead of apologising he picked the infuriated Leeds star up on his feet – even though he suffered a serious cut on his lip and needed medical attention.

Blood poured out the winger's mouth and even though he showed referee Andres Cunha the extent of his injuries no foul or card was given to Otamendi.

Brazil boss Tite raged at the 'inconceivable' decision by the VAR, adding it was 'simply impossible' for him not to see Otamendi’s horror smash.

In footage leaked by Conmebol, Esteban Ostojich can be heard telling Cunha that the offence was only a yellow due to 'the average intensity of the blow'.

And now Conmebol have thrown the book at the pair of referees.

The South American governing body added the two officials have been suspended for 'an indefinite period'.

Cunha called on the physios to enter the pitch, and despite clearly needing stitches, Rafinha was kept on the pitch by Tite.

He received five stitches at half-time and came back on the pitch without any dressings for second half before being subbed off on 69 minutes.

The 0-0 draw did not secure Argentina's place at Qatar 2022 – but Lionel Messi's side can now book their flights to the Middle East thanks to defeats for Uruguay and Chile.