PIERRE-EMERICK AUBAMEYANG climbed off the naughty step to help nervous Arsenal edge their way through to the Europa League quarter-finals.

But there won’t be too many potential opponents quaking at the knees at the prospect of being drawn against Mikel Arteta’s men this afternoon. 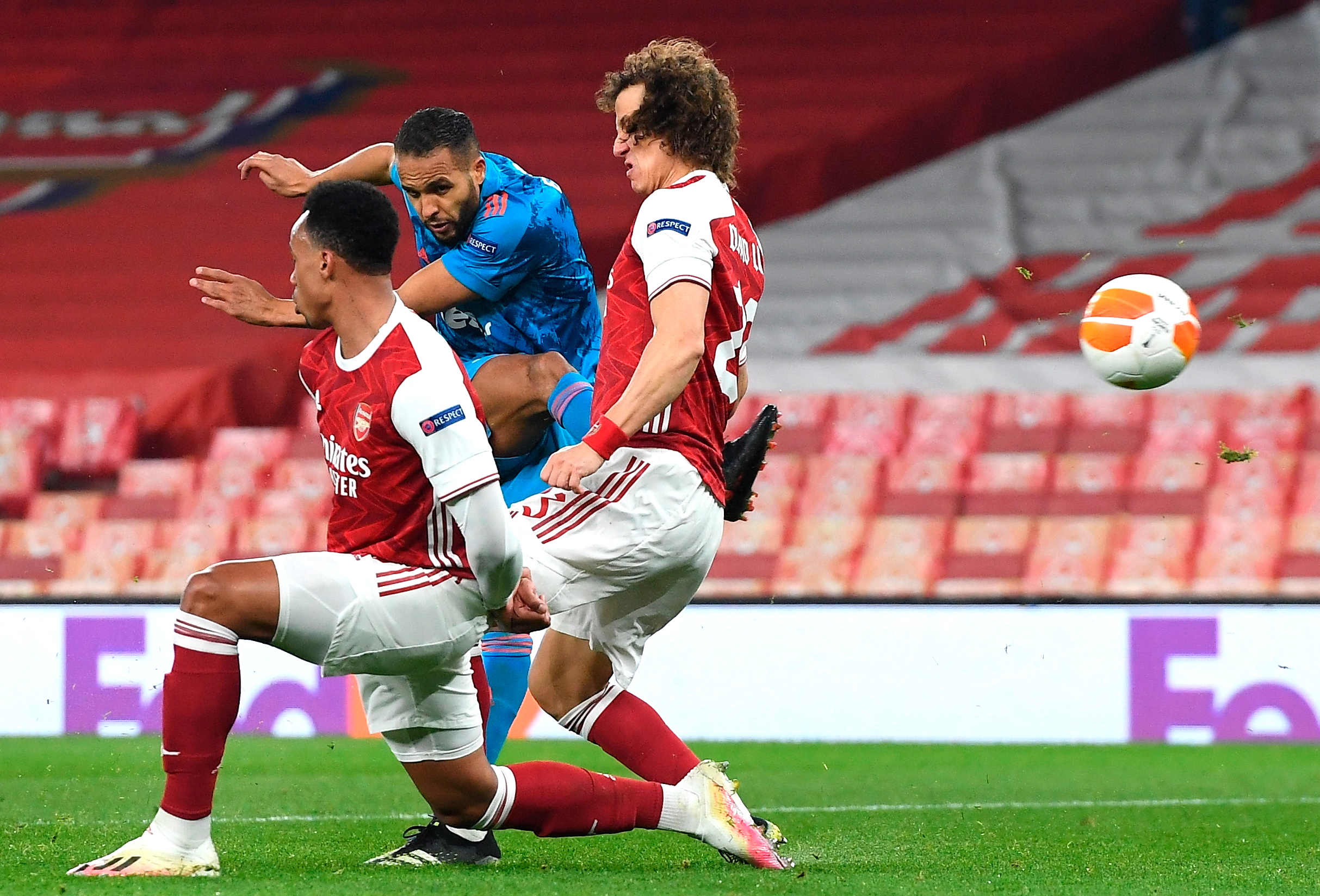 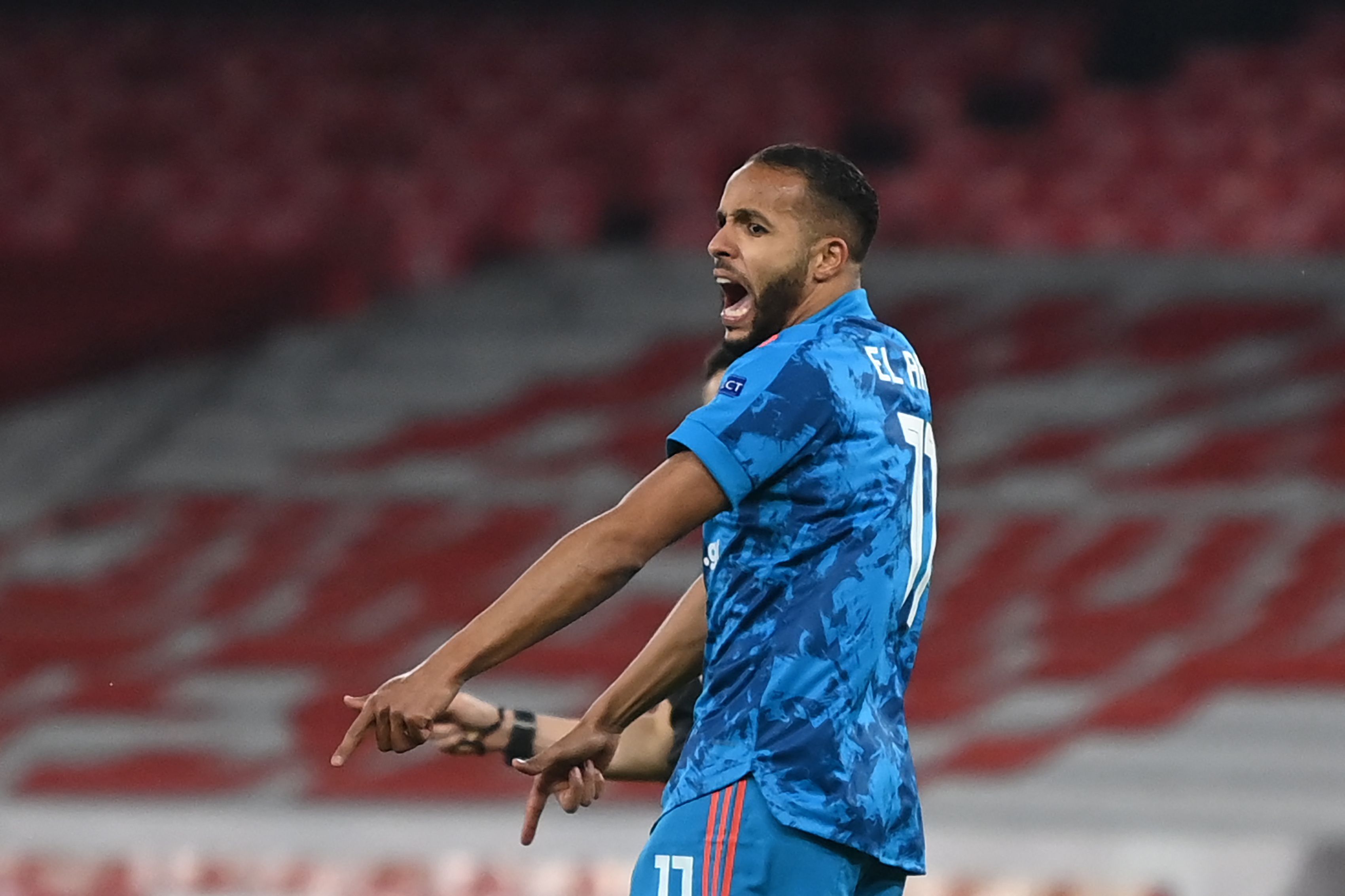 It was a good job for Arteta that his team held a 3-1 cushion from last week’s first leg in Athens.

And in the end that was just about enough to see them safely over the line against an Olympiakos team who simply refused to give up.

The Greek champions had probably been told by Arsenal old boy Sokratis Papastathopoulos that his former club are always liable to crumble at the first sign of pressure.

And even the return of captain Aubameyang couldn’t steady Emirates nerves on what was supposed to be a rare stress free night.

In fact it was the striker’s wayward finishing which was the greatest cause of Arteta’s anxiety before Olympiakos were reduced to ten men by Yann M’Vila’s late dismissal.

Back in the starting line-up after being dropped for turning up late for Sunday’s North London derby, Aubameyang was guilty of two glaring misses which could have spared Arteta a whole lot of anxiety.

The Gunners had scored 27 times in their previous nine Europa League games this season but this time they couldn’t even manage one as all their old faults crept in again.

They should have put this tie to bed when Nicholas Pepe beat keeper Jose Sa in a race to Dani Ceballos’ 18th minute through ball.

But Sokratis was just able to get back to divert Pepe’s shot wide as the Arsenal winger tried to squeeze the ball through his legs.

Arsenal, though, are never more than one lapse of concentration away from making a mountain out of a molehill.

And they were completely undone by a long punt  from Sa which sailed over their entire back four to present Youssef El-Arabi with a chance which Bernd Leno did well to save with an outstretched leg.

That was all the encouragement the excitable Greek Champions needed and suddenly they sensed that this tie wasn’t quite as dead as it had seemed.

Aubameyang should have banished those comeback hopes when he was played in by Ceballos but belted his shot carelessly over the bar.

And with Spanish ref Carlos Del Cerro Grande taking a lenient view of Olympiakos’ ‘industrial’ approach this was turning into far more of a contest than Arsenal had anticipated.

A year on we are still playing behind closed doors and following pandemic protocols which have made nights like this even more soulless than they used to be. 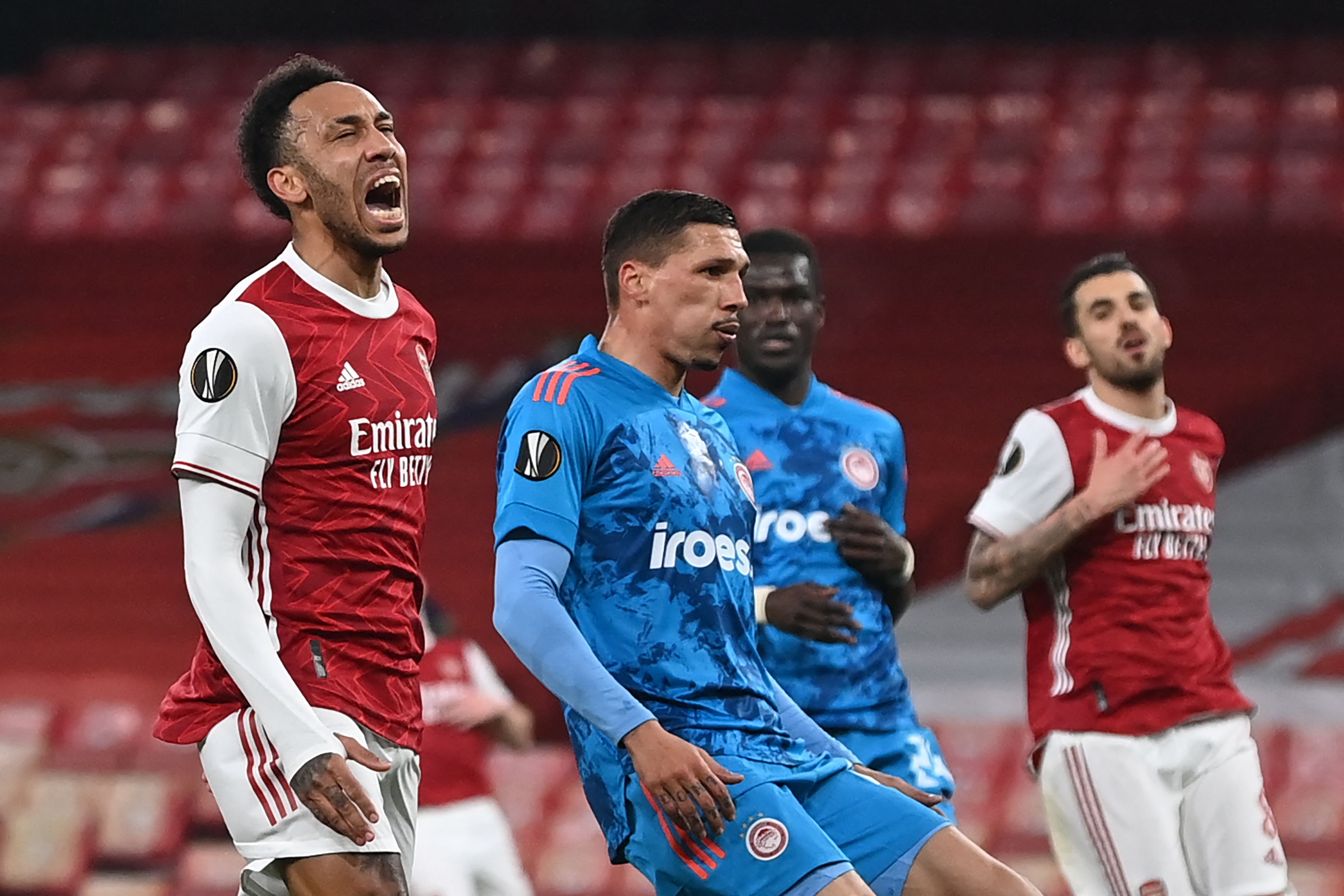 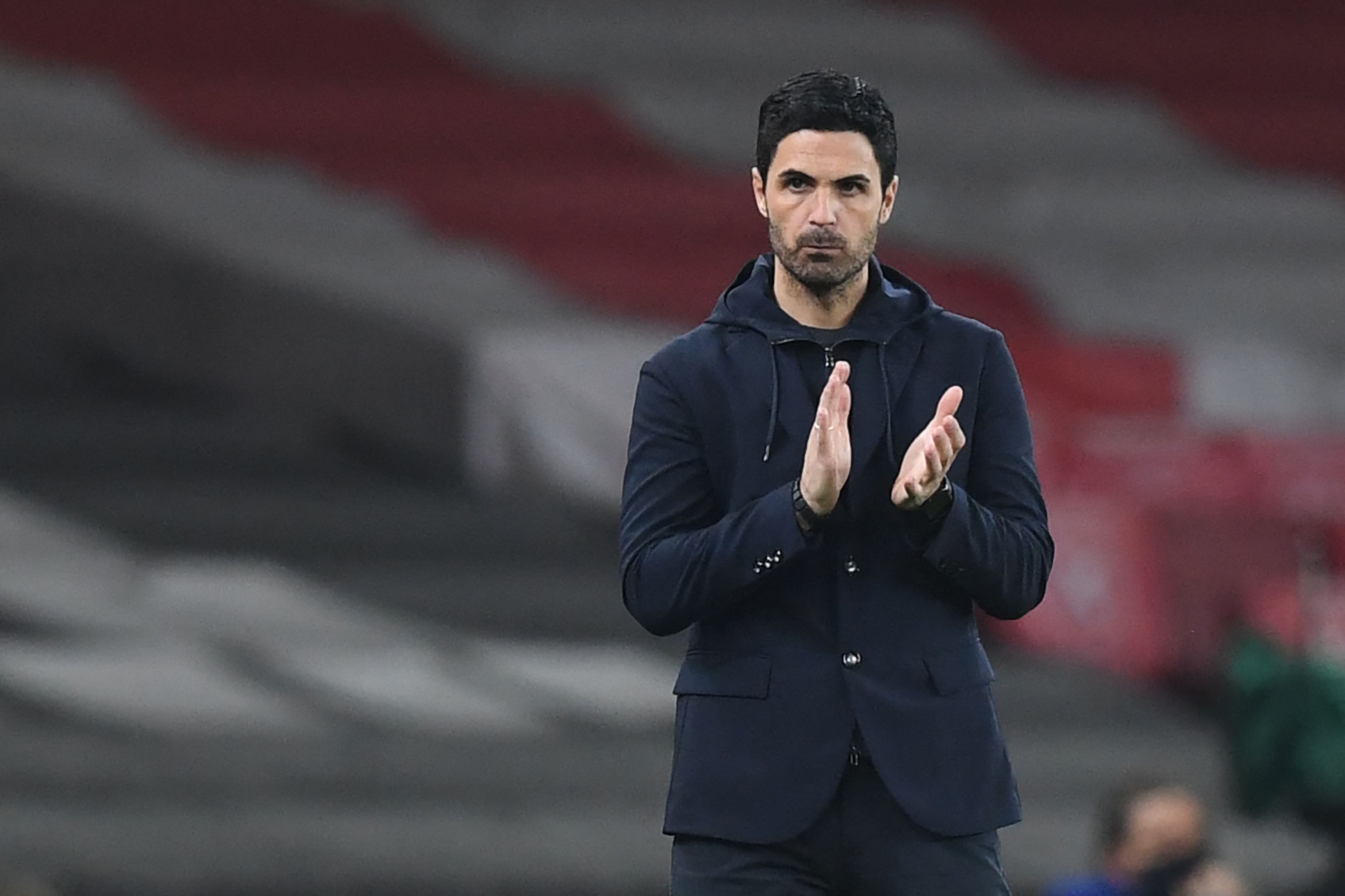 But Arsenal did their level best to inject some excitement into what should have been a dead rubber when they handed their opponents a 52nd minute lifeline to briefly raise the temperature in chilly north London.

Ceballos lost possession deep in the Olympiakos half and within two passes the visitors were in on goal.

There was still plenty of work for El-Arabi to do but the veteran Moroccan international was virtually invited to cut inside by David Luiz before beating Leno with the aid of a deflection off Gabriel.

Suddenly it was like the final ten minutes against Spurs all over again as panic set in among the Arsenal ranks.

Aubemayang missed the target again with only the keeper to beat after being released on the counter by sub Martin Odegaard.

And it was only when former Sunderland midfielder M’Vila received a second yellow card for petulantly throwing the ball away that Arsenal could breathe freely again.