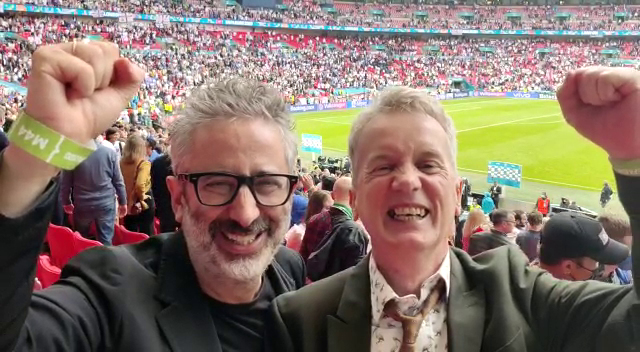 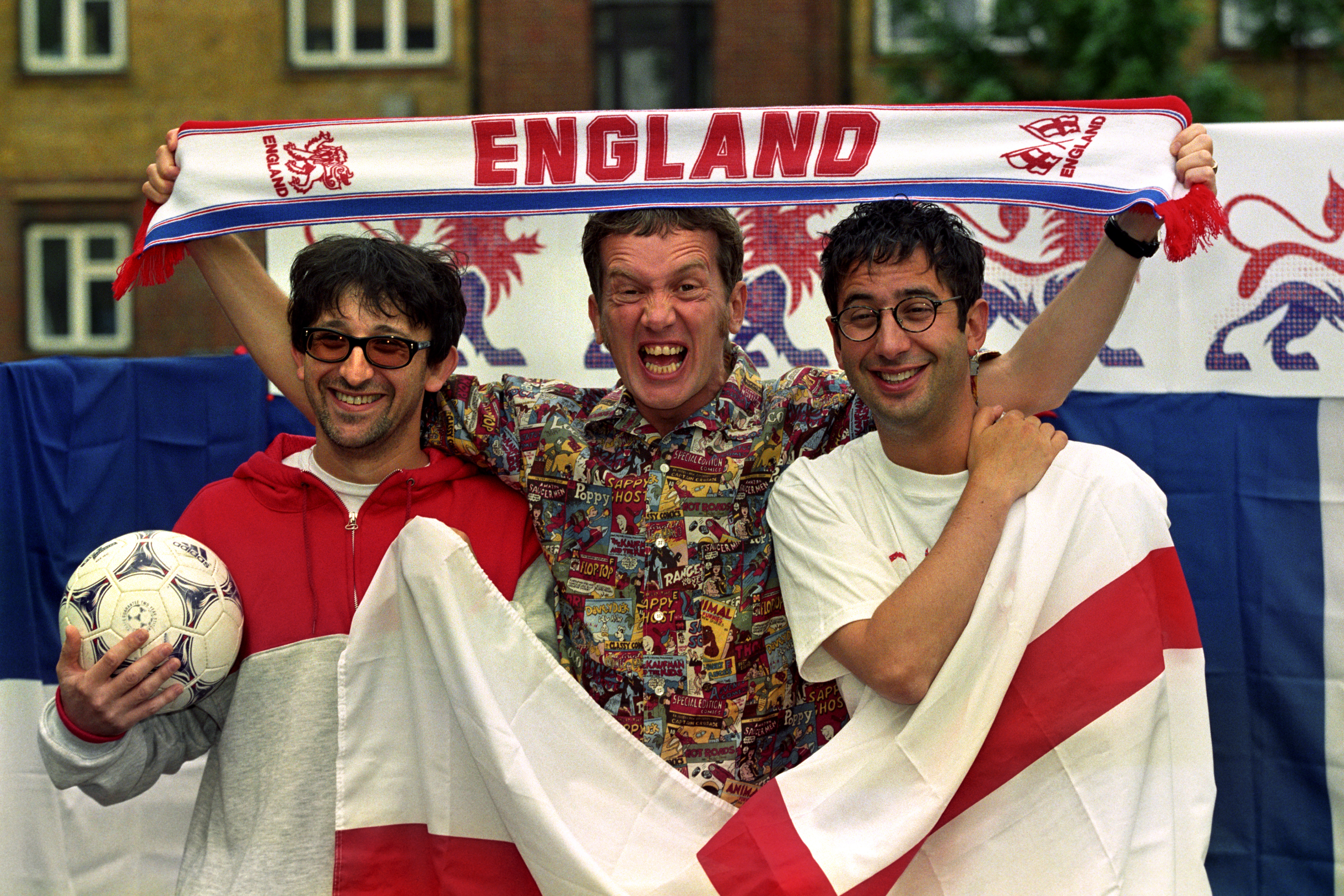 But according to Frank Skinner, the idea of the players coming out to the big hit were vetoed by Uefa party poopers as it was deemed 'unfair' on Italy.

Speaking on Friday night's The Last Leg Euros Special, Skinner said: "There was a suggestion that we sang it on the pitch before the final on Sunday, and Uefa said it was too partisan and not fair on the Italians to have that."

The comedian went on to joke about double standards, pointing out what happened in the opening ceremony.

He said: "In the opening game, which was Italy against Turkey, Andrea Bocelli sang Nessun dorma before the game!"

Every time England play in a major tournament the tune ends up back in the singles' charts.

Baddiel and Skinner have been attending matches at Wembley and shared snaps to their social media accounts.

But they WILL get to perform tomorrow – just not at Wembley.

Along with the Lightning Seeds they will hold a one-off gig for England fans at London’s 229 music venue in Great Portland Street.

Skinner said: “Football’s coming home and live music is going out again. It’s a brilliant double whammy and I guess a live Three Lions sums it up. Great times!”

And Baddiel added: “As a performer whose own stand-up tour has been furloughed since March 2020, I can’t wait to get onstage again.

"And doing Three Lions on the day England are in the final isn’t a bad way to restart.”

Entry to Sunday’s gig is strictly by ticket only, with only 200 tickets available that can be bought for £10 from 9am on Sunday on a first come first served basis from DICE via www.229.london.

Doors open at midday with the band due on at 1pm for a unique 30 minute set.