BATTERED and bruised UFC stars Max Holloway and Yair Rodriguez both headed to the hospital after epic fight – but posed for a photo inside an ambulance first.

The featherweight contenders collided at the UFC's Apex facility for UFC Vegas 42 showdown on Saturday night in a pivotal match-up. 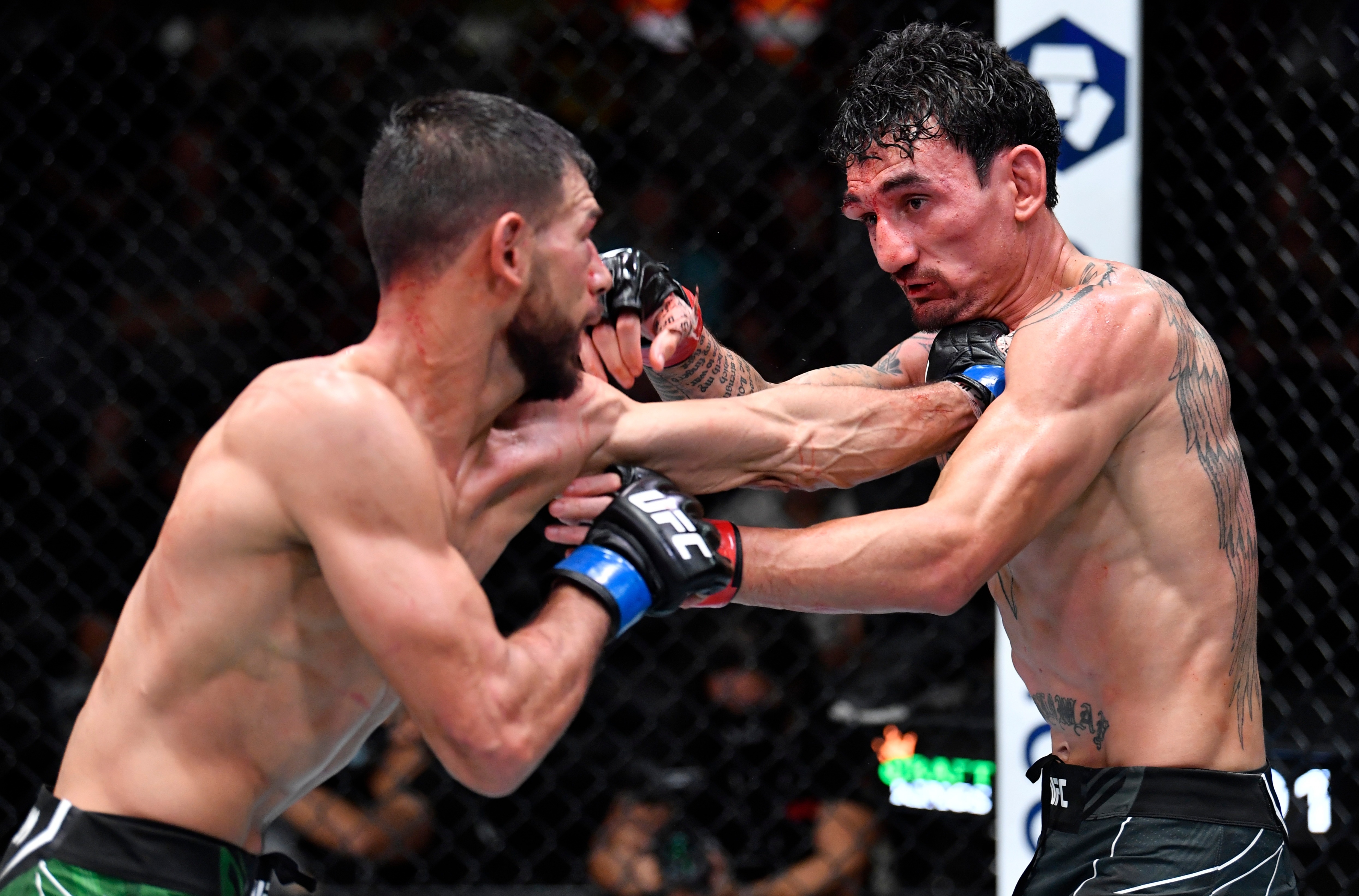 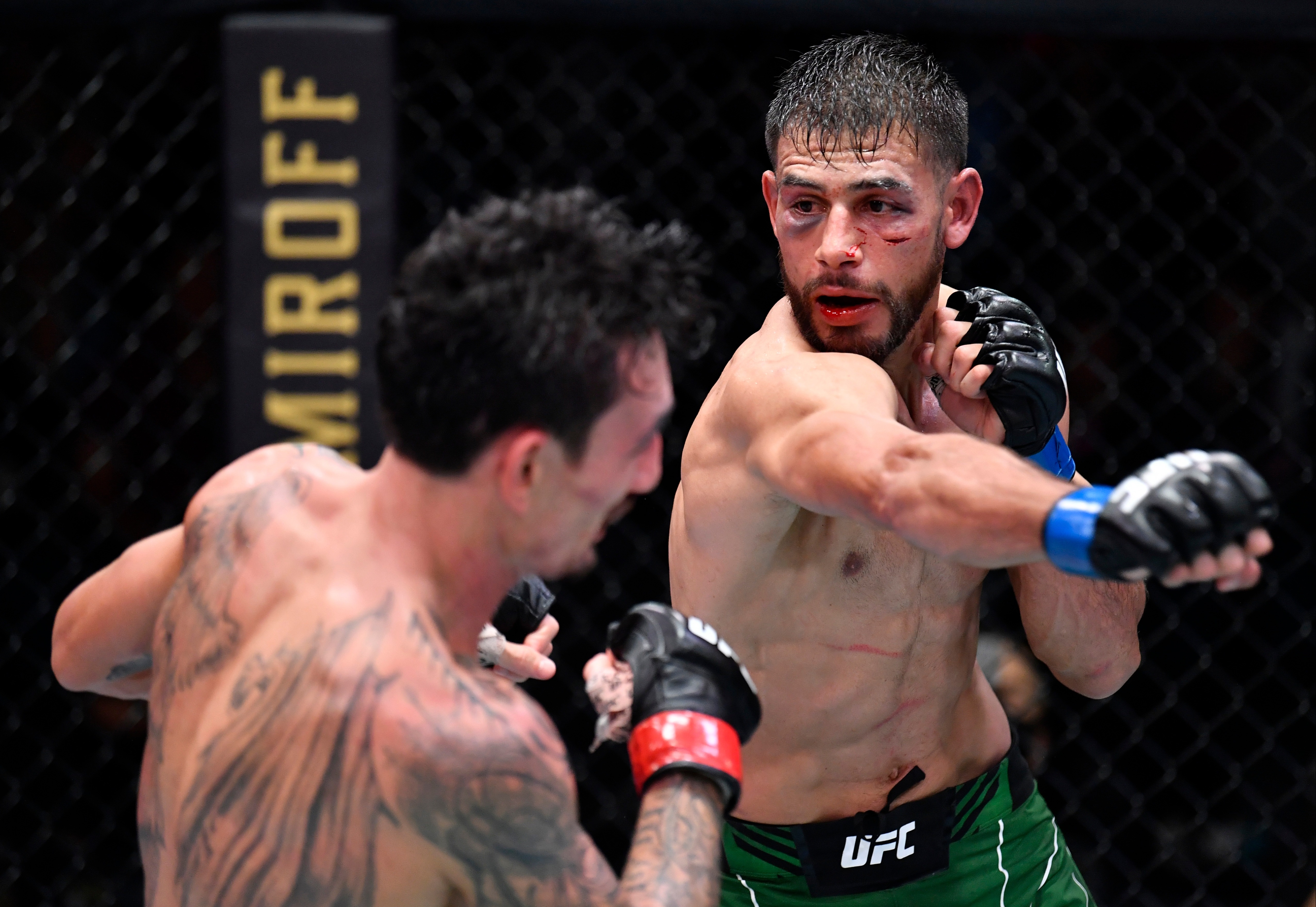 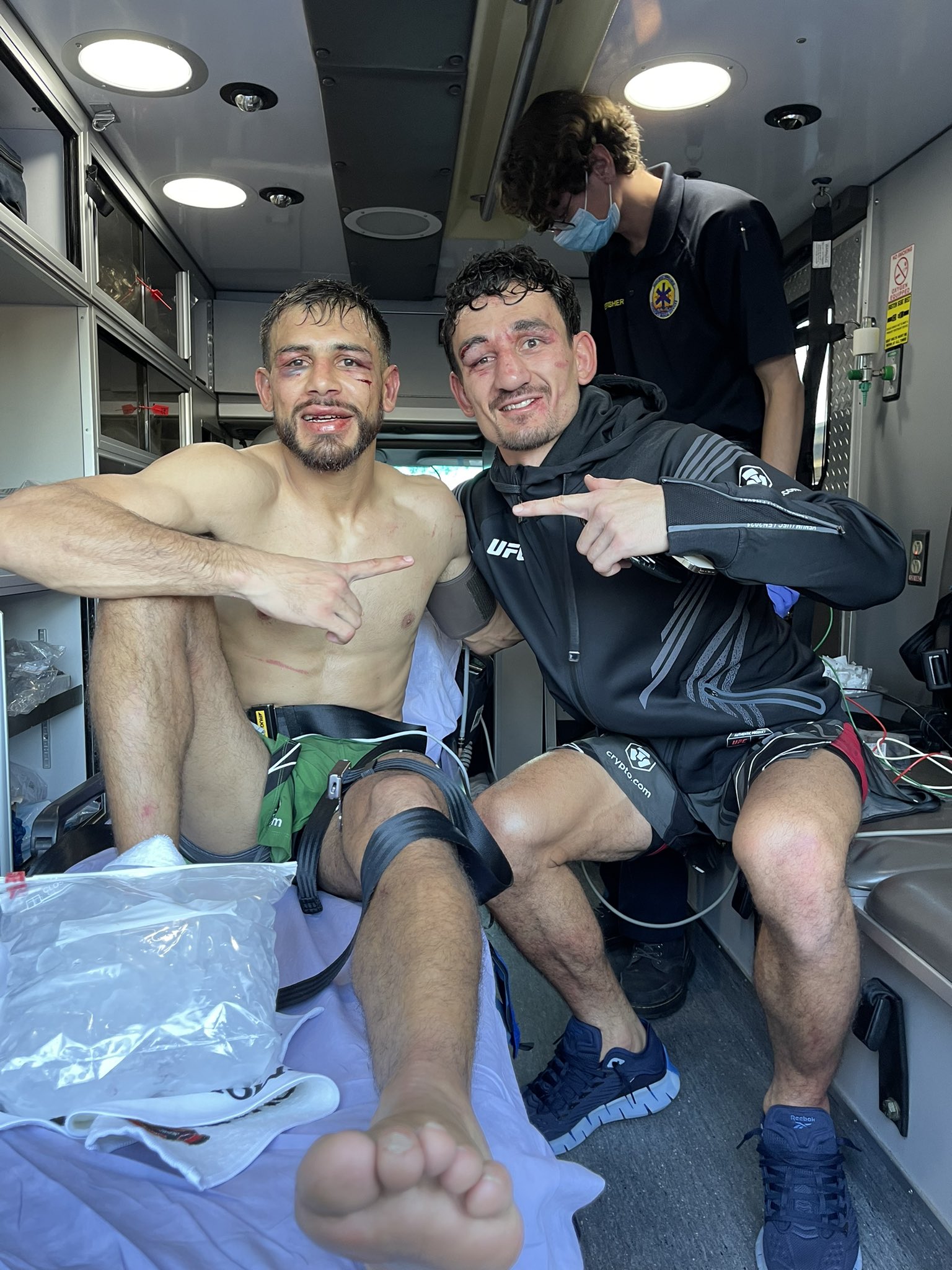 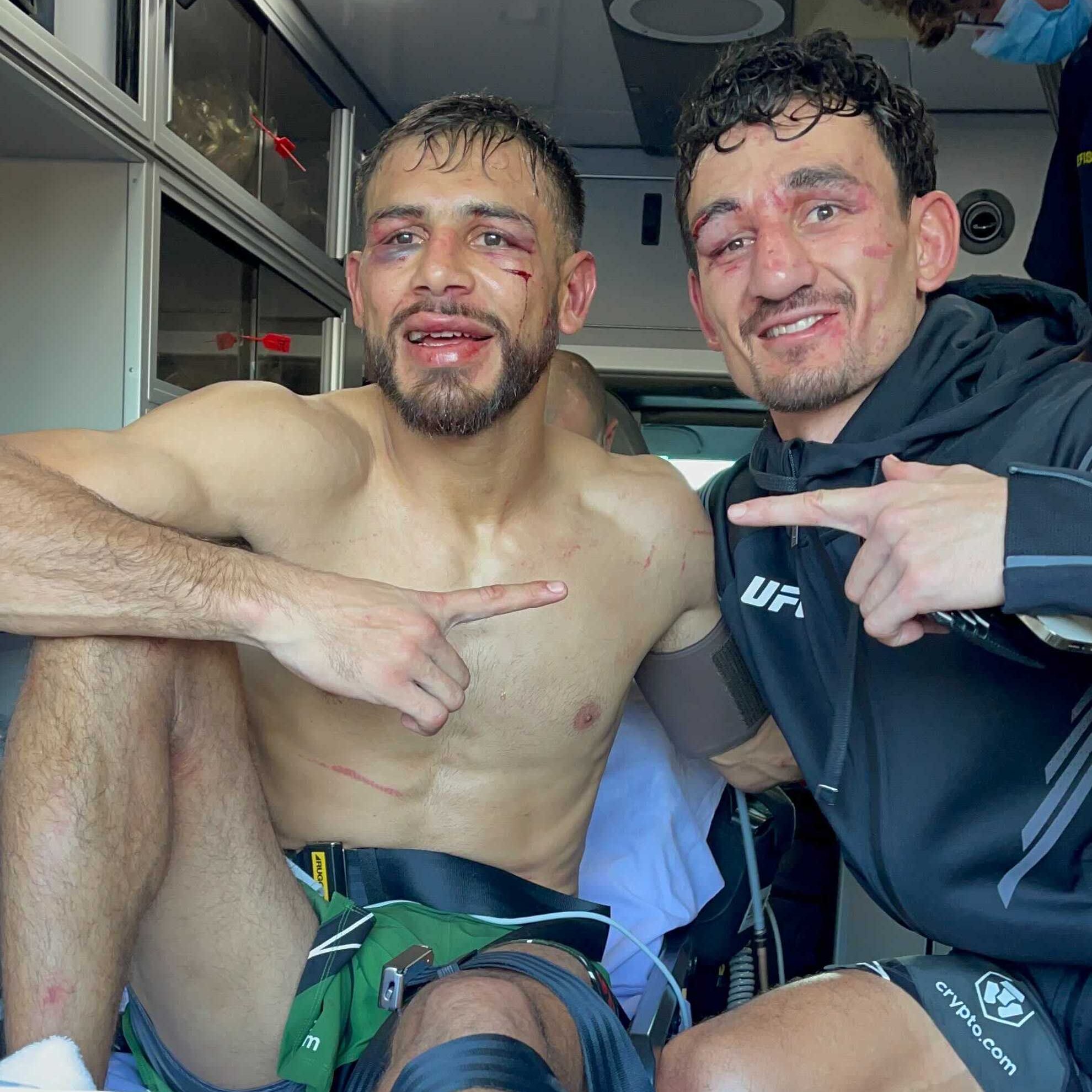 Despite coming out strong and taking the first round, the dynamic and entertaining Rodriguez suffered a unanimous decision defeat to the former champion.

The Mexican took a battering from the second round onwards and was left with two nasty shiners and a cut on his left cheekbone for his efforts.

And to make matters worse, his right foot appeared to be broken.

After his initial check-up, El Pantera was placed into the back of an ambulance to undergo further medical treatment.

But before he was whisked away, Holloway made sure to stop by and pay further respect to his opponent.

As he embraced Rodriguez, he said: "Yair, you frickin animal! Oh, I don't wanna touch your ankle.

After Rodriguez told him 'I love you', Holloway replied: "No I love you, brother."

A bruised Holloway then hopped into the back of the ambulance to pose for a snap with his rival, which he wanted to be sent to his own phone.

Holloway's second consecutive dominant performance of the year – the first of which came in January against Calvin Kattar – has put him on the cusp of a trilogy fight with featherweight king Alexander Volkanovski.

But Blessed is keeping his options open, saying in his post-fight interview: “We’ll see what happens. 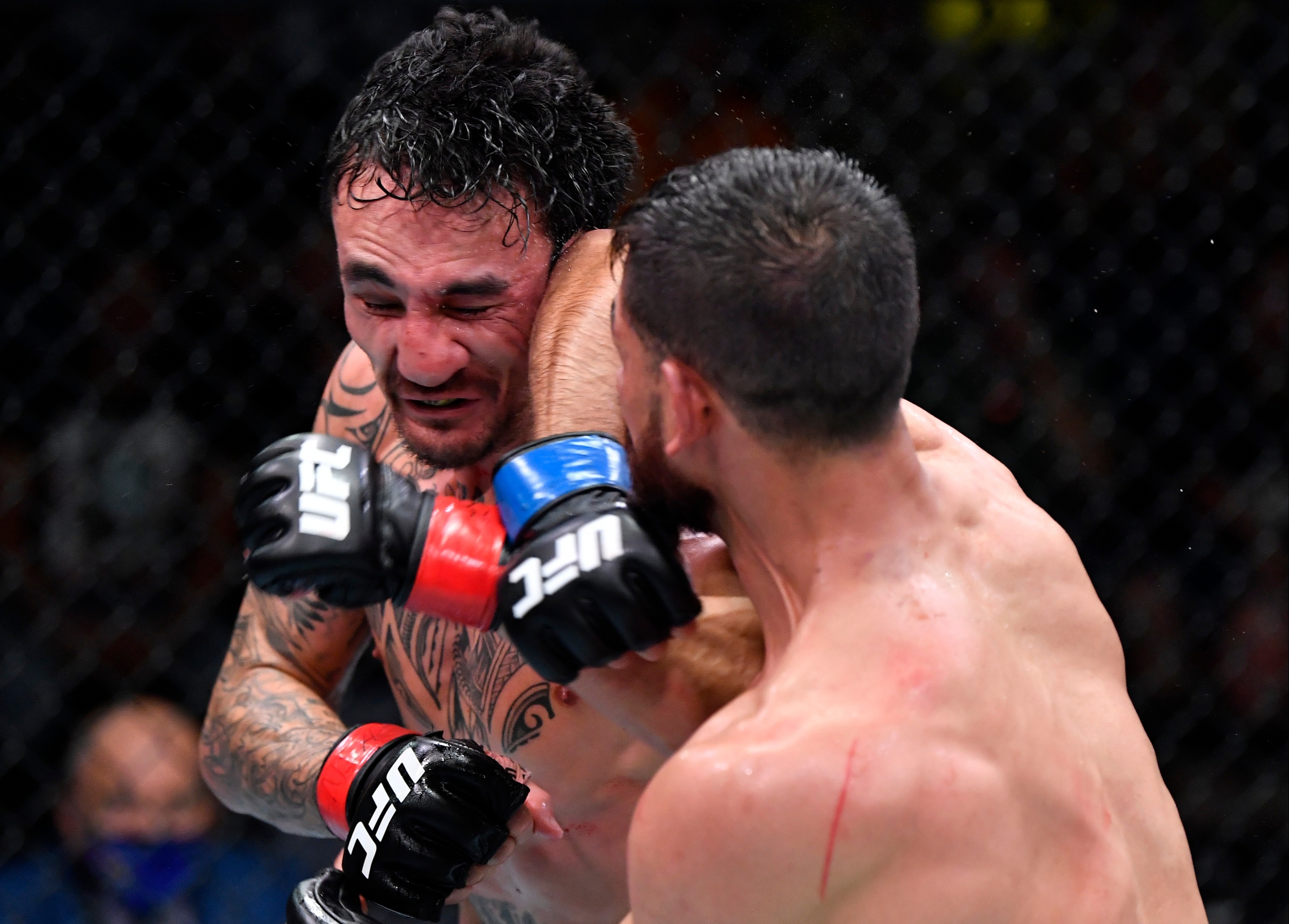 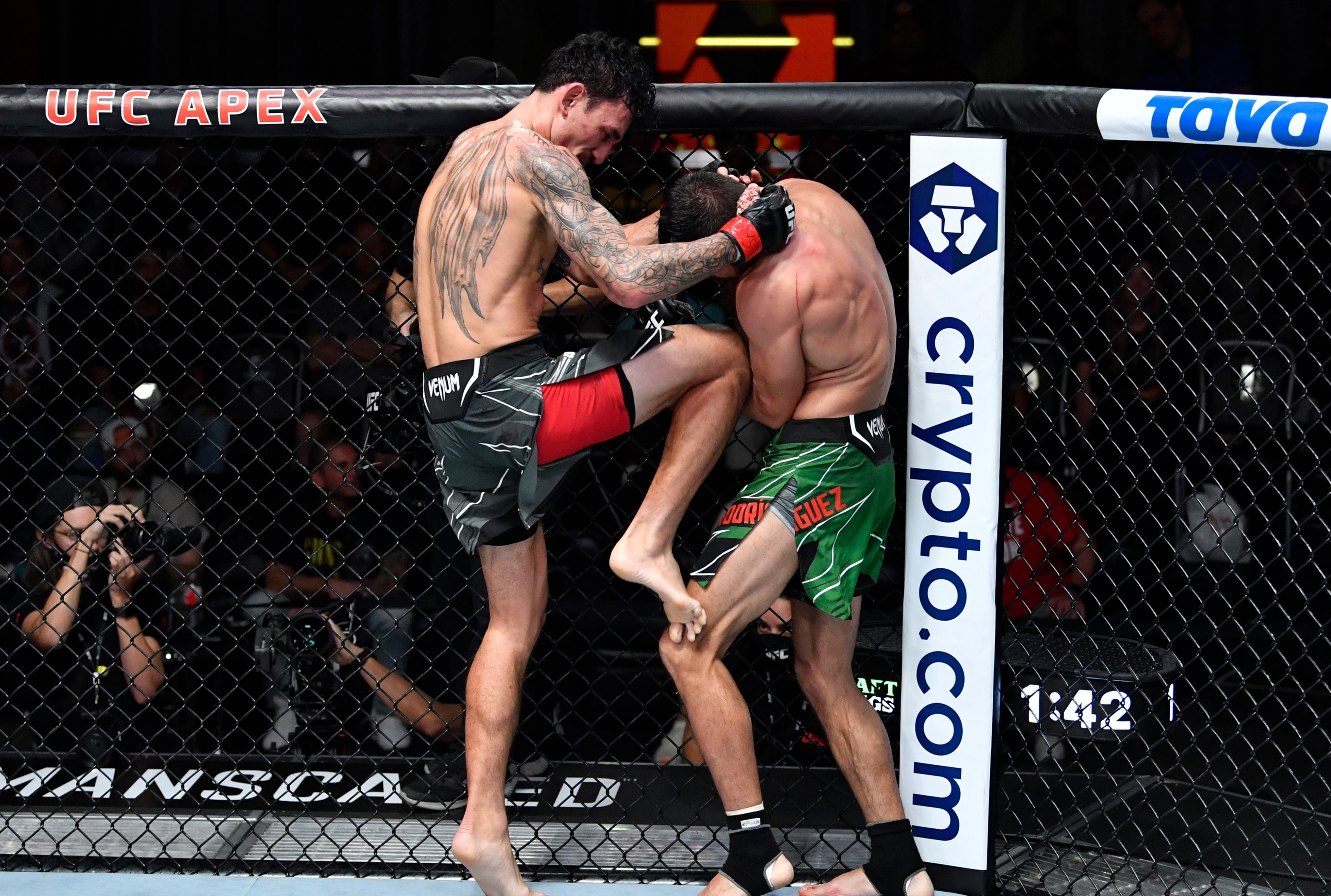 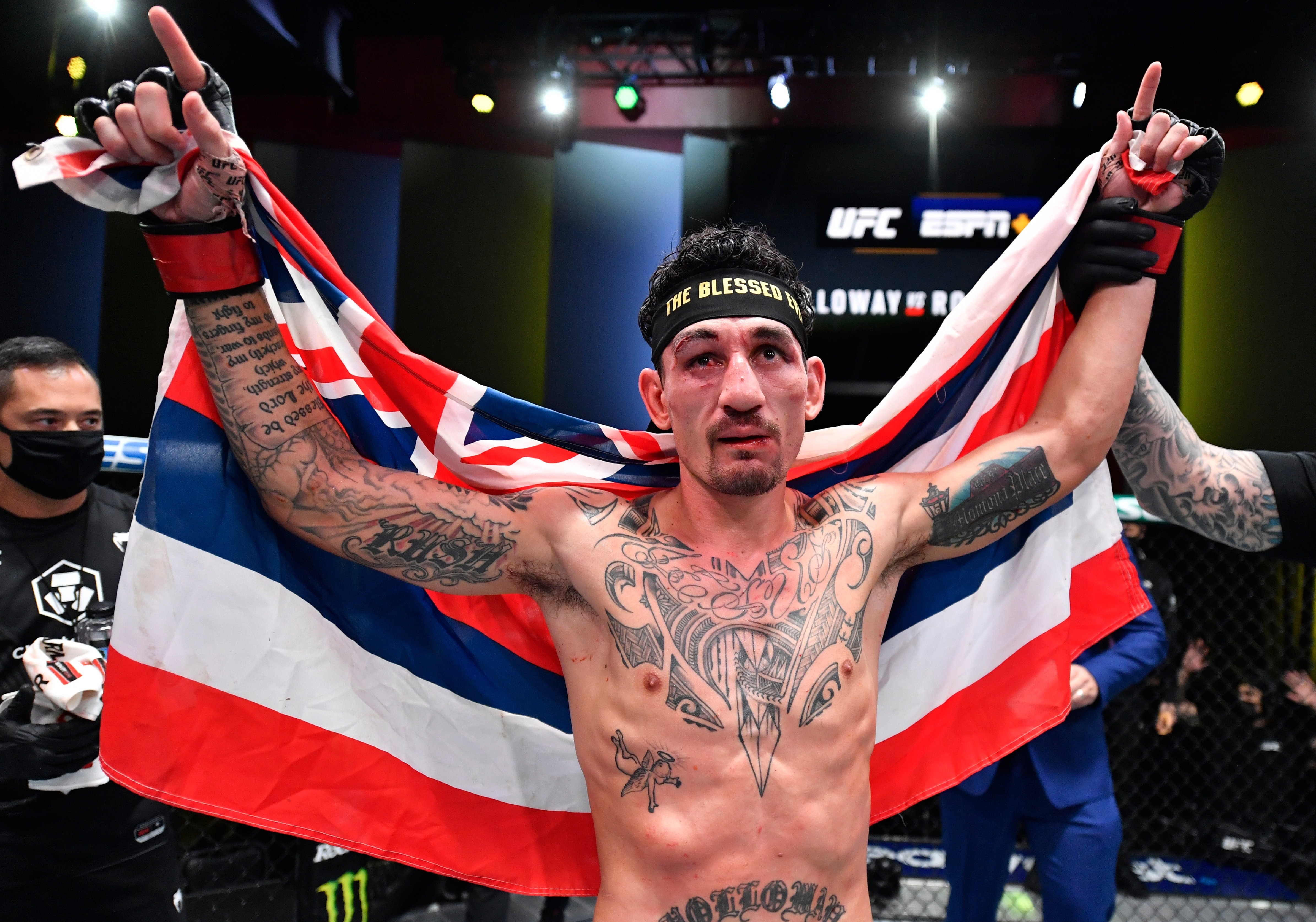 "I have a win over the 155-pound champion, we have Alex and stuff, I’m on the shortlist for Conor McGregor – tell him to hit my line. We ready whenever.”

When asked if he had a preference for his next opponent, the 29-year-old added: “To be the best you gotta beat the best, and the best is Blessed.

"They gotta come after me, baby.”