The 44-year-old veteran finally got the WWE Title around his waist for the very first time after defeating The Miz 16 years after debuting in Vince McMahon’s promotion. 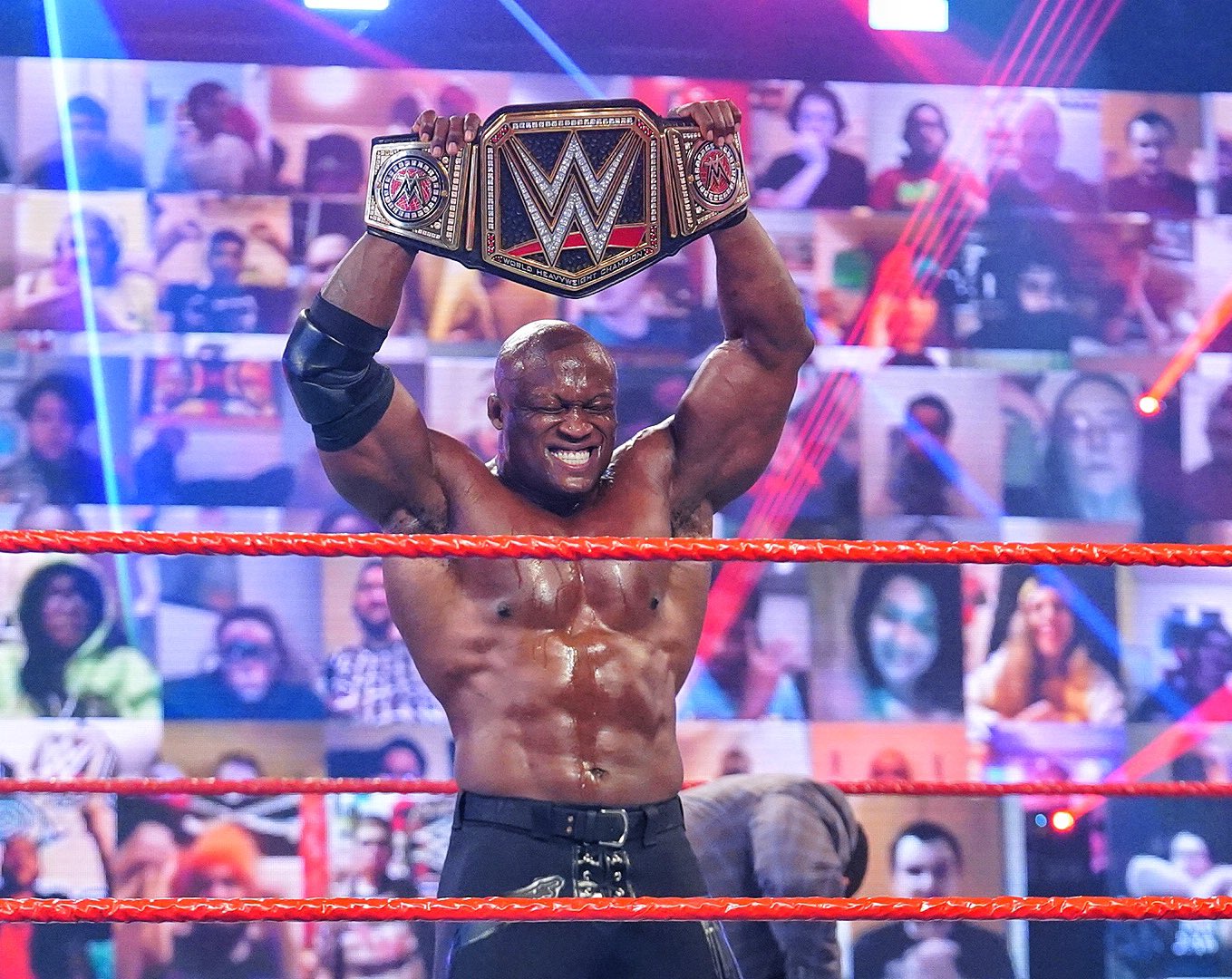 The CEO of The Hurt Business is now only the third African American athlete after Dwayne Johnson and Kofi Kingston to capture the most prestigious prize in professional wrestling.

And he joined a star-studded elite few cast of names such as Stone Cold Steve Austin, The Rock, Triple H and Edge to win the gold on Raw.

Now Lashley is looking to headline his first WrestleMania as WWE Champion 16 years after debuting for Vince McMahon’s promotion.

The veteran behemoth ambushed Drew McIntyre at last week’s Elimination Chamber to allow Miz to cash in his Money in the Bank contract and win the title.

Last week he then beat Braun Strowman to seal his shot at Miz’s gold, and despite the A-Lister’s best attempts to get out of his defence, he was awarded a Lumberjack Match against the champ last night.

After failing to convince McIntyre to get involved in their match, Miz then complained of a stomach issue due to anxiety.

That pushed back their match by an hour, with Miz quickly getting counted out to lose but still retain the belt when he finally squared-off against Lashley.

But WWE chief Shane McMahon was having none of it and demanded he defend his championship legitimately or he would be stripped of it.

That led to the Lumberjack Match, which Lashley dominated and made Miz submit to The Hurt Lock to capture his first championship.

And within minutes of his triumph, Lesnar’s name began trending on Twitter as the WWE Universe called for the bumper showdown to take place at Mania.

The Beast Incarnate is not currently believed to be under contract by WWE and last appeared in April 2020 at the Showcase of the Immortals.

But Lashley has called for his dream match against Lesnar for years, and fans appear desperate to see it at WrestleMania next month: