LEWIS HAMILTON battled back from 11th on the grid to finish fifth at the Turkish Grand Prix on Sunday.

The Brit's Mercedes team-mate Valtteri Bottas finished in pole with Red Bull stars Max Verstappen and Sergio Perez in second and third on a wet afternoon in Istanbul. 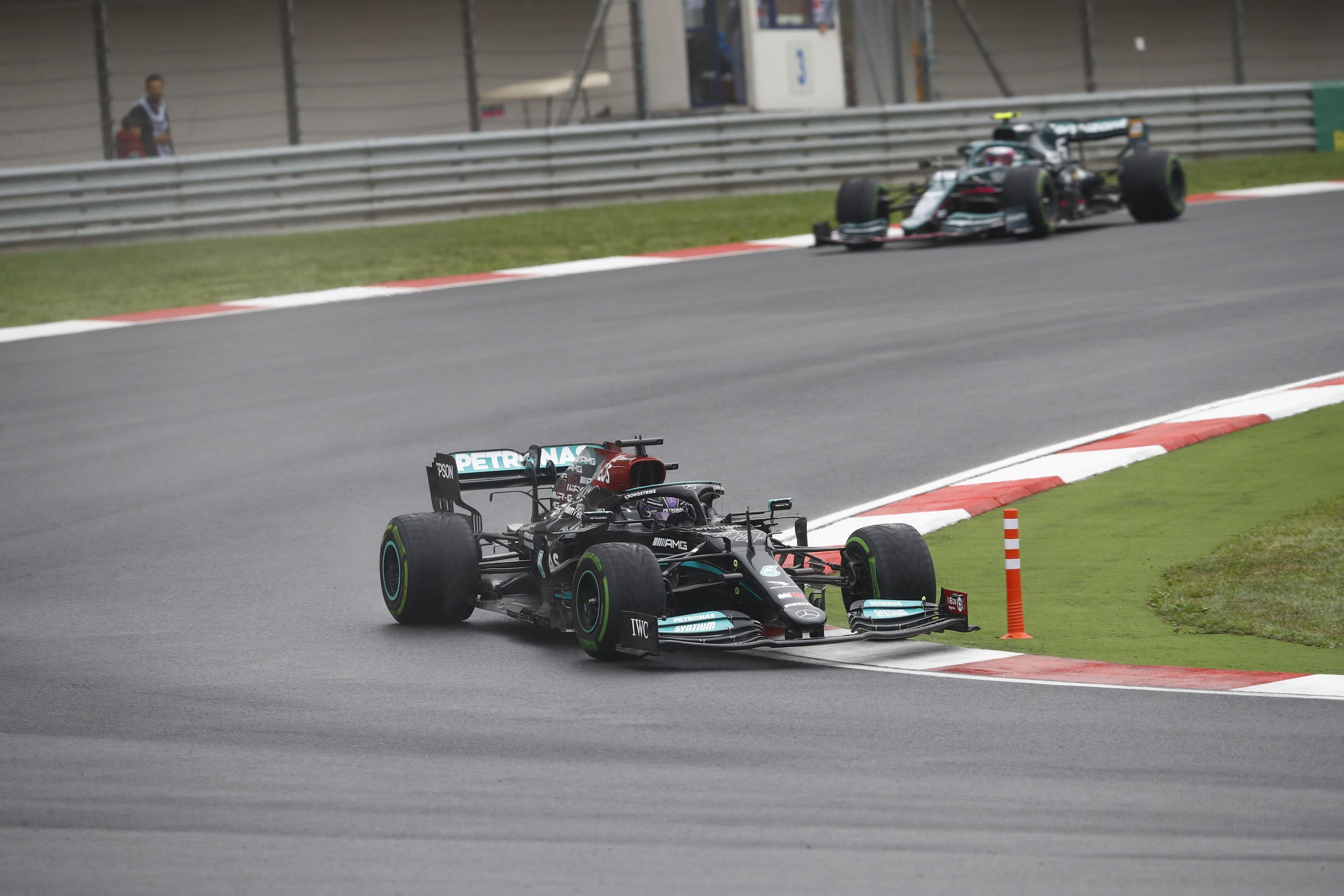 Hamilton clocked the fastest time during Saturday's qualifying but his fourth engine change of the season saw him given a 10-place grid penalty.

He had clawed back two places within the first three laps and continued to make his way through the field until he was fifth by lap 28.

An exhilarating tussle with Perez at the end of lap 34 had hearts in mouths.

But the Brit could not quite wrestle fourth place off the Mexican who said on his team radio: "He pushed me off."

Hamilton later had several tense radio exchanges of his own when arguing over when his team called him in for a tire change.

Mercedes eventually called him in on lap 51 of 58 and he dropped from third to fifth.

Hamilton closed the race out in a relatively hassle-free fashion but was not pleased with his colleagues as he grumbled about graining.

Fernando Alonso started fifth but span on the first corner after contact with Pierre Gasly as the drivers battled through walls of spray on the soaked track.

But fortunately for the Spaniard, he avoided contact with any other cars and was able to get back on track – albeit 14 places back.

Sebastian Vettel had a scare on his way into the pit on lap 39 when his brakes locked up but the German avoided a smash into the barrier.

Lando Norris finished seventh in his McLaren while George Russell only managed to drag his Williams to 15th place.