BRUNO FERNANDES has felt the wrath of David De Gea as the Manchester United goalkeeper gained Twitter revenge on his team-mate.

The Portuguese midfielder took to social media this morning to share a snap of himself wearing a blue and white striped shirt and jeans while enjoying a coffee. 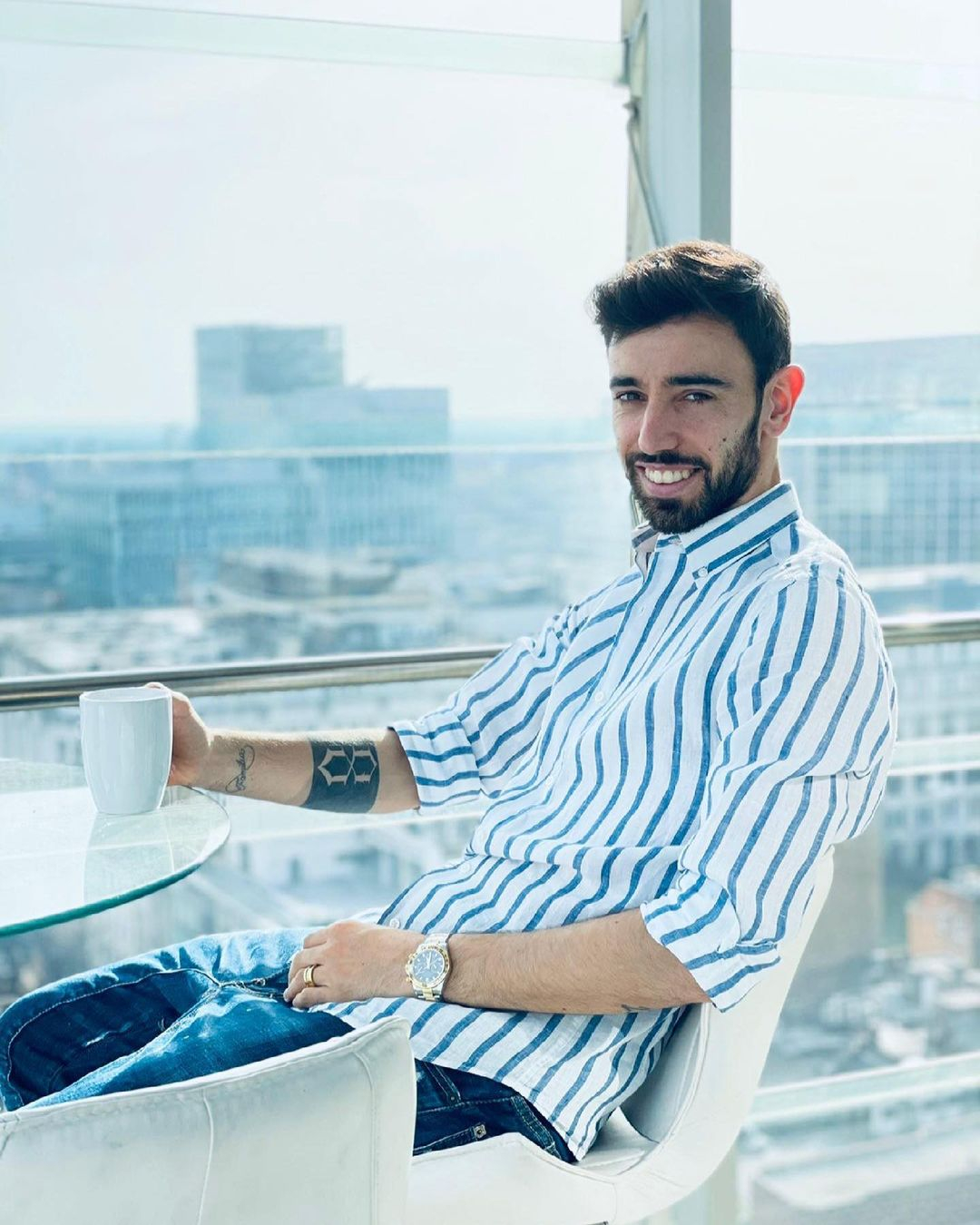 Pictured with a huge smile on his face, Fernandes captioned it with: “Ok, morning coffee is over… Q&A time… Who’s got a question? #AskBruno.”

That led to a cheeky response from United goalkeeper De Gea, who could not resist asking: “Are you a model?”

His good-natured shot comes in response to Fernandes taking aim at the stopper over the international break.

After first telling fellow goalie Dean Henderson that a snap he shared of a save against AC Milan was ‘for the photo’, United’s top scorer then set his sights on his rival for the No.1 jersey.

And Fernandes could not wait to comment with: “You do goalkeeper and model right?”

De Gea last played for United in the 0-0 draw with Chelsea on February 28 after he was given leave to attend the birth of his child.

And he failed to get any match action for his country over the international break.

Henderson replaced him between the sticks during his absence.

And that will leave Ole Gunnar Solskjaer with a tough decision to make when domestic resumes this weekend.

United welcome Brighton to Old Trafford on Sunday in the Premier League.