JURGEN KLOPP toasted a domestic Cup double – without his side scoring a goal in either final.

Mason Mount continued his miserable record in Wembley finals by having his sudden-death penalty saved by Alisson as Liverpool triumphed on penalties after a goalless draw, in a carbon-copy of this season’s Carabao Cup Final. 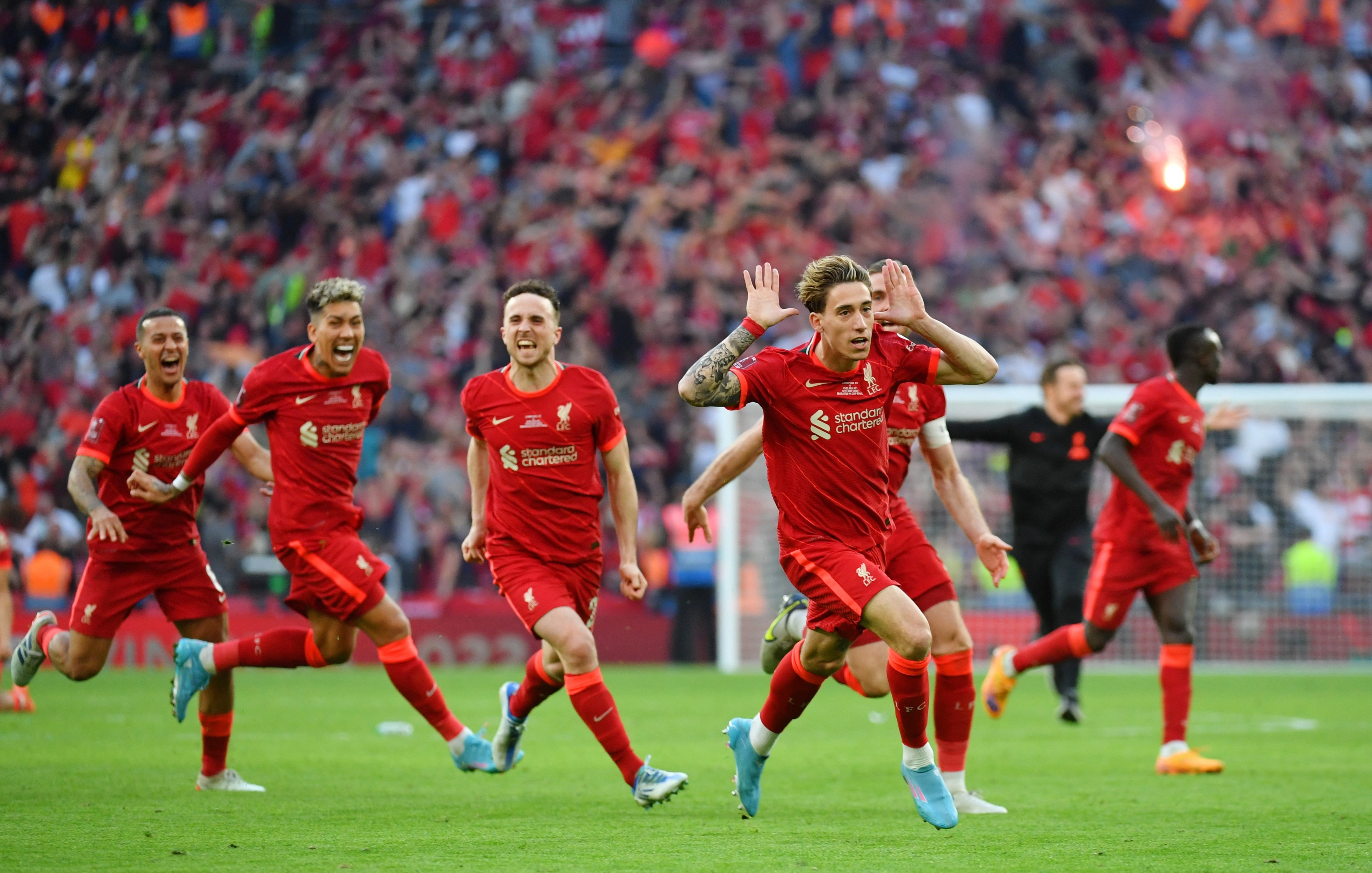 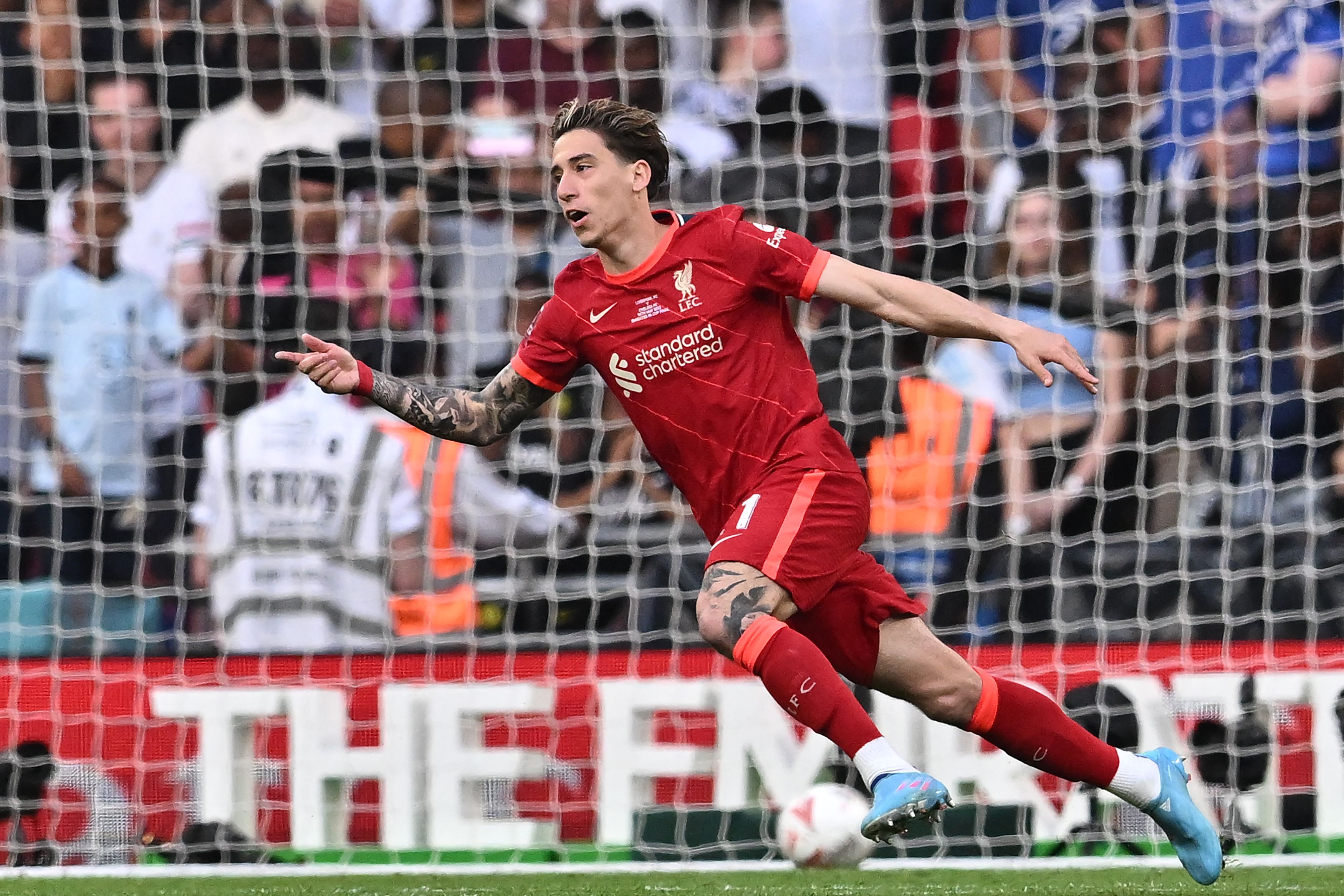 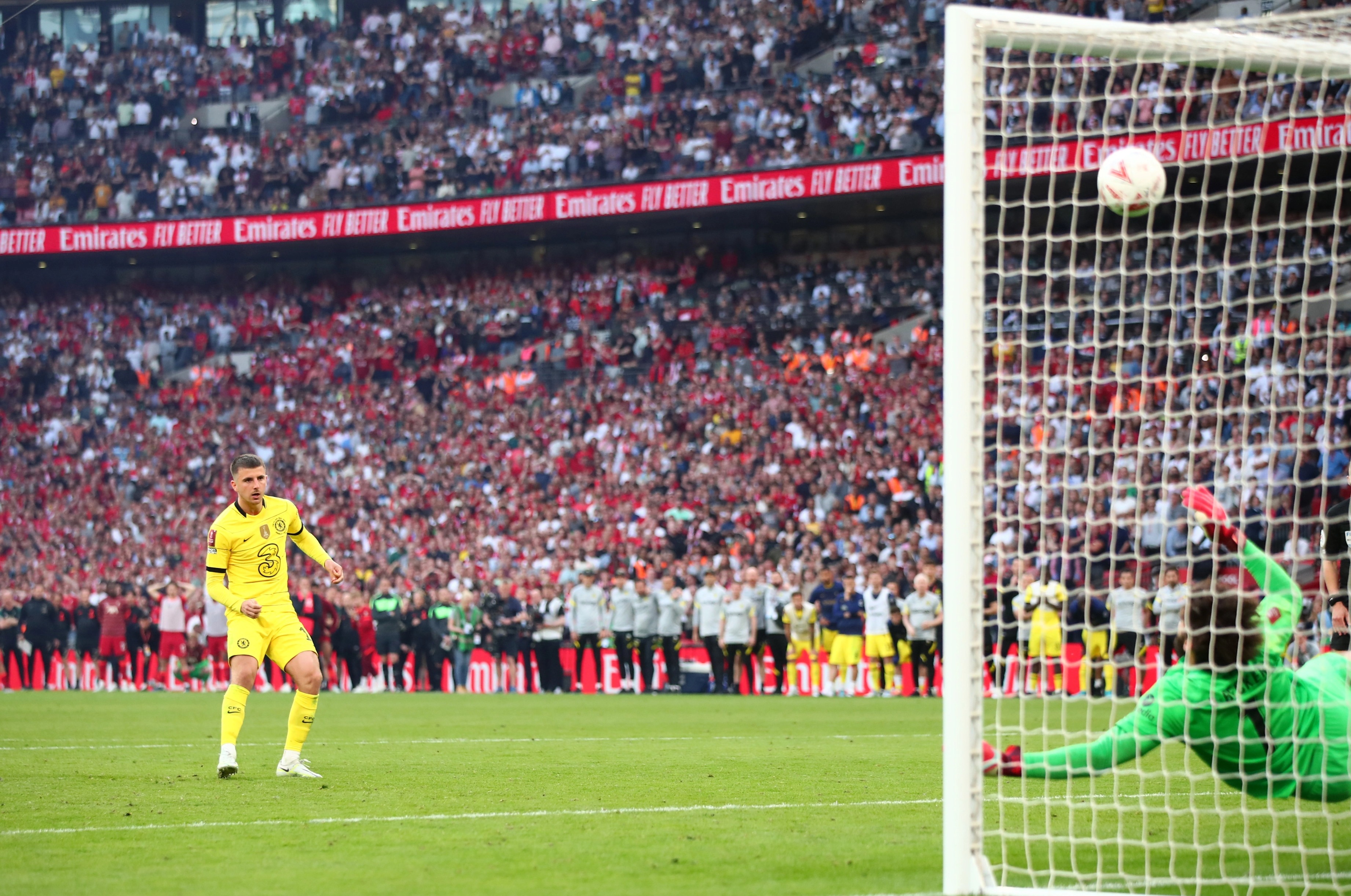 Earlier Chelsea skipper Cesar Azpilicueta hit the post with his side’s second spot-kick, only for Edouard Mendy to pull off a save from his Senegal international team-mate Sadio Mane.

So the quadruple is still on – although Liverpool are limping on towards glory, with Mo Salah and Virgil Van Dijk both withdrawn during the first Wembley FA Cup Final.

Should Manchester City win at West Ham tomorrow, Liverpool will need a minor miracle to win the Premier League.

But for now, Klopp’s remarkable side are still on for a clean sweep of trophies with the Champions League Final to come, against Real Madrid in Paris on May 28.

It was the first FA Cup Final shoot-out at Wembley, following the first goalless draw in 99 years of Wembley finals in this competition.

But after Salah had limped off with a groin injury in the first half and Van Dijk was substituted on 90 minutes, Liverpool simply kept on going.

They had struck the woodwork twice in the second half of normal time, through Luis Diaz and Andy Robertson, and had the lion’s share of the chances against a Chelsea side who are the first in FA Cup history to lose three straight finals.

'I bought a Ferrari, then £3m house and spend £30k on night out', says Richards

This was the first time Liverpool have won the FA Cup in 16 years and was testimony to the ‘mentality monsters’ tag Klopp has attached to his team.

In the build-up, there had been a blend of tradition and relative modernity.

Pete Tong – he’s a DJ, kids, not just rhyming slang – performed a set, then there were brass bands and Abide With Me – weirdly booed by the Liverpool fans, who’d presumably detected some anti-scouse sentiment in the ancient lyrics.

And it was proper blazing-hot Cup Final weather, just like you remember the Cup Final days of your youth, however old you are.

Tuchel opted for Trevoh Chalobah at centre-half, in place of captain Cesar Azpilicueta, and Lukaku up front, with Mateo Kovacic making a miraculous recovery from an ankle injury. Klopp went with his A-listers.

Chelsea had chosen to wear yellow because they had lost the previous two FA Cup Finals in blue. Although, in honesty, they’ve won plenty in blue in the past.

Liverpool tore into Chelsea early on. Neither Chalobah, on the right of the back three, nor Reece James, at right wing-back, seemed to have detected the presence of Luis Diaz on the left of Liverpool’s front three.

And on several occasions, Diaz was released into acres of space.

First up, the Portuguese dragged a shot wide. Then, after a gorgeous pass from Trent Alexander-Arnold, Diaz’s shot was blocked by Edouard Mendy’s legs, before Chalobah hacked off the line.

Tuchel was going berserk on the touchline and midway through the half, Chelsea joined in. 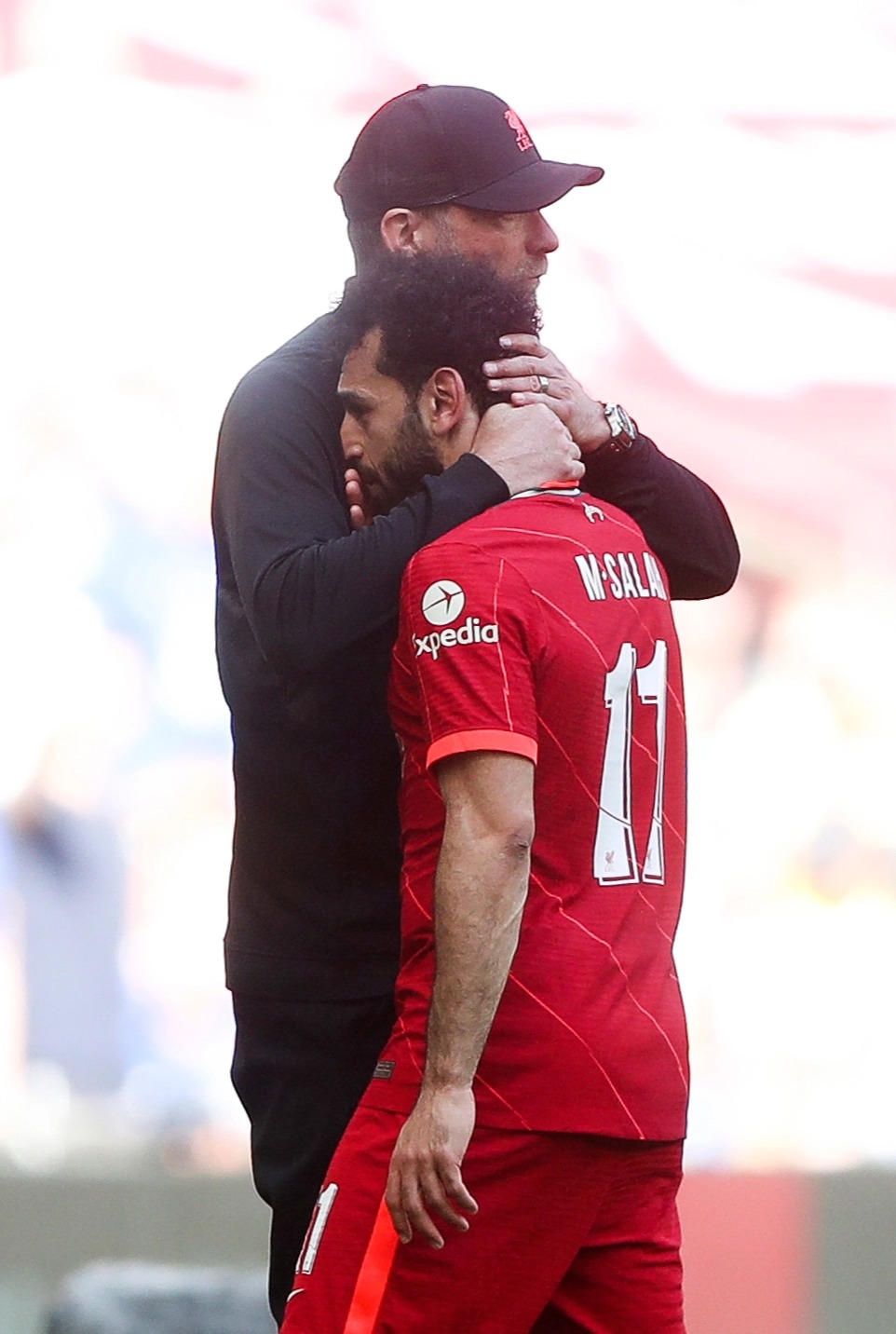 Christian Pulisic steered a shot wide from a Mason Mount centre, then an angled pass from the American found Marcos Alonso on the overlap but Alisson advanced to block his shot.

Then it got more promising still for Chelsea when Salah hobbled off just after the half-hour.

Salah’s replacement, Diogo Jota mishit a volley over the bar.

But straight after the break, Chelsea began to bombard the Liverpool goal – Alonso shooting wide, Pulisic forcing a sharp stop from Alisson and Alonso’s free-kick asking another decent save of the Brazilian.

At the other end, Diaz swivelled and drove one inches wide and then whistled a long-ranger just over.

Liverpool were beginning to tighten their grip, when Tuchel introduced N’Golo Kante in place of Kovacic, then Klopp brought on James Milner for Naby Keita.

James, who’d just been nobbled by Milner, was lucky to escape with a yellow card for a nasty challenge on Thiago Alcantara.

Diaz, yet again, went close, when he clipped the outside of the post from a Sadio Mane pass.

And then Mendy’s other post was clattered, when Milner whipped a centre to the far post and Andy Robertson shot against the upright from point-blank range.

Lukaku, who had puffed and lumbered with little joy, was replaced by Hakim Ziyech five minutes from full time.

In the 90th minute, Diaz out-paced Thiago Silva and bent his shot the wrong side of the post.

Van Dijk was withdrawn on 90 minutes and Chelsea had a good penalty shout when Ibrahima Konate shoved over Ziyech but ref Craig Pawson and VAR Paul Tierney were unimpressed.

Chelsea’s ageing defence was cramping up in the later stages and before the shoot-out, Ruben Loftus-Cheek was substituted just 14 minutes after he’d been brought on, in favour of Ross Barkley.