EMMA HAYES has admitted Manchester United are serious title contenders this season ahead of their crunch clash on Sunday.

The second-place Blues trail Casey Stoney's side by three points with a game in hand. 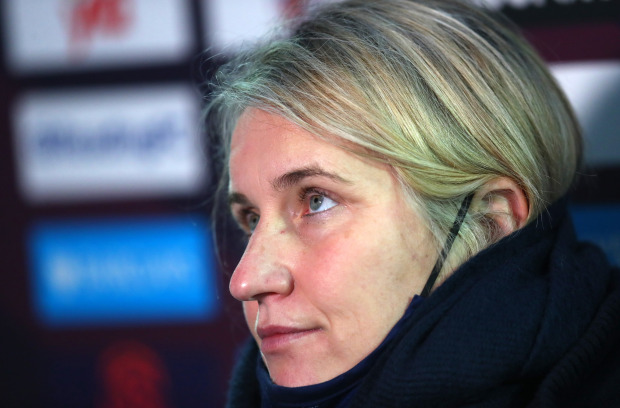 The two title-chasers face off at Kingsmeadow on Sunday, and a win for the West Londoners would see them leapfrog United on goal difference.

Chelsea won the league last term after the campaign was axed on a points-per-game basis amid the coronavirus crisis.

But Hayes has admitted United are fierce competitors for the WSL crown this term under England legend Casey Stoney.

She wrote in her column for the BBC: "Players are often so used to only having male coaches, so we should celebrate the fact we have so many female leaders in the WSL.

"Casey is a fantastic leader who has taken that team from one division to the next with a great group of players.

"She is getting the support from her club to be able to build a team that their supporters are proud of.

"The rise of Manchester United is clear for all to see and they are obvious contenders for titles, so we are really excited and looking forward to playing them on Sunday.

"They are deserving of the position they are in.

"I certainly celebrate the achievements of all women within the game and I am proud that I'm a part of a league that puts these people in positions like that."

United's Leah Galton scored a late leveller against Chelsea when they last met to rescue a point – after Sam Kerr’s strike for the champions.