NICK GIFFORD will give stable star Didtheyleaveuoutto a hike in trip at the Cheltenham Festival next month.

The trainer believes the gelding lacks the toe for the big two-mile races and will instead aim him at either the Coral Cup or Martin Pipe. 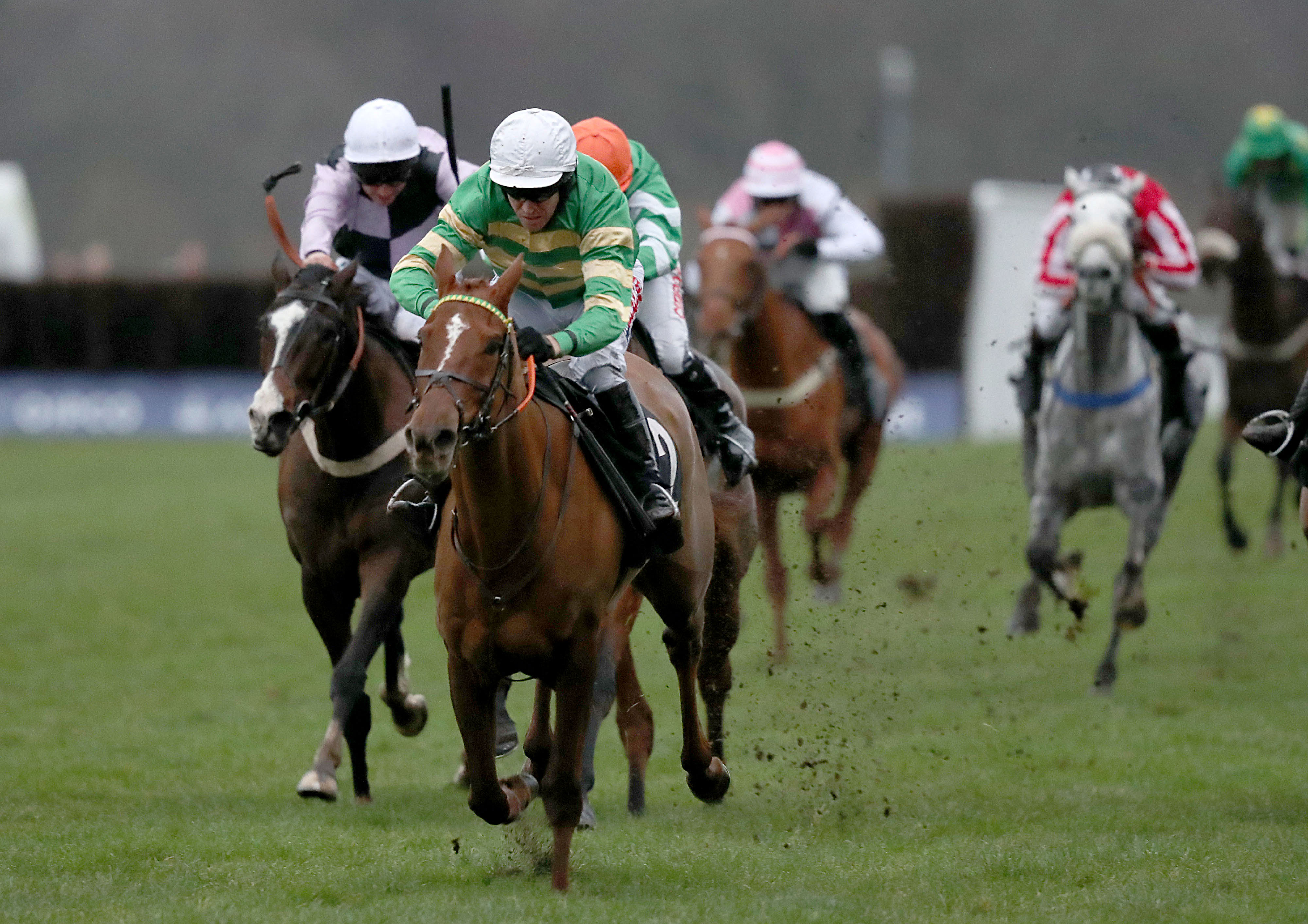 After finishing a disappointing ninth in Saturday's Betfair Hurdle, a slight drop in class is also on the agenda for the son of Presenting.

Gifford said: "I think the fallout from Saturday was that he answered a few questions.

"I had a few niggling doubts about him over two miles and he has shown he is not quite good enough in that grade over that trip and he now wants stepping up.

"He got away with it in his bumpers and his first two novice hurdles over two miles, but at the next level up he is clearly not quite up to it.