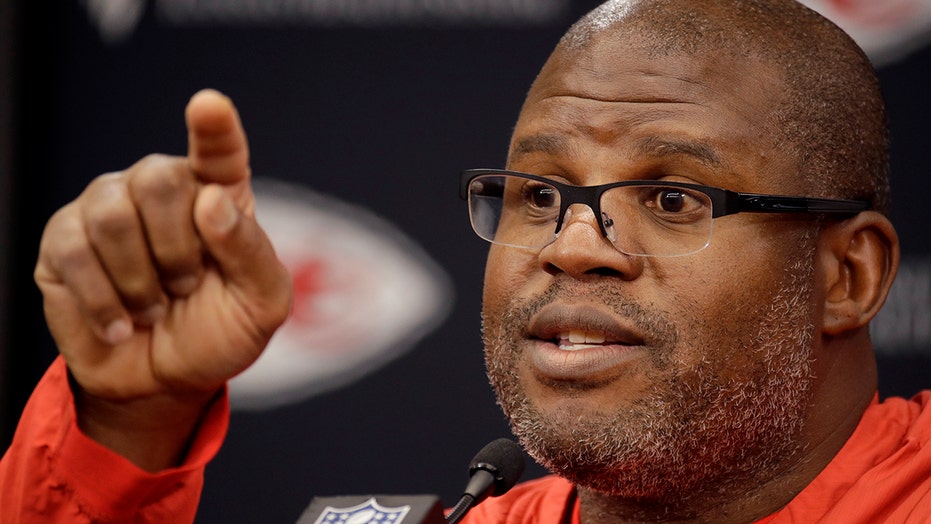 Kansas City Chiefs offensive coordinator Eric Bieniemy has landed a handful of head coaching interviews over the last two years, but he has yet to receive an opportunity to lead his own NFL franchise.

When it comes to minority candidates, Bieniemy is easily the clear-cut favorite. He’s been the coordinator for the Chiefs over the last three years, and with quarterback Patrick Mahomes leading the way, Kansas City has made three-straight AFC Championships and two Super Bowl appearances.

All of that success, and Bieniemy has yet to get that promotion.

The hiring of minority head coaches has been a huge problem in the NFL. There are only three Black head coaches in the league among the 32 franchises — Mike Tomlin of the Pittsburgh Steelers, Brian Flores of the Miami Dolphins, and David Culley of the Houston Texans.

“I did not ask to be the poster boy of this particular situation that I have experienced,” Bieniemy said on Tuesday. “At the end of the day, the only thing that you want to do is be recognized with all the things that you’ve accomplished, and for whatever reason that has not happened. That’s OK, because the only thing I know what to do is to just go back to work and continue chopping wood.”

Over the last three years, Bieniemy has coordinated an offense that leads the NFL in scoring [31 points per game], yards [406.9 per game], and yards per play [6.45].

“I don’t understand everything, I am not an owner, I don’t sit in those meetings to interview head coaches,” Chiefs head coach Andy Reid said. “Whoever gets him whenever they get him, they will be very lucky.”

Bieniemy interviewed for six of the seven openings this offseason, getting the opportunity with the Jets, Atlanta, the Chargers, Detroit, Philadelphia, and Houston, while Jacksonville appeared laser-focused on Urban Meyer.

Two of those jobs did go to minorities, with the Texans hiring Culley, and the Jets picking Robert Saleh, who is of Arab descent. Bieniemy didn’t get any of them.

“It’s always about getting the right job,” he said. “You got to understand, sometimes the job and the person have to connect. There has to be a connection. The only thing I can do is be my most authentic self. That’s who I am. I can only be me. Some team has to want me. On top of that, it has to be some type of collaboration and making sure that the chemistry is a fit. So for whatever reason, that chemistry has not been a fit. It has not been an opportunity to connect. But that’s OK.”