CRISTIANO RONALDO showed off his personalised shin pads – which has his own face on.

The United legend gave a glimpse of them before he came on as a substitute against Everton. 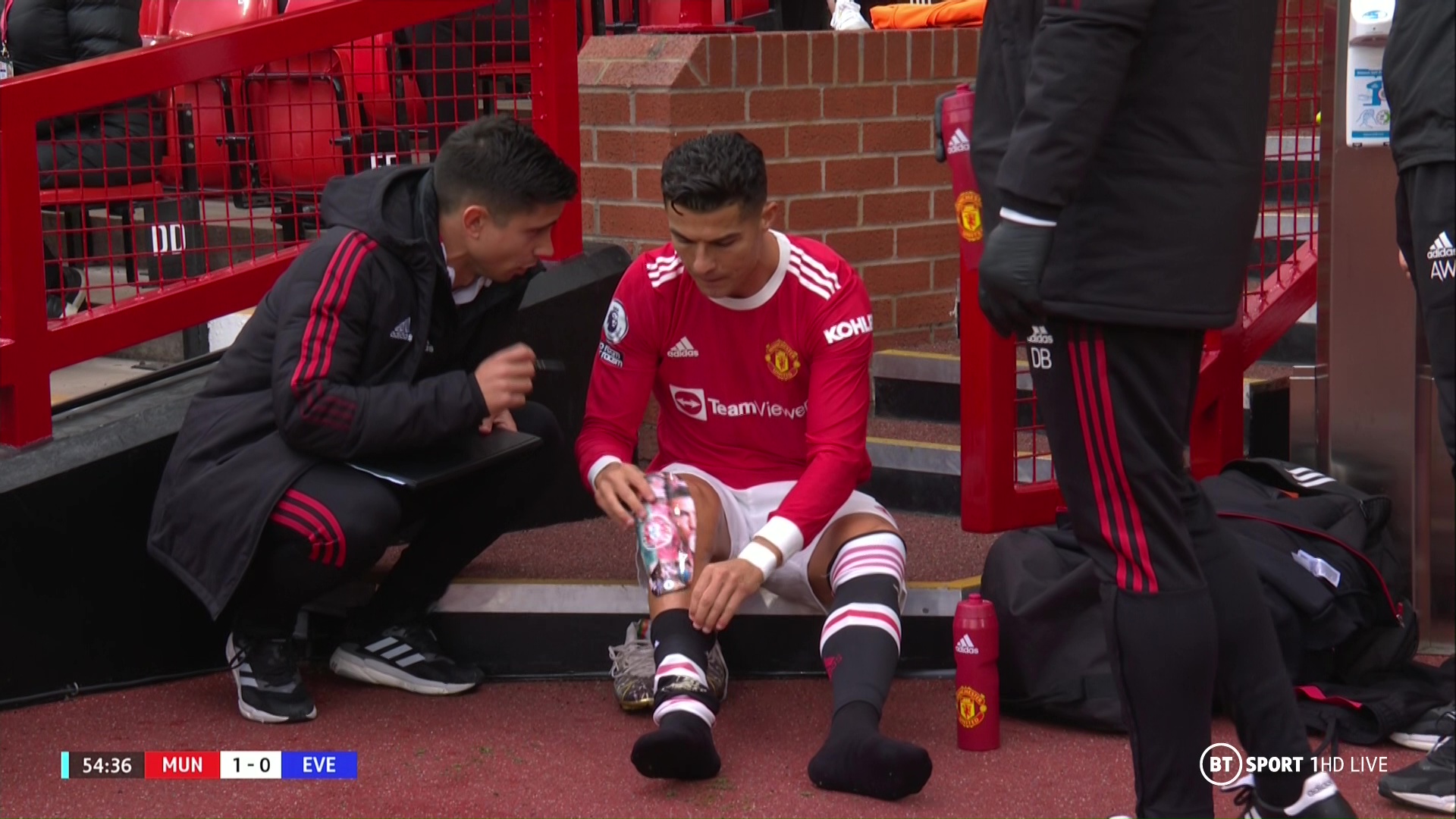 Ronaldo previously revealed he also had shin pads dedicated to his partner Georgina Rodriquez, which he wore in the summer Euros.

Soon after, he returned to Old Trafford in a dramatic transfer after leaving Juventus.

Since coming back, he has five goals in six games, including a recent Champions League winner against Villareal.

But manager Ole Gunnar Solskjaer decided to bench Ronaldo – who he spent four playing years with.

Explaining his decision, Solskjaer said: "Well Wednesday night was a big effort, big emotional and physical output so we needed to freshen it up for the early kick-off.

"The start of this game is going to be very important, we've got some very good players coming in. It's a team that we believe is going to take charge."

Edison Cavani replaced Ronaldo up front and Anthony Martial was also given a start out wide.

Solskjaer added: "Point to prove? There always is when you're on the pitch.

"If we are to be successful this season we need to rotate, manage the minutes, we need to make sure we are a big squad and we are together."