EVERTON forward Dele Alli is being eyed up by Turkish giants Besiktas, according to reports.

The former Tottenham man, 26, has started just one game for the Toffees since arriving at Goodison Park in January. 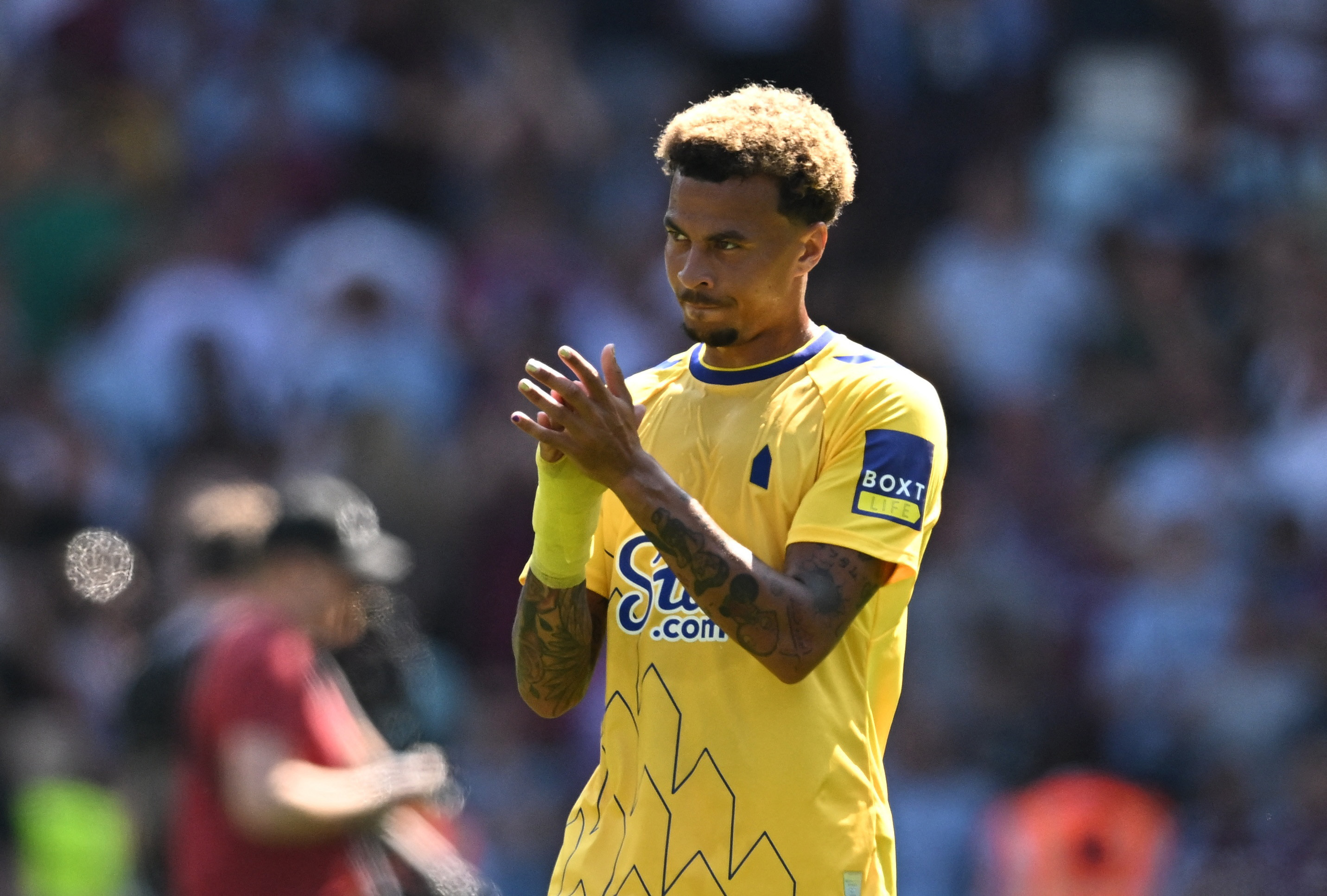 Under Frank Lampard he has been forced to settle for a role as an impact substitute.

However, he has had little effect off the bench and is yet to register a goal or assist in 13 appearances.

Just 38 minutes of action across the first two Premier League matches of the new campaign has compounded Alli's frustrations at his lack of game time.

And according to Fabrizio Romano, Besiktas are now interested in trying to take him off Everton's hands.

"Both loan or permanent are being considered, Everton are leaving it for the player to decide.

Alli was considered to be one of England's brightest talents when he came through at Spurs.

But particularly following the departure of Mauricio Pochettino, he has failed to hit the heights.

It was reported earlier this month that Lampard is preparing to put Alli into the team while Dominic Calvert-Lewin is sidelined with an injury.

Everton have lost their opening two games of the season to Chelsea and Aston Villa.

Winger Anthony Gordon led the line in both of those matches, with no recognised striker up front.

But Gordon may also be unavailable for this weekend's clash with Nottingham Forest as Chelsea attempt to close a deal for the 21-year-old Englishman.